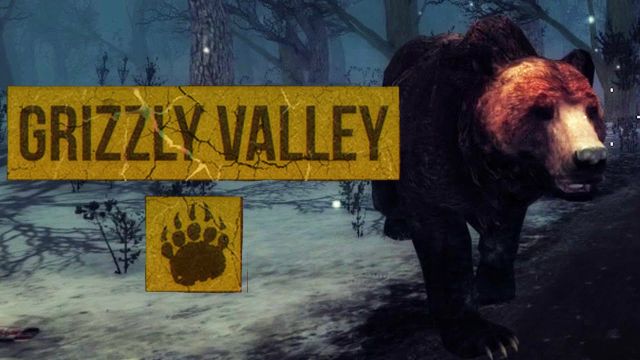 1975 saw the rise of "Jaws," a Spielberg-directed film about a shark hungry for man-flesh. It spooked the living hell out of audiences back then, and continues to scare them today for one tremendous reason: unlike vampires or werewolves or zombies, sharks exist. Not long after its success, it seemed every B-list filmmaker wanted to capture the magic and cash-in on "Jaws." Scores of critters got their own horror flicks, including alligators, octopuses, baboons, dogs, frogs, worms, slugs, crabs and bees. The technical name for this sub-genre is "natural horror," but fans refer these movies by a more affectionate moniker: "nature run amok."

As a fan of that sub-genre who happens to be a gamer, I often pine for a well made nature run amok video game. You know, either a first-person title where you outrun dangerous beasts or a survival-horror experience that's basically a mashup of Resident Evil and 1977's "Day of the Animals." Thankfully, I can verify that the former hypothetical game exists in the form of Grizzly Valley. You play a man named Michael en route to his girlfriend's abode. You only learn this because interacting with his telephone initiates an answering machine recording of a creepy, synthetic voice that says, "Are you still home, Michael? I'm waiting for YOUUUU."

So you spring into action. You mosey about Michael's home, trying to stave off the motion sickness caused by his awkward gait. Objects lie about the room, including soft drinks and ammunition. Your cursor seems to indicate that you can nab one of these items, but neither clicking nor pressing the usual E key accomplishes that end. You press the Escape key, hoping to summon a key binding screen. No such feature exists. After some experimentation, you discover that F grabs the goods. You know, the key that usually toggles your flashlight... 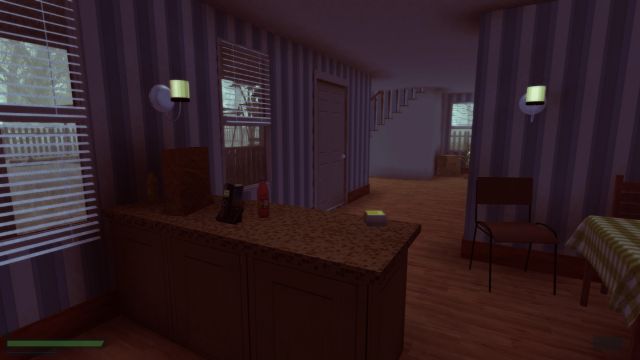 By now, you're probably itching to get mauled to death. Once you've filled up your backpack with drinks and/or ammo (pro-tip: ALWAYS grab the tablet, because it has a map app), you can set out into the world. Sadly, you have a ten kilogram weight limitation, so you need to plan ahead and formulate a strategy for surviving the coming nightmare. Apparently, Grizzly Valley doesn't want you entirely loaded for bear (pun definitely intended).

Once you crash, your next objective isn't clear. Get used to snags like that, because they entirely comprise this short campaign. The game doesn't tell you outright, but Steam's one and only guide reveals that you need to locate a toolbox and a car battery. You only find these event items by pulling up your map and scouring random buildings.

So you voyage into the night, jumping at every sough of the wind, snap of a twig or rumbling noise in the distance. Those moments are tense, and they don't get any calmer as you advance. I'll give Grizzly Valley this: for a below average video game, it's legitimately scary. It messes with you the way any frightening walking simulator ought to, plus its antagonist, like the shark from "Jaws," is an existing being and not some supernatural life form. If you live near the backwater, woodsy areas of North America like I do, a game like this hits home all the more. The experience plays to one of my irrational fears, of being stranded in the woods at night, and nails its fear factor with deadly precision.

Sadly, the rest of the experience isn't quite so terrific... 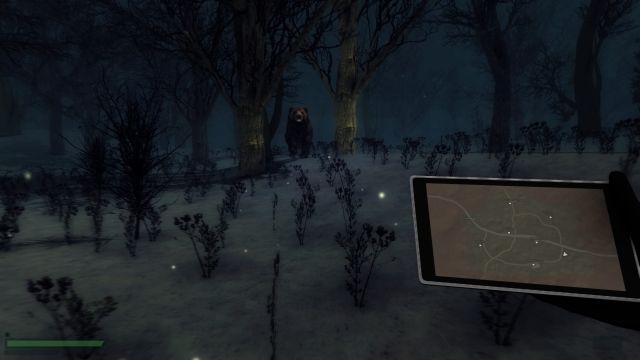 After some searching, you discover a generator that needs to be repaired, now adding wires and a jerrycan to your list of needs. Before you know it, you hear a growl nearby. You check the vicinity and sure enough, a humongous bear comes bounding towards you. So you produce your pistol and begin firing. If you're lucky, the bear will retreat. I wasn't so fortunate. During my first session, my ursine opponent charged through the bullet barrage and tore me apart. Grizzly Valley offers no continues or save flies, so when you die you must take your quest from the top.

And that's what I did, several times over. I searched all over the map for items and only found two at most. It's difficult to differentiate the necessary goods from the rest of the junk scattered about the handful of locations. Worse than that, the items you need to recover randomly spawn in different areas each time you begin a new game. For instance, I found the tools in a cabin once, and then never there again.

I found that forsaking the firearms altogether and grabbing every energy drink you can lay hands upon is a wiser choice. You don't have to scare the beast away, and eluding it will cause it to temporarily despawn. However, you only have a finite amount of stamina, and you run out quickly. This is where the colas come in handy. When you drink one, you not only recover your stamina, but gain a boost of speed that allows you to escape the furry one. Make no mistake, though; it will catch you eventually. Locating all of the items is a matter of luck, and few people have been that fortunate. 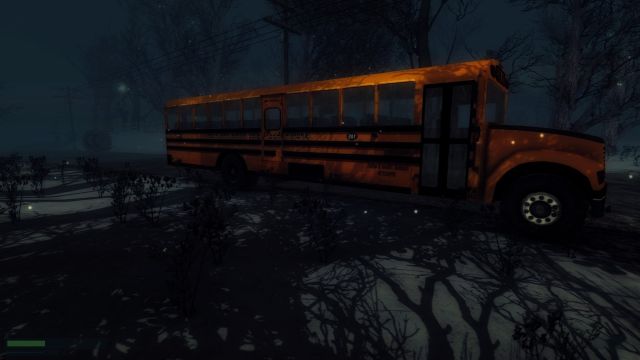 Never mind that Grizzly Valley employs some unique concepts. None of that changes the notion that you're playing a very basic walking simulator that's little more than a scavenger hunt. Once you escape the forest, assuming you get that far, you're done. This isn't scenario one, but the entire game, and you can't shake the notion that you've been through an ordeal that's somehow both grueling and underwhelming.

Ultimately, I'm still searching for a thrilling nature run amok gaming experience. Grizzly Valley is a terrifying title, because bears are real and being attacked by one while you're stranded is not impossible. However, its lack of content, nonexistent tutorial and all around peculiar design render it a mediocre take on the creature feature genre. Once you get your bearings (pun intended again), you find that the experience consists of a handful of fetch quests and no substantial material. You'd probably have more fun dusting off a couple of Christopher George flicks and cozying up on the couch.

If you enjoyed this Grizzly Valley review, you're encouraged to discuss it with the author and with other members of the site's community. If you don't already have an HonestGamers account, you can sign up for one in a snap. Thank you for reading!

© 1998 - 2022 HonestGamers
None of the material contained within this site may be reproduced in any conceivable fashion without permission from the author(s) of said material. This site is not sponsored or endorsed by Nintendo, Sega, Sony, Microsoft, or any other such party. Grizzly Valley is a registered trademark of its copyright holder. This site makes no claim to Grizzly Valley, its characters, screenshots, artwork, music, or any intellectual property contained within. Opinions expressed on this site do not necessarily represent the opinion of site staff or sponsors. Staff and freelance reviews are typically written based on time spent with a retail review copy or review key for the game that is provided by its publisher.