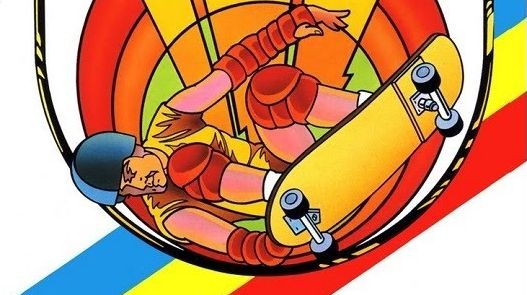 I'm no skater, though I respect the sport and the hobby. I sometime enjoy watching competitions and playing the occasional video game. However, I seldom touch anything older than the first ESPN Extreme Games title. Like professional wrestling, skateboarding is so complex that it's difficult to reiterate into a 2D video game with a two-button controller. Developers of such products must sacrifice much of skating's appeal in order to accomplish this. This didn't prevent some programmers from attempting to capture the excitement, if games like 720 Degrees are any indication.

Concerns arise as you enter the skate park hub, which consists of a few lousy jumps and a bunch of random passers-by, whose only purpose is to annoy you. Visually, these environs are primitive, even by NES standards. You see a lot of gray, broken by the occasional large patches of yellow. Granted, the NES's color scheme is easier on the eyes than some ports of 720, which barrage you with numerous, tacky shades of blue. However, it still isn't pretty.

You also endure terrible background music while trapped in the hub. The tune is catchy and bumps quite well for an 8-bit track, but has an overly sugary, flute-like sound to it that grates your nerves. And because it's catchy, it gets stuck in your head and plays in a constant loop until you want to grab your power tools and cut it out of your skull. 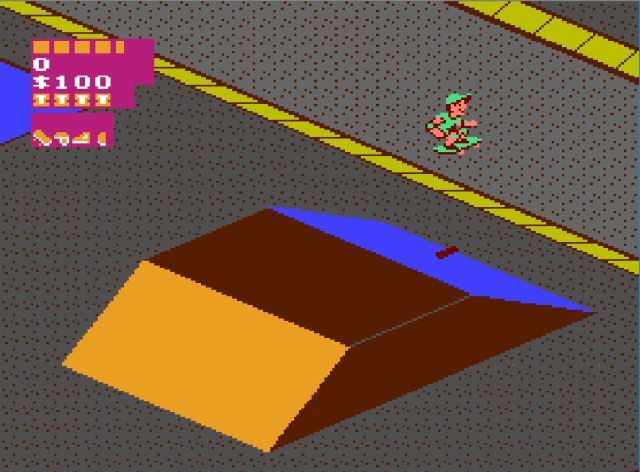 You can fool around in the park for a while and rack up some points. However, you don't receive a lot of time to waste because of a stringent time limit. The punishment for failing to abide the timer is bees. I'm not talking about harmless honey bees that some memes refers to as "bros," but African killer bees that fly in a skull-and-crossbones formation as they approach you. If they so much as touch you, it's game over. Thankfully, you begin with a hefty but finite supply of continues.

Unfortunately, you can't lean too heavily on your continue stock. The timer runs down quickly, and it sometimes doesn't give you a chance to skate from one event to another before unleashing the stingers. As a result, you will die a lot... in a skateboarding game... If you wish to finish the campaign, this is one of your biggest hurdles to overcome, and it really shouldn't be. To make matters worse, you have no way to expedite travel from one location to another. That's right: a game that's all about showing off your impressive skating skills doesn't offer a means to manually boost your speed (though you can later upgrade your speed for a price). The situation worsens when you happen to bump into one of the aforementioned pedestrians, as they stun you in an effort to further waste your time.

I'm usually a fan of added challenge, but 720's time limit is strict, unnecessary and doesn't mesh with its genre. Imagine if developers of other sports titles had tossed in some unrelated constraints to their games. Would Tecmo Super Bowl be an awesome retro NFL product if its players had life spans? Would the Dave Mirra series be as effective if you had to occasionally elude pissed off bears? How about Super Spike V'Ball with hidden landmines? I'm all for creativity and experimenting with unique combinations of elements, but uniqueness is not necessarily a merit. You have to ask yourself if the originality presented in a title is actually worthwhile, and 720's usage of a time limit and murderous insects warrants a definite "no." 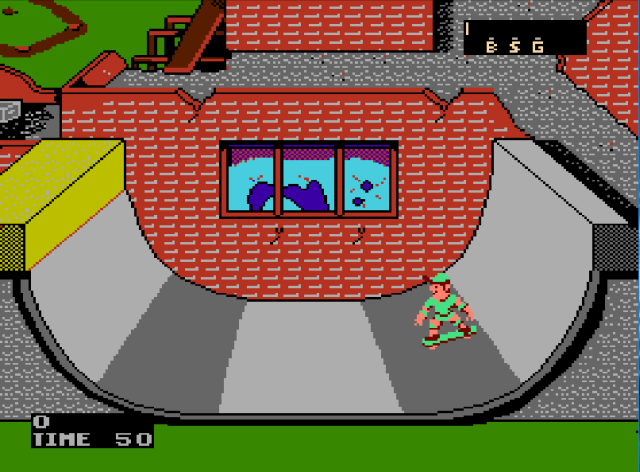 Honestly, I would have preferred if this title focused more on its featured events. 720 boasts four competitions, each with a few different variations. Sadly, though, none of them are terribly exciting. For starters, the ramp contest provides you with a confusing control scheme and wonky mechanics. I attempted this stage several times before scoring a proper trick, and even then I only kind of understood its play control. Most of the time, I wiped out and didn't know precisely why. The game also includes a slow, tedious slalom level, where you don't skate down an incline so much as mosey to the bottom. If you miss a pair of flags, you can actually whirl around and roll through them from the opposite direction, which is totally not what you're supposed to do in a true slalom event.

The jump contest offers no relief from the previous two, as it's a joyless segment to play. The event didn't translate well to 8-bit, so the "sweet jumps" your character pulls off resemble bunny hops. "Jump" lacks the coolness that comes with live competitions, and drives home the point that 2D games can't handle skateboarding nearly as well as post-16-bit platforms. The final event involves skating down a slope, while trying to transition between multiple ramps. Once you have that trick down pat (and it shouldn't take you long to figure it out), then you can complete these stages without breaking a sweat You don't have to worry about obstacles or other limitations; just don't screw up and you're golden.

As you might've gathered from my descriptions, all of these mini-games are terribly plain. Three of them are basically the same event with slight differences, where you skate down a huge ramp and either maneuver or jump. The other is confusing, and thus painful to play. 720 could have utilized several other concepts, such as rail grinding, but failed to do so. Instead, you get four different stages that are either baffling or tedious, with lifeless structures that present few memorable challenges. 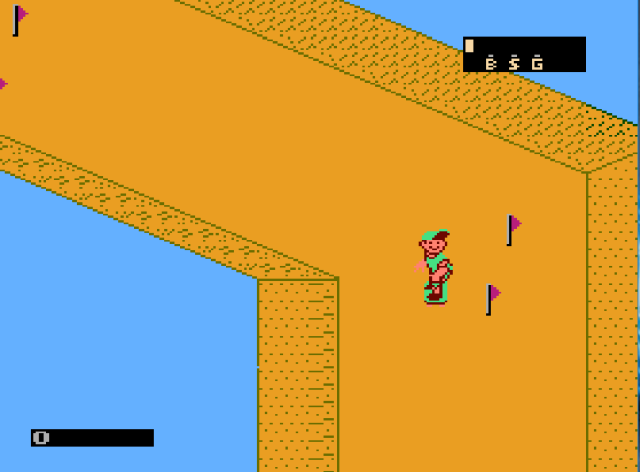 Once you complete all four events, the words "class finished" appear on the screen. Class two starts, with each level receiving a tiny extension. However, all these alterations manage to accomplish is transforming dull, tiresome levels into an even duller, more tiresome affair. As you advance, you earn more cash, buy a handful of upgrades, progress to the next class and begin the horrendous process anew. You only complete the campaign when you've finished class four, after you've survived sixteen mind-numbing mini-games.

Ultimately, you slog through a lot of monotonous or broken segments, all while avoiding unwanted challenges outside of competitions. In other words, 720 Degrees fails to capture skating's greatest qualities, instead opting to water them down. It's easier to appreciate elaborate tricks or skating skills in a three-dimensional environment, where you can glimpse finer details. In a 2D realm, it's just not the same.

If you enjoyed this 720° review, you're encouraged to discuss it with the author and with other members of the site's community. If you don't already have an HonestGamers account, you can sign up for one in a snap. Thank you for reading!

© 1998 - 2022 HonestGamers
None of the material contained within this site may be reproduced in any conceivable fashion without permission from the author(s) of said material. This site is not sponsored or endorsed by Nintendo, Sega, Sony, Microsoft, or any other such party. 720° is a registered trademark of its copyright holder. This site makes no claim to 720°, its characters, screenshots, artwork, music, or any intellectual property contained within. Opinions expressed on this site do not necessarily represent the opinion of site staff or sponsors. Staff and freelance reviews are typically written based on time spent with a retail review copy or review key for the game that is provided by its publisher.