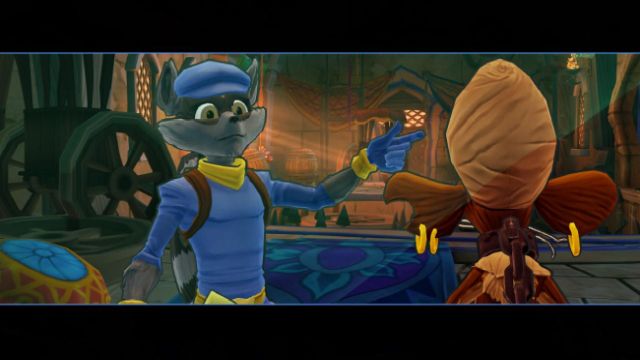 I should have loved Sly Cooper: Thieves in Time (hitherto called "Sly 4"). It exudes most of the qualities that made the previous three titles terrific platformers. It also stars the series' famous anthropomorphic trio, as they venture back in time to team up with some of Sly's ancestors. Structurally, this outing doesn't differ much from Sly 2 and 3. You enter a huge, explorable hub, guide one of the playable characters to a mission marker and begin a job that's only a small piece of an entertaining scheme. When the heist is complete, you move onto a new hub to begin the madness anew. The game's tone is absolutely right, its writing is on point and it maintains the feel of a true-blue Sly title.

Developer Sanzaru even improved a few features. For instance, they updated Sly's visuals so that they're sharper and more closely resemble modern cartoons. Among the alterations, Sly's character model saw a few tasteful changes, including a fuller and more detailed face. Sly 4 also sticks to the "dark, but not too dark" aesthetic that the serves as the series' trademark. It's less "The Secret of NIMH" and more "Darkwing Duck" in execution. Best of all, the game's graphics eschew that horrible blurry, ghosting effect seen in the PS2 installments.

Unfortunately, I can't praise the animation as highly as I can visual design. Now and then, action slows to a crawl and lags during key moments. Sometimes I'd attempt to leap over a pit or sneak past a guard and slowdown would set in. Thanks to that, I'd end up missing my jump or attracting unwanted attention. Fleeing also proved difficult when this occurred, because the lag would cause me to scramble rather than run away in the direction of my choosing. Granted, this issue only cropped up now and then, but it happened often enough that it soured the overall experience. 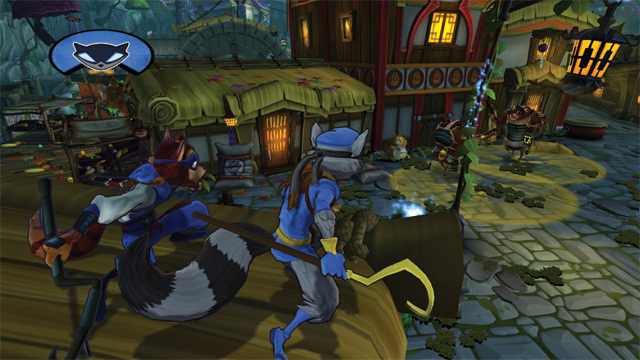 Yeah, the previous three titles also had visual issues, but they were easy to ignore because they sported wild missions and awesome campaigns. Every block of jobs was a masterwork cooked up by Sly's buddy Bentley, and each task contributed to a climactic finale. Sly 4 tries to maintain this standard, but falls just short of the mark. On one hand, it offers some amusing stages, such as one where you guide Sly's feudal Japanese ancestor Ryoichi through a geisha house. That level starts off with some breezy stealth, then sends you through a few obstacle gauntlets and a couple of scenes that make use of Ryoichi's ninja-like long jump ability.

A lot of conceptual "oldies but goodies" pop up as well, such as beat 'em up phases where you control Murray, hacking mini-games that imitate arcade shmups and standard sneaking stages with Sly and his family. These are welcome inclusions to any Sly campaign, but they only aid this particular experience so much...

My main issue with Sly 4 is that many of its missions are either underwhelming or overly frustrating. A few of them only require you to complete a single task, and those are done in the blink of an eye. One objective involves climbing walls with Ryoichi and slicing parts off of flowers, the first of which sits right above you as you begin the level. The other goal lies only a short distance down a nearby corridor, positioned in the middle of a basic platformer set piece. Another job makes use of Sly's medieval relative, Galleth Cooper, as you guide him in climbing a few simple towers and taking out surveillance balloons. These aren't terrible challenges, to be sure, but they're straightforward and lack the enthusiasm I expect from a mascot platformer. 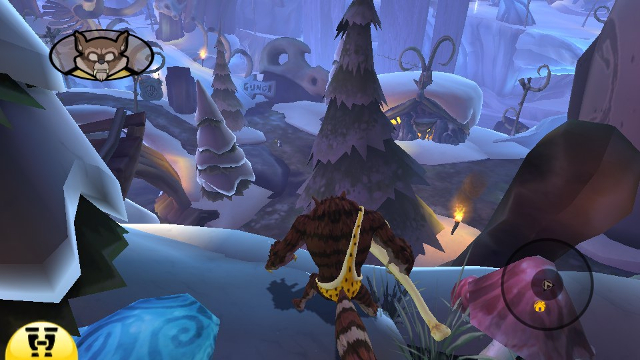 Ho-hum missions aren't the worst offerings here, though. The most painful moments involve either the Vita's motion controls, poor explanations or both. Remember Bentley's aforementioned hacking mini-games? They've expanded this time around, and now include scrolling shooter and pinball sections. The former is a great addition to the franchise, but the pinball segments add nothing but undue aggravation. You can only control Bentley's pinball during these scenes by awkwardly holding the Vita and tilting it. Personally, I only managed to get the ball rolling when my Vita was completely horizontal and I was hunched forward. To make matters worse, these challenges also come with wonky physics, making it difficult to discern how much you need to tilt the system. Either the ball moves too much or too little, and finding a happy medium is a nightmare.

An even worse part appears near the beginning of the campaign, where you use a magnet to catch fish. You move the thing by--you guessed it!--tilting the Vita. As you also might've guessed, the play control here proves irritating, thanks to over-responsiveness and issues with calibration. On top of that, the magnet seldom holds still, which is necessary for snagging a fish.

I also had my share of moments where I had no idea how to control characters. At one point, I had to blast bandits using Carmelita during a rail shoot-like level, and didn't realize for several minutes that I could zoom my reticle to lock onto foes. Obviously, I suffered numerous unnecessary deaths as a result. Tutorial messages do appear occasionally, but their print is small and difficult to notice, so it's easy to miss key information. I had an even worse time trying to take out a mech boss, because I needed to guide arrows via motion control to its weak points. The final weakness required ridiculous maneuvering that seemed impossible. I almost gave up until I accidentally discovered that I could move the arrow using the thumbstick. If a tutorial message ever explained this, I never saw it and damn well should have. 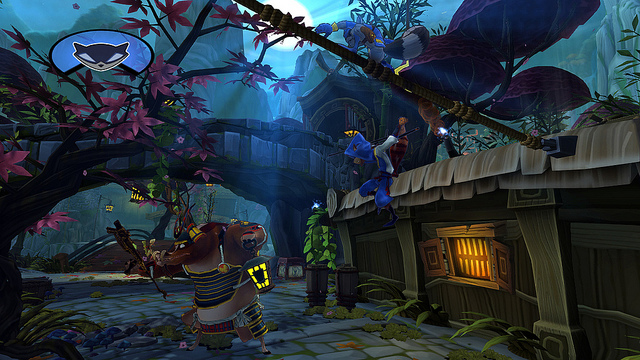 Thankfully, other boss battles aren't so awful. I will give Sly 4 this: it boasts some of the best boss encounters in the series. Few of them boil down to mindless rumbles, and instead aim to test your patience and ability to memorize patterns. One of my favorites pits you against an elephant who's a music enthusiast. You first have to travel across tight rails while avoiding the occasional electrical spark. After that, you brawl with her for a bit, then attempt to trick her into destroying satellite towers when she charges at you. Unlike previous titles, where such fights are drawn out, this one provides you with checkpoints. That way you don't need to begin these lengthy wars from the their starting points.

As I ended Sly Cooper: Thieves in Time, I couldn't shake the disappointment. I didn't hate the adventure, and quite enjoyed some of it. Hell, I'll even say it's more or less a quality product. However, its campaign is tiresome, and the missions that comprise it are unremarkable. Maybe the previous installments spoiled me, but I think it was more likely that Sly 4 is just a mediocre platformer. Whatever the reason, I hope any future titles (assuming we see any more of them) learn from this slight misstep and endeavor to bring excitement back to the series.

If you enjoyed this Sly Cooper: Thieves in Time review, you're encouraged to discuss it with the author and with other members of the site's community. If you don't already have an HonestGamers account, you can sign up for one in a snap. Thank you for reading!

© 1998 - 2022 HonestGamers
None of the material contained within this site may be reproduced in any conceivable fashion without permission from the author(s) of said material. This site is not sponsored or endorsed by Nintendo, Sega, Sony, Microsoft, or any other such party. Sly Cooper: Thieves in Time is a registered trademark of its copyright holder. This site makes no claim to Sly Cooper: Thieves in Time, its characters, screenshots, artwork, music, or any intellectual property contained within. Opinions expressed on this site do not necessarily represent the opinion of site staff or sponsors. Staff and freelance reviews are typically written based on time spent with a retail review copy or review key for the game that is provided by its publisher.