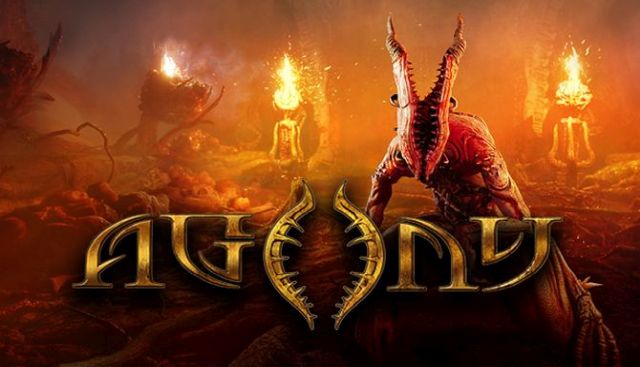 Agony is an interactive voyage through Hell. You assume an the role of an unidentified soul plummeting into the abyss, where your eternal damnation immediately begins. The game cranks up its gore factor as you hit the ground, where structures formed of rotting flesh and bone surround you. You mosey a little farther and find huge, pulpy, hollowed out skulls that serve as braziers. Further exploration reveals even ghastlier details. Disembodied parts lie strewn about the land, especially whole hearts that work as event items. Piles of mutilated bodies appear every so often, as well as the occasional tormented soul. For instance, you'll find men with spikes rammed through their rear ends that stick out their mouths, skewered like shish kabobs. Meanwhile, demonic fetuses dangle from ceilings, and unidentifiable corpses sit half-eaten.

You'll uncover so many wretched details that you'll either exit the game right away or scour the grounds to spy as much horrible wonder as possible. Soon, you locate a few wandering souls, whispering to themselves with their eyes cut out. Grotesque succubi appear, their heads resembling toothy genitalia. They stalk the lands, sometimes stopping to snatch up a severed limb to noisily munch. You'll even happen upon some truly sick cutscenes, like one featuring a deformed imp who builds a wall out of stones and babies.

Most of the content I covered above pops up within the first hour or so. I won't say encountering those sights was delightful by any means, but Agony's world is nothing if not intricate. You'll stumble upon plenty of hidden Easter eggs and horrific set pieces at which to gawk. 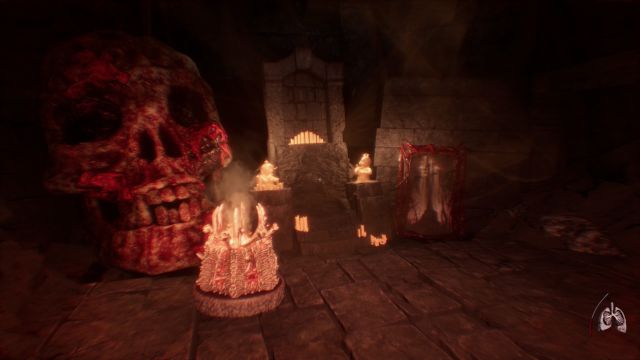 Unfortunately, this version of Hell is also sufficiently busy and overwhelming as to desensitize. Everywhere you go, you glimpse some act of brutality or a nasty depiction of torture or mass murder. You get to the point that you're completely unfazed by scenes where flying monsters eat children, and by views of tremendous waterfalls of blood and the umpteenth pile of dead people. Granted, you are supposed to be in Hell, so it's understandable that the experience is over the top. However, Agony's ceaseless balls-out approach doesn't translate to compelling gaming or well executed horror. It tries too hard to shock, and its approach grows old and exhausting.

Once this trip's main emphasis loses steam, its flaws become all the more apparent. For one thing, Agony is confusing. You spend the first couple of hours wondering what the hell you're doing, wandering aimlessly with few landmarks to guide you. You scope out numerous alcoves and hallways, only to discover they're either dead ends or part of loops that send you back to where you began. Thankfully, you start this train wreck with an ability that shows you where the rail lies. However, it's not always reliable. It sometimes guides you past key objectives or ushers you through dangerous territory that you're better off avoiding.

Your woes only stack up when you complete level one and travel into a forest. At least in the first stage you had tunnels and corridors to guide you. Now you must trudge through thick foliage and open fields, swim across lakes and rivers that sometimes go nowhere and encounter situations that practically require a walkthrough. One area thrusts you into a dense, dark brush that kills you after a few seconds. No matter how many times you attempt to push past it, you perish. It turns out you're supposed to grab a torch, which sits in a fire pit across a lake. The only way to get it to the cursed brush is to negotiate a few logs that aren't keen on having people jump on them. Often, you'll slip off and splash into the lake, extinguishing your torch in the process. 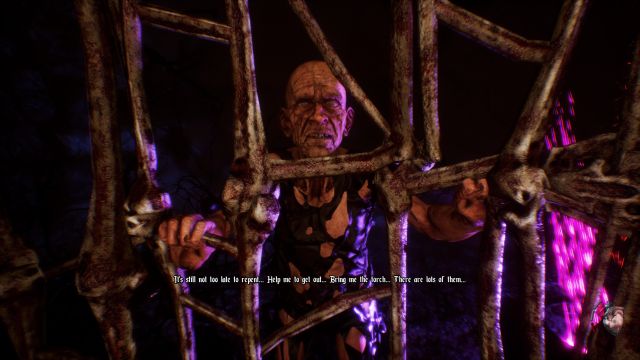 Of course, demons attempt to dispatch you throughout your journey, making your already perplexing odyssey more annoying still. Your human form lacks adequate demon-slaying skills, so you need to sneak past your foes. However, you never know how to accomplish this feat without aggroing them. Some creatures can hear you creep by them, even when you're in stealth mode. Others can sense your breathing, so you need to hold your breath. Even then, monsters often spy you out of the corners of their eyes or from a long distance, so the rogue approach usually proves to be a liability.

"You can hide," the game says, as it chuckles to itself. Almost every time I hid from a succubus, she found me and ripped me apart. Instead, I tossed stealth out the window and just ran anytime I encountered a enemy, or found ways to avoid it altogether. I actually evaded more demons by sprinting past them than I ever did by tiptoeing quietly. I had to wonder by the end of the campaign: what was the point to even including stealth elements?

Death doesn't send you back to a checkpoint, necessarily. A tutorial message pops up and informs you that you can possess nearby people, but you must do so before your soul expires. However, the game never explains how to perform this move, so you initially end up floating around and pressing every key until your spirit winks out. It also fails to mention that you can't possess hooded NPCs, or that you can remove their hoods to make them "possessable." 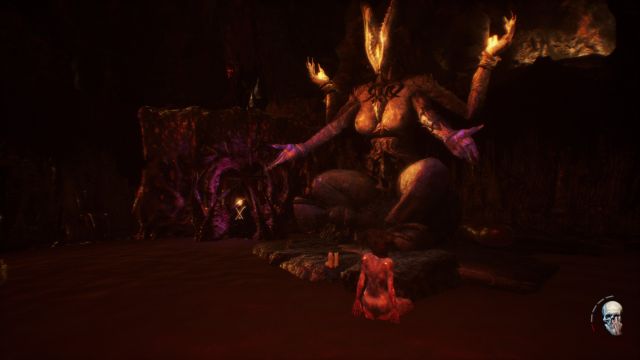 Later on, the protagonist learns to possess demons as well, which is cool at first. Your hooves produce a satisfying clip-clop everywhere you run, and you can cast destructive spells. However, demons can't interact with the environment for some reason, so possessing them is usually a waste of time. More than anything, this feature represents a huge missed opportunity, where entertaining segments could have revolved around utilizing the skills of infernal beasts.

Instead of indulging your desire for savagery, Agony would rather send you through gauntlets of tedious tasks and ho-hum platforming. Rather than horrifying or properly challenging, the overall experience is tiresome. You'll sigh every time you come upon a door locked by a sigil, because that entails backtracking to locate symbols hidden in the environment or scrawled on walls. Once you find one, you must pad back to the door and it works. Sadly, you can only memorize one sigil at a time, so if the one you have isn't the winner, you need to scour the area again.

You'll groan during every cinematic scene or whenever an NPC speaks, because the voice acting's quality hearkens back to early '90s straight-to-video horror fare and pornographic films. Overacting and wooden line reads dull Agony's edge, painting it as a bottom tier B-movie rather than a biting work of horror. I'm not talking about about the fun, self-aware B-movies produced by Troma or Full Moon, either. Think more the abysmal variety that show up in "fifty movie" collections in Walmart's dump bins.

Agony's developer, Madmind Studio, announced that it had to censor the game in order to market it. A few grisly scenes landed on the cutting room floor, much to the chagrin of Kickstarter backers. Madmind later announced (and later canned) an "Unrated Edition" with those segments restored. However, I don't think their inclusion would've helped Agony at all, because its issue isn't that it's not shocking enough. I mean, you see disemboweling, demon sex and frontal male nudity (complete with wangs that sport their own dangly physics) throughout your quest. No, this game needs an overhaul, including a less confusing campaign, improved acting, fewer chore-like activities and no redundant stealth elements. Truly, this game captures the essence of crawling through Hell, but for all the wrong reasons...

If you enjoyed this Agony review, you're encouraged to discuss it with the author and with other members of the site's community. If you don't already have an HonestGamers account, you can sign up for one in a snap. Thank you for reading!

© 1998 - 2023 HonestGamers
None of the material contained within this site may be reproduced in any conceivable fashion without permission from the author(s) of said material. This site is not sponsored or endorsed by Nintendo, Sega, Sony, Microsoft, or any other such party. Agony is a registered trademark of its copyright holder. This site makes no claim to Agony, its characters, screenshots, artwork, music, or any intellectual property contained within. Opinions expressed on this site do not necessarily represent the opinion of site staff or sponsors. Staff and freelance reviews are typically written based on time spent with a retail review copy or review key for the game that is provided by its publisher.