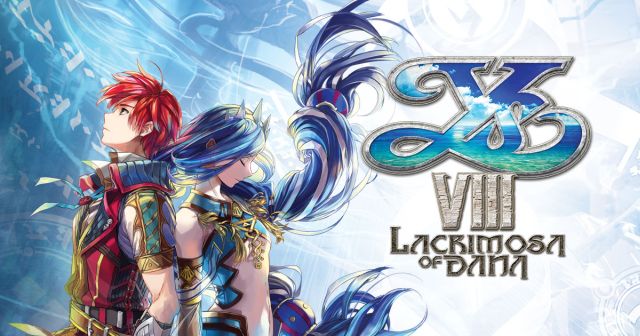 Ys VIII: Lacrimosa of DANA begins with a desperate struggle and a disaster. The franchise's protagonist Adol Christin rushes to the deck of a cruise ship to fend off a massive sea beast. Unfortunately, he's unable to thwart the creature's assault. Its tentacles grip the vessel and tear it asunder, spilling its guests and crew into the sea. Adol finds himself on the cursed, deserted Seiren Island. Fortunately, he also locates a few survivors, and together they form a village. From there, he sets out with a noblewoman named Laxia to discover if anyone else survived the wreck, and that's when the experience really picks up.

Adol and company venture into dense jungles, towering mountaintops and lush plains in search of castaways. Along the way, he reunites with his bro Dogi, recruits additional warriors to aid him in battle and rescues skilled laborers. They sharpen his weapons, fill his medicine bottles, tailor new clothing and grow crops from the seeds he finds. Since there are no other active human settlements on the island, money is useless. Instead, Ys VIII features a bartering system, wherein all of the goods you nab from either defeated monsters or harvest points serve as currency as well as crafting materials. Seashells, fangs, bones and stones, among other goodies, earn you new items or strengthen your arsenal.

You'll need all the best weaponry you can get, too, because Ys VIII's landscape is crawling with critters. Its diverse ecosystems sustain giant bugs and killer amphibians, aggressive primates and titanic dinosaurs. Yes, dinosaurs. Freakin' dinosaurs! Gigantic sauropods included! And all you possess to defend yourself is the brand's usual blend of swift, smooth combat As with any respectable action title, you execute crushing combos, follow them up with an impressive library of skill attacks and finish off the opposition with "extra skills" (read: limit breaks). When you defend or dodge oncoming blows at just the right time, you enter either "flash guard" or "flash move" mode, respectively. The former renders you invincible while boosting your critical rate to one hundred percent, and the latter slows your opponents to a crawl while you continue to move in real time. As you can tell, Ys VIII's combat system is nothing new, but it doesn't need to be. It's simple and effective, not to mention fast-paced and exciting. 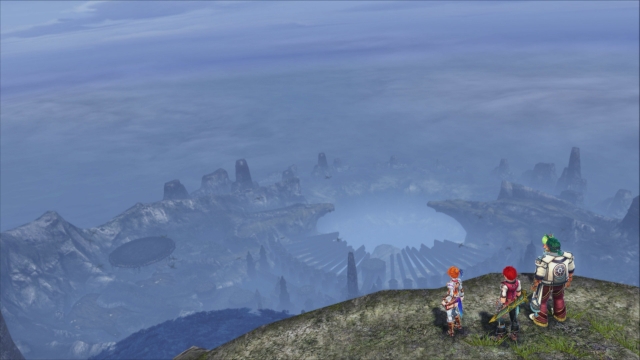 Even without physical rewards, Ys VIII is magnificent adventure. Seiren is full of visual splendor, from gorgeous rock formations to immense plants to enormous animals. You'll glimpse a palm tree the size of an office building, the remnants of an old civilization and long extinct wildlife. You'll plunge into the depths of a sunken grotto, scale a mountain teeming with vicious reptiles, charge across a dinosaur-strewn grassland, search a landlocked coral forest... I could go on for ages, because Ys VIII provides you with so many memorable, beautiful locales to explore.

As this is an Ys title, you can expect a top notch soundtrack. Falcom Sound Team delivers another stunning collection of music, with tracks that bolster the game's adventurous qualities. Breezy and exhilarating music greets you the first time you step into the overworld and explore, later replaced by rockin' theme as you approach a boss. One of my favorites is a softer, adventurous melody that plays when you enter the coral forest, invoking memories of past J-RPGs. Excellent somber tunes also play during many flashback sequences, reminding you that Ys VIII is a tale of triumph in the wake of heartache and despair.

Ys VIII strikes a wonderful balance between freedom and storytelling. The game offers you fairly free reign over the goals you wish to accomplish. You could venture out and spend an entire session farming materials or catch up on side quests and gift-giving events that increase your reputation. Now and then, though, Ys VIII wrests control from you so it can play a cutscene that furthers its tale. At first, it's annoying because you want to cut the chatter and continue exploring. However, the story introduces its title character Dana and the hardships she faced before joining your entourage. Although you have to endure several cinematic sequences that take you away from the adventure momentarily, they aren't wasted moments. 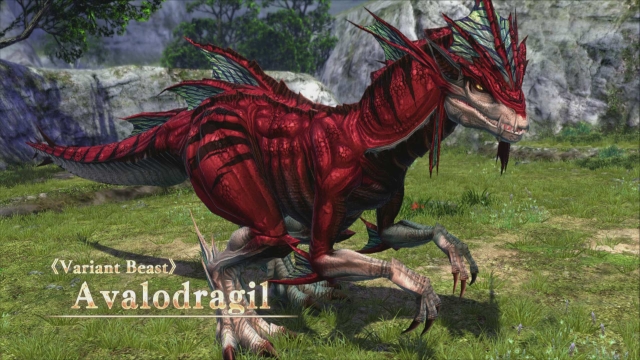 Dana is a wonderful heroine. She's bold and loyal to her people, and willing to make tough decisions. She's the kind of person who would start a flood to put out a fire, knowing that it was a dangerous but ultimately wise decision. She's a woman both blessed and cursed with foresight, allowing her to act against coming calamities while carrying with her the grim realization that she may not be able to prevent them. She struggles against her own ill-fated destiny because it's the right thing to do and because other lives depend on her.

Dana is not a romantic subplot device. Any romance between her and Adol is subtle or simply nonexistent. The lack of romance between the two is a breath of fresh air, because romantic subplots these days have become cliche. This is not to say that all of them are disposable, but many of them utilized in modern fiction come off as obligatory, unnecessary and/or unbelievable. It's wonderful that Ys VIII focuses more on camaraderie, rather than contrived notions of lust and love. 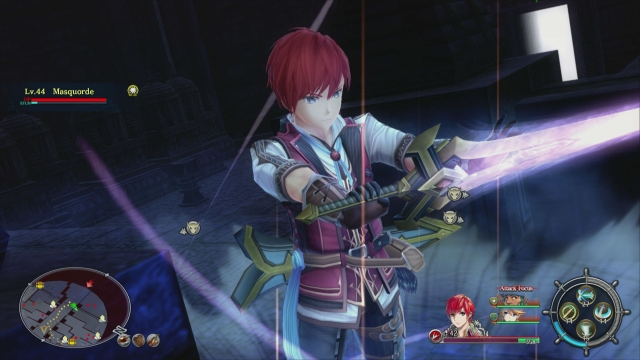 Ys VIII's cast has plenty of chemistry, too. Each character showcases a variant personality that lifts up the experience, from Sahad's jolly attitude to Hummel's cool demeanor. Supporting cast contribute graciously as well, including a spoiled nobleman, a hot-headed military cop and a youngster who's too afraid to admit his love for adorable animals. It's not just the variety of personalities that makes the game special, but the familial bond they share as members of the castaway village. We see them come together numerous times, offering whatever help they can to ensure everyone's survival. They build a home for themselves, defend it from countless predatory invasions, put together plans for getting off the island and execute them as a unified team. They share in each other's sorrow when death inevitably rears its head, and celebrate collectively each time they score a victory.

As I reached the campaign's conclusion, I felt an all too familiar sorrow wash over me. I knew that that Ys VIII: Lacimosa of DANA had to conclude eventually, but I didn't want it to. I haven't felt post-awesome-RPG blues in a while. Hell, I thought I never would again. However, leave it to a developer like Nihon Falcom to deliver a product that's so thick with equal amounts of action, adventure and heart--oh, and dinosaurs--that you don't want to put it down. 'Til we meet again, Adol Christin...

© 1998-2021 HonestGamers
None of the material contained within this site may be reproduced in any conceivable fashion without permission from the author(s) of said material. This site is not sponsored or endorsed by Nintendo, Sega, Sony, Microsoft, or any other such party. Ys VIII: Lacrimosa of DANA is a registered trademark of its copyright holder. This site makes no claim to Ys VIII: Lacrimosa of DANA, its characters, screenshots, artwork, music, or any intellectual property contained within. Opinions expressed on this site do not necessarily represent the opinion of site staff or sponsors. Staff and freelance reviews are typically written based on time spent with a retail review copy or review key for the game that is provided by its publisher.