Kiryu Kazama's mostly noble and usually illegal actions over the course of Yakuza 5 have not gone unnoticed by local authorities, who corner him in a hospital at the start of Yakuza 6: Song of Life and arrest him. He could fight the charges, his friends assure him, but he decides he doesn't want to. Family is more important than knowing a good lawyer, he reasons, and he hopes spending three years in jail will allow him to emerge from prison a man freed from his yakuza associations. He longs to enjoy quality time with Haruka and the youngsters at Sunshine Orphanage.

For all of his considerable strengths, Kiryu can sometimes be a fool.

The long-time franchise hero emerges from prison to find that Haruka has disappeared. His brief visit to the orphanage is followed by a journey to Kamurocho, where a quick investigation shows that much has changed during Kiryu's time behind bars. Daigo Dojima, the "Sixth Chairman" is now in jail for a crime he didn't commit, and a sleazy (probably evil) fellow now leads the Tojo Clan in his protracted absence. The clan is currently at war with the Triads, a group of Chinese thugs that is quickly securing a stranglehold over the former yakuza domain. And there are other issues, as well. 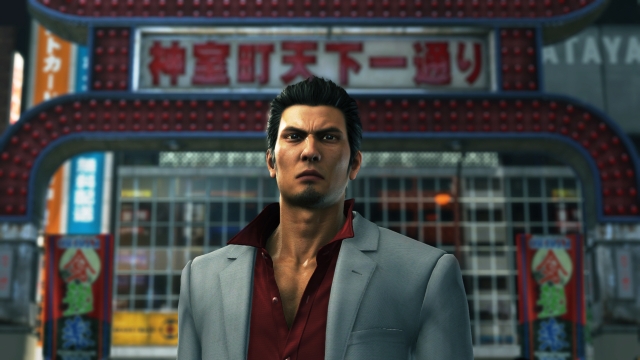 Kiryu attempts to avoid becoming involved in the growing chaos as he searches for Haruka, who eventually shows up at the local hospital. She's unconscious and may never awake from a coma. She also brought an unexpected gift: a very young boy named Haruto who appears to be her son. The identity of the boy's father is unknown, which means the toddler will soon become a ward of the state. So of course, Kiryu abducts him and flees to Onomichi, where he quickly meets a new group of thugs who are part of the Yomei Alliance. The more time passes, the more obvious it becomes that in order to solve the mystery of the hit-and-run that may yet claim Haruka's life, Kiryu must immerse himself once more in the life of crime he hoped to leave behind him. One more time, he must be "The Dragon of Dojima."

That's a lot of review text to devote to plot, I realize. But if plot isn't your thing, it's possible Yakuza isn't a series you can fully appreciate. The twisting narrative is one of the game's great strengths. It's like a soap opera sometimes, negotiating one series after another of absurd twists that shock the player and drag him happily through each new chapter, even if he doesn't understand the significance of half of what's happening at any given point in time. It'll all make sense in the end, probably, and the journey is too much fun to ignore.

If you haven't played the previous five games in the series, you might wonder if it's okay to start with a sixth installment that wraps up events from games dating back to the PlayStation 2. The answer is a resounding "Yes." For one thing, there's an option from the menu that lets you read handy text summaries of each past installment. I did just that before I began playing, even though I had put a fair bit of time into the first game back in the day, not to mention dozens of hours clearing Yakuza 5 when it recently arrived as a digital-only title on PlayStation 3. Names came at me fast and furious, and finally I decided that none of that mattered anyway. I started playing and found I soon was comfortable with the few characters who tied into the new events. There's a rich backstory at play, and familiarity with it certainly doesn't hurt, but you can jump in and enjoy yourself even without that. 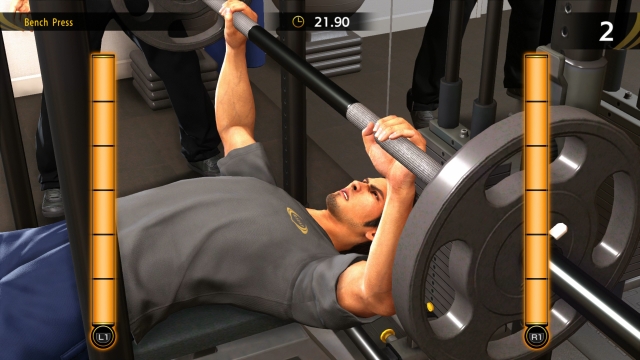 Most of the principle players this time around are new to Yakuza 6, anyway, whether they be new friends or enemies. The few recurring characters mostly are introduced in cameo roles. Load screens fill you in on just who they are, so you never have to worry about being lost for long. As for the new crew, they quickly found their way into my hearts because the plot takes the time to properly introduce them and to explore new facets of their character. Yakuza 5 told the sprawling story divided among multiple point-of-view heroes, but this newest game is more intimate. You never control anyone but Kiryu, which allows more time for the folks around him to develop.

I won't lie: playing as just the one character suits me fine. Kiryu has always been my favorite, and while I miss controlling Haruka as she strives to become an idol (a portion of Yakuza 5 that unexpectedly became a real addiction for me), those events clearly belong in the past. Helping Kiryu as he helps the people around him is a real treat that meshes perfectly with narrative themes that deal with the nature of family and the importance of maintaining strong bonds with those you love. Yakuza 6 is confined to only a couple of cities and the one main character, but in some important ways feels more ambitious than its spectacular predecessor. Which approach is better? There's no definite answer.

Of course, plot isn't the only reason to return to the streets of Kamurocho. Yakuza 6 carries on the grand tradition of offering a ton of diversions in the form of extensive mini-games, side quests and more. I romanced a hostess, spent time in a chat room with a camera girl, found and fed stray cats to populate a cat cafe, lifted weights at a gym and more. Moving at my own pace, I reached the closing credits in a somewhat meager 25 hours, but I still had plenty left to do and I happily spent hours more just exploring the familiar city streets. I reckon doing everything would take closer to 50 or 60 hours, not counting time dedicated players might devote to the New Game+ mode that becomes available once the final opponent is put in his place. 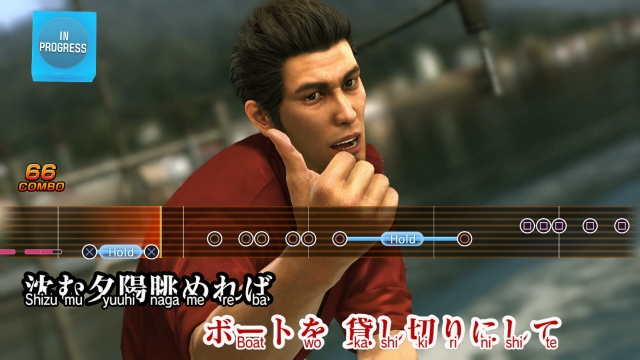 One new diversion that deserves particular attention is the "clan" mode, which allows Kiryu to fight and recruit characters he meets on the mean streets. These fellows have certain affinities, such as the ability to use swords or grenades or guns. You can appoint them as captains in your clan, or as soldiers. You level them up with standard experience points, or through victories in real-time battles that play out as an attraction separate from the standard campaign. From what I could tell, it's also possible to take your clans online and battle other players around the world, though I had no personal interest in doing that ahead of the game's release. It could work beautifully. It could be a disaster. I really didn't care because the game already offered me plenty of content to keep me busy and entertained for dozens of hours.

It also frequently impressed me with how beautiful it looks, which is a recurring theme for the franchise. Yakuza 5 was one of the prettiest PlayStation 3 games I've ever played. I feel it still competes with much of what you'll find on PlayStation 4. Yakuza 6 takes that polish to the next level, though. Characters communicate emotions with wrinkled eyebrows, disapproving compression of their lips, sneers and more. We're still at the point where Hollywood's best can do a better job, and noses occasionally seem to float on faces instead of being properly attached, but the gap between reality and fantasy at this point is so narrow that for practical purposes it doesn't matter. And because the voices are all in Japanese (with very effective subtitles), lips sync naturally. The result is one of the most cinematic games I've yet played.

Yakuza 6: Song of Life is the sort of adventure the medium doesn't produce nearly as often as it should, probably because so much of the total experience relies on details that are difficult to get just right. The development team has risen to the challenge, though. Again. The result of that labor is a digital world you won't want to leave, even when the last thug falls and you've explored the dozens of side quests and diversions encountered along your journey. Whether you're a returning fan or a newcomer to the franchise, you owe it to yourself to experience one of the most immersive and memorable adventures video games of this generation.

If you enjoyed this Yakuza 6: The Song of Life review, you're encouraged to discuss it with the author and with other members of the site's community. If you don't already have an HonestGamers account, you can sign up for one in a snap. Thank you for reading!

© 1998-2021 HonestGamers
None of the material contained within this site may be reproduced in any conceivable fashion without permission from the author(s) of said material. This site is not sponsored or endorsed by Nintendo, Sega, Sony, Microsoft, or any other such party. Yakuza 6: The Song of Life is a registered trademark of its copyright holder. This site makes no claim to Yakuza 6: The Song of Life, its characters, screenshots, artwork, music, or any intellectual property contained within. Opinions expressed on this site do not necessarily represent the opinion of site staff or sponsors. Staff and freelance reviews are typically written based on time spent with a retail review copy or review key for the game that is provided by its publisher.