Sometimes you get the urge to play a game within a certain genre, but you don't have the time or motivation to start up a completely new adventure. Worry not, because freeware has you covered! Many of these titles present you with a dearth of content and conclude in the blink of an eye, but there also are games like You Have 10 Seconds that provide you with enough familiar devices to while away a short chunk of time and satisfy a simple craving.

You Have 10 Seconds is a straightforward platformer with a self-explanatory rule system. Its campaign offers four worlds, each containing eleven tiny levels. These stages consist of brief obstacle courses and a door that serves as the exit. As its title implies, you must reach the door within ten seconds or you die. Of course, landing on a bed of spikes also subtracts a life from your pool. 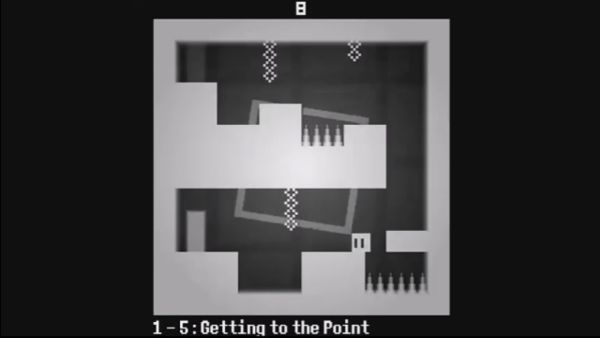 Unlike most modern platformers, You Have 10 Seconds only gives you a few lives. You earn more as you advance, but the game ends once they're spent. You return to the title screen and must take the world you were playing from the top. Thankfully, once you've unlocked a world, it remains unlocked. There's no need to play through the entire campaign with a single set of lives.

You Have 10 Seconds utilizes minimalist visuals and a basic soundtrack. Levels are mostly black and white, with the occasional environmental flair used to spruce up the place (such as a dangling chain) and a colorful, abstract background. Obviously, the game isn't trying to wow you visually, and it wants you to concentrate on its mechanics first and foremost. Even its soundtrack offers decent tracks that smack of NES era music, but with added easily listening and house elements. These cuts fill the void properly, but aren't amazing. 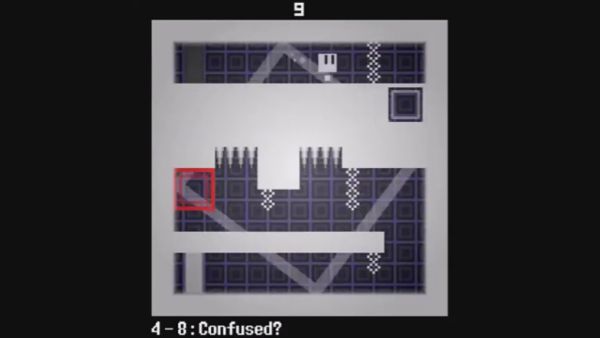 Gameplay is impressively fast-paced, and requires quick thinking and fast reflexes. You'll need to guide your character, who's just a box with eyes, around corners, across treadmills and through tunnels full of water in short order. Some gauntlets also require perfect timing or rhythm to survive. For instance, one level thrusts you into a spike-lined room. The entire stage is also located underwater, so you'll need to swim to your goal. If you press the jump button too hard, you'll nail the top and perish; too lightly and you'll sink and end up impaled. Getting through this level might take some practice, but it requires you to learn how You Have 10 Seconds's physics work and discover a rhythm that will carry you over the danger in a timely manner.

I wish I could report that the game is tight as can be, but its mechanics are slightly wonky. Mainly, the jump physics are a tad heavy. When coming down from a leap, your character falls with an unnatural heft that requires some acclimation. It might cost you a few lives, especially during more twitchy scenes involving double-jumps. Mind you, the game's play control is not so broken as to render it unplayable or repugnant. However, it does raise the platformer's frustration factor.

Each world past the first one offers stages built around a particular gimmick. What's impressive is the way each world maintains its given theme. World two features lofty ledges and daring falls that require double-jumps to surmount. The third area is partially submerged, with plenty of tense moments involving underwater spikes. The final area, unfortunately, doesn't make the most of its magnetic gimmick, but it does contain a few tricky sections where you cling to magnets before marching toward victory. 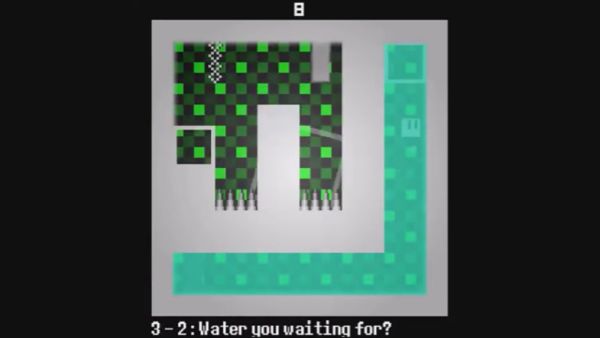 My only major gripe is the same one that could be applied to many other freeware PC games: You Have 10 Seconds lacks content. Yeah, I know: "It's free, ergo you can't expect much from it." However, there have been free games in the past that have offered decently lengthy campaigns and plenty of distractions. Cave Story, for instance, started off as a free Metroidvania title before receiving tons of enhanced editions. Look, I'm not saying You Have 10 Seconds isn't an entertaining game in its own right, but I'm also not going to praise the hell out it for offering a mere fifteen minutes' worth of strong material.

However, sometimes you have an itch that needs to be scratched and you don't want to commit to a humongous project, or even a short one for that matter. Sometimes you don't want to devote hours to a playthrough, and you would rather have your genre-specific needs met by playing a game that's intuitive, easy to pick up and over before you know it. Products like You Have 10 Seconds serve that need, even if they aren't amazing. They have a unique place in the gaming world, and I appreciate them for that.
3/5

If you enjoyed this You Have 10 Seconds review, you're encouraged to discuss it with the author and with other members of the site's community. If you don't already have an HonestGamers account, you can sign up for one in a snap. Thank you for reading!

© 1998-2021 HonestGamers
None of the material contained within this site may be reproduced in any conceivable fashion without permission from the author(s) of said material. This site is not sponsored or endorsed by Nintendo, Sega, Sony, Microsoft, or any other such party. You Have 10 Seconds is a registered trademark of its copyright holder. This site makes no claim to You Have 10 Seconds, its characters, screenshots, artwork, music, or any intellectual property contained within. Opinions expressed on this site do not necessarily represent the opinion of site staff or sponsors. Staff and freelance reviews are typically written based on time spent with a retail review copy or review key for the game that is provided by its publisher.