Xenoblade Chronicles 2 is one of the best and most ambitious JRPGs I've ever had the pleasure to play. Unfortunately, it sometimes is too deep and complex for its own good (that's not a phrase I ever thought I would write about a game I enjoy so much), which results in an absolute treat for genre veterans that will probably chase away half of the audience the product so richly deserves to reach. I wish I could recommend Monolithsoft's latest masterpiece to everyone with even a passing interest in the RPG, because it's such a joy to experience when everything clicks, but the occasional missteps are too much to completely dismiss.

As the game begins, players are introduced to a young teen named Rex. He lives on the back of a dragon-shaped creature he calls "Gramps," which is known as a titan. It drifts in the cloud sea, a makeshift landmass just for Rex. The lad spends his days working as a salvager, so he can earn money to send back to his family in Fonsett Village. It's dangerous work, but he has earned a reputation as a dependable worker, despite not being at it for long. One day, he receives a summons to the local trade guild, where Chairman Bana introduces him to a group of mercenaries who need his help salvaging a nearby ship that is adrift amid the clouds. The job pays well, and Rex accepts gladly. Soon he and his new acquaintances are working through the bowels of a ship, where Rex breaks a magical seal on a door and finds a strange sword. He unlocks a powerful entity known as the Aegis, which saves his life when his cohorts betray him and leave him for dead. So begins an unlikely journey through one of the most absorbing fantasy worlds the genre has ever produced. 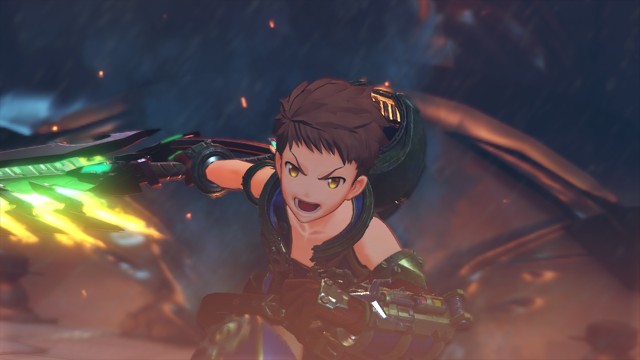 I'm not usually one who pays much heed to the stories in video games, but Xenoblade Chronicles 2 almost immediately caught my attention. Rex is mostly likable, and his journey finds him teaming up with an assortment of interesting characters who start out as anime-style tropes but quickly develop layers of welcome depth. Friends become enemies, enemies become friends, power corrupts, friendship perseveres, and people almost die. Then some of them actually do die, and the writers handle those moments and other similarly complex issues so deftly that I had to care in spite of myself. The game is divided into numerous chapters, and I often reached the end of each new one with adrenaline rushing through me and demanding that I keep playing for at least a few more minutes to find out what would happen next.

The world you are tasked with exploring in Xenoblade Chronicles 2 is frequently beautiful. Titans come in all sizes, including some so large entire cities and ecosystems are positioned in them or on them. Many a time, I would find myself wandering spectacular canyons, panning the camera to look up at the face of towering cliffs, watching birds fly overhead or fish swimming in shallow pools of water that surrounded crumbling ruins. There's no shortage of breathtaking vistas. Story and world design merge beautifully and resonate, courtesy of consistently beautiful art direction (not to mention an emotional soundtrack with numerous compositions from Yasunori Mitsuda of Chrono Cross fame), and so the most natural response is a state of near-constant wonder as you explore each new location and learn about its place within the overall world.

Side quests serve only to enhance the sense that you are living in a real world with a centuries-long history to celebrate. Those quests, which offer helpful items and generous experience bonuses, often task players with venturing to portions of the map that otherwise aren't interesting except for the views, treasure and enemy encounters they offer. You might have to defeat a challenging mob of foes, or retrieve an item, then return to the source of the mission for a reward or new objective. Along the way, however, you'll learn more about a citizen or location. In one of my favorite side quests, which itself was one in a string of quests tied to a character who otherwise appears in only a brief scene or two, I had to investigate the murder of a noblewoman. I explored a whole complex of buildings and the nearby wilderness. In the process, I uncovered a conspiracy that had virtually nothing to do with the main story, but which was interesting and valuable just the same. 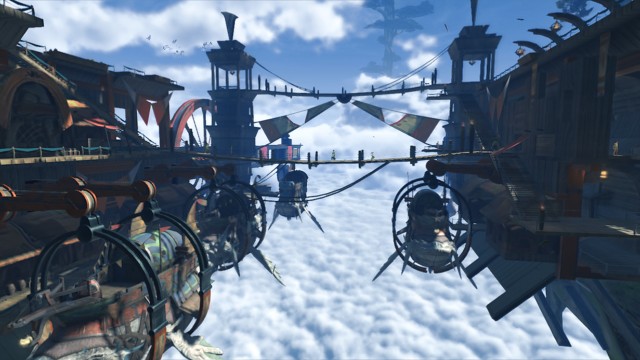 Xenoblade Chronicles 2 features numerous examples of depth along those lines, and I could likely fill entire paragraphs with interesting details but never do much more than scratch the surface. I can't help but admire what a huge project the game must have been during its development, and I mostly love how all of that attention to detail and depth came together. Mostly. But there are issues, as I alluded to in this review's introduction, and they begin with the combat.

I would hasten to add that I mostly do like the combat system the game features. It offers a unique mix of real-time battles and the turn-based conventions of old. You can move your chosen character freely around the battlefield, switch targets with the press of a shoulder button and wail on your foes until they submit. If you get within range of your target, you also will attack automatically with weak blows, unless you specify something a little heartier. Those more powerful moves require you to fill gauges. And using those moves in turn fills additional gauges that let you unleash devastating attacks with elemental affinities attached. You can break down an enemy's defenses, topple it and sometimes even launch it into the air, all to deal extra damage. Also, you can chain attacks between your three active party members, which leaves your enemy exposed so you can unleash even more powerful attacks that have the chance of doing obscene amounts of damage, especially if you extend them across multiple turns.

The game explains these new systems to you as you go, but there is a lot to keep straight and sometimes you might miss a cue or simply not understand a concept until you've had time to play around with it for hours. I had been playing Xenoblade Chronicles 2 for more than 100 hours and it was still introducing new mechanics. The constant influx of new information wouldn't be so bad, except the game expects you to stay on top of things. By the time you reach the late chapters, battles drag on for a long, long time unless you are expertly making use of the available strategies on a regular basis. 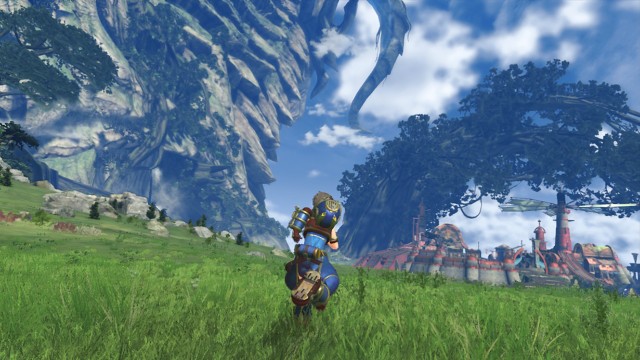 A related issue is character customization. Rex and his friends can all be equipped with various accessories. They also can unlock blades, which are special warriors that make the best battle skills available to them. Blades must be separately enhanced, by performing various feats in battle, by visiting various portions of the maps, by completing missions (either personally, or using a mercenary army you will eventually direct) and so forth. There also is the matter of unlocking those blades in the first place, which requires you to find special crystals that are quite uncommon as the game commences. You also might spend hours improving a blade, only to find it doesn't meet your particular needs... especially as the plot develops in interesting ways and you occasionally lose access to treasured resources. In other words, you do yourself a disservice if you don't learn your way around every menu and concept the game has to offer. For some players, that requirement could all prove to be just a little too much commitment.

But like I said, Xenoblade Chronicles 2 is one of the best JRPGs I have ever played. I could ramble on at great length about the minor little issues holding it back from near perfection, but the fact of the matter is that I played it for nearly 140 hours before I finally reached the closing credits. Even so, there are side quests left uncompleted, blades I have yet to acquire, and portions of maps I still haven't felt safe completely exploring. The game and its world utterly consumed my free time for most of a month, and there's a good chance they'll do the same for you if you let them. Just don't expect it all to come easily.

If you enjoyed this Xenoblade Chronicles 2 review, you're encouraged to discuss it with the author and with other members of the site's community. If you don't already have an HonestGamers account, you can sign up for one in a snap. Thank you for reading!

© 1998-2021 HonestGamers
None of the material contained within this site may be reproduced in any conceivable fashion without permission from the author(s) of said material. This site is not sponsored or endorsed by Nintendo, Sega, Sony, Microsoft, or any other such party. Xenoblade Chronicles 2 is a registered trademark of its copyright holder. This site makes no claim to Xenoblade Chronicles 2, its characters, screenshots, artwork, music, or any intellectual property contained within. Opinions expressed on this site do not necessarily represent the opinion of site staff or sponsors. Staff and freelance reviews are typically written based on time spent with a retail review copy or review key for the game that is provided by its publisher.