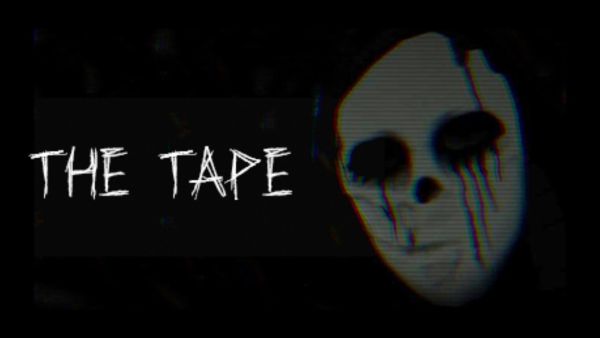 When you begin a found-footage movie, you already know it'll feature a downbeat ending. Evil triumphs. The film's camcorder-toting protagonist meets a grisly end and drops the device, and authorities later stumble upon it. Police release the tape to the public, to be viewed at cinemas or played on home media. We all know these movies are staged. After all, the notion that anyone would release the final moments of several people for millions of others to view is dubious at best. Still, those who enjoy the sub-genre are willing to suspend their disbelief so they can appreciate a more realistic and immersive film experience.

When you play a found-footage horror game, however, suspending your disbelief is trickier...

That was my initial problem when playing The Tape. As the moniker implies, the game utilizes found-footage-style presentation. I wasn't sure if the protagonist was recording the events that unfold, or if the developer decided to arbitrarily reference a popular filming technique. If it's the latter, then why call it The Tape? That would be misleading. 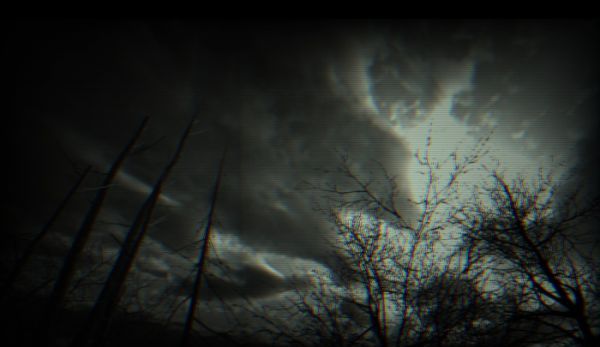 If it's the former, then we'll have to suspend our disbelief. That's easily manageable in the early phases of the campaign, because nothing unbelievable occurs. You take the role of a private detective searching for a kidnapped teenager. Following a lead, the man drives to an abandoned house in the middle of a creepy forest. You control the hero as he exits his car and traverses a road leading to the aforementioned building. The game's grayish color scale and grainy cinematography set a grim mood, urging you to get away from that damn house. However, you know you're going to enter, and you figure you're probably not coming out alive...

After some investigation, you discover a trap door leading to an elaborate dungeon. There, the game shifts from a walking simulator to a stealth adventure. Robed cultists stalk the dingy corridors, carrying torches and donning eerie masks. Barred cells fill the hallways, some of them ajar. Using those to your advantage, you eventually learn to outsmart your adversaries and uncover a key location in your search.

And that's where it all goes to hell.

I won't spoil everything for you, but the protagonist begins to hallucinate. The camera continues to roll, somehow capturing your bad trip. At this point, you might wonder now if the detective is even carrying a camcorder. Personally, I had a difficult time getting into The Tape once this segment commenced, because I was too distracted by the illogical notion of someone video taping an illusion. Still, I soldiered onward, doing my best to ignore the nagging voice in my head telling me this is all wrong. 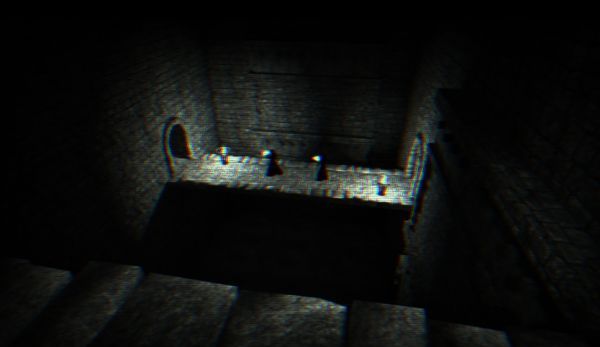 The world shifts. You leave the ancient prison and find yourself in a perplexing collection of chambers and hallways. You attempt to make your way through the complex, on your way passing myriad tormented souls wrapped head-to-toe in soiled bandages. Long strands of blood descend the walls while framed pictures depict moving eyeballs. Despite the situation's absurdity, this is The Tape's most effective scene.

The campaign eventually leads to a boss encounter. Unfortunately, that's the point at which the game begins a steady downhill slide. While I appreciate titles that refuse to hold your hand, it would have been nice of the developers to throw you the occasional hint. Here, you stand in a pitch black arena in ankle-deep water. Balls of fire materialize now and then, providing scant light. You know right away that you're supposed to run from one to another, but that's about it. Soon enough, an enormous, ghostly head rises from the muck and races toward you. Hopefully, you soon realize that the glimmering lights serve as your key to victory. I struggled with this scene because I thought the bright orbs were leading me somewhere, and didn't know they could damage the specter. I couldn't figure out why the giant face kept devouring me.

Finally, The Tape sends you through a climactic romp. The cultists emerge again and you must flee from them. Somehow, you still hold the camera. By now, they should have easily wrested it from your grasp and destroyed the tape. It contains evidence they exist and reveals their location, so you'd think that would be priority number one. Still, The Tape's nonsensical conclusion allows you to slip past them with the footage still intact. Your prize for survival is a single paragraph epilogue, complete with double negatives. For all your effort, you receive a tell-not-show ending that rivals the tiresome single-screen conclusions so often used during the NES era. 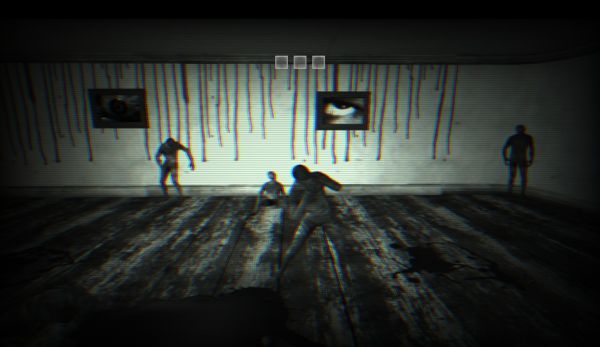 Again, I won't divulge any details. Let's just say The Tape's ending is worth a shrug and a sigh, and that it resolves nothing. More than that, there wasn't much content leading up to this anticlimax. I might have been less disappointed if The Tape explored some of its concepts and devices more deeply. Why not offer additional surrealist segments? All you get is one stage and a boss fight. That's enough to pique this surrealist horror fan's interest, but not enough to satisfy my desire.

It also doesn't help that the game's scares are worn out or banal. At one point, you witness a woman with pitch black eyes rise out of a bed. This might have been horrifying if dozens of J-horror films and countless indie horror games hadn't already beaten the "creepy woman" device to death. Earlier than that, a cutscene depicts a man slitting a character's throat. While the scene serves a purpose, it plays out in a stiff, apathetic manner. It's a weak, generic kill that would've been better left on the cutting room floor.

Ultimately, The Tape offers some decent atmosphere, but that's about it. It would have offered a superior experience if the developer had explored the game's themes more thoroughly, and utilized scare sequences that were more memorable. I appreciate that the game eschews jump scares in favor of cerebral frights, but it should have showcased less hackneyed material in the process. And let's face it; The Tape would have been more enjoyable without its found-footage trappings. They serve only to distract players by raising numerous questions, rather than enhancing the proceedings.

If you enjoyed this The Tape review, you're encouraged to discuss it with the author and with other members of the site's community. If you don't already have an HonestGamers account, you can sign up for one in a snap. Thank you for reading!

© 1998-2021 HonestGamers
None of the material contained within this site may be reproduced in any conceivable fashion without permission from the author(s) of said material. This site is not sponsored or endorsed by Nintendo, Sega, Sony, Microsoft, or any other such party. The Tape is a registered trademark of its copyright holder. This site makes no claim to The Tape, its characters, screenshots, artwork, music, or any intellectual property contained within. Opinions expressed on this site do not necessarily represent the opinion of site staff or sponsors. Staff and freelance reviews are typically written based on time spent with a retail review copy or review key for the game that is provided by its publisher.