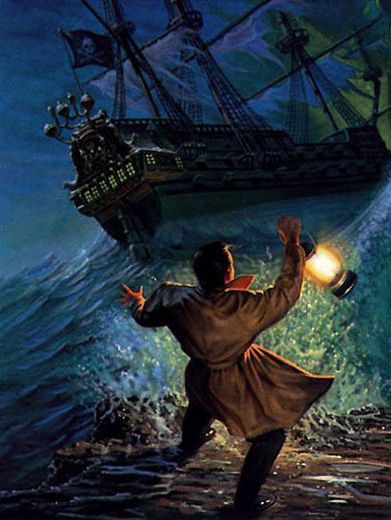 Horror games and broken combat make terrific bedfellows. There's nothing like frantically struggling with your character's inept attempts at self-preservation whilst pint-sized demons latch themselves onto you. Or attempting to snap a photo of a swift ghost in the hopes of capturing its soul, especially when you're about as tough as Styrofoam. Or fumbling with a gun while a hunch-backed maniac with a massive pair of scissors bears down on you. Sweat runs down your temples and needles of tension dig into your nerves, and you question your own survival and overall progress. Scenes like these are worrisome for non-fans, but heavenly for horror fanatics.

You know what isn't heavenly, though? Fighting off a legion of undead pirates and gangsters using crummy swordplay and inadequate long ranged mechanics.

Alone in the Dark 2 throws you into such a fray. You begin the campaign by putting the screws to a tommy gun-wielding henchman. After punching him to death, you charge into a hedge maze full of zombie teamsters equipped with additional Thompsons and shotguns. During each battle, you might notice your bullets bouncing off an adjacent wall or failing to register as they sail towards their targets. That's because you have to aim just right or you'll waste your limited ammo. Bear in mind that there is neither an auto-aim function nor a reticle available. Rather, you must positions yourself properly before shooting and be ready to save scum if your shots fail to land.

Sure, you could put the gun away and opt for fisticuffs, but then you're asking for trouble. Your opponents get the drop on you and plug some lead into your hide before you can initiate a brawl. With restorative items so few, you can't afford to be so careless. 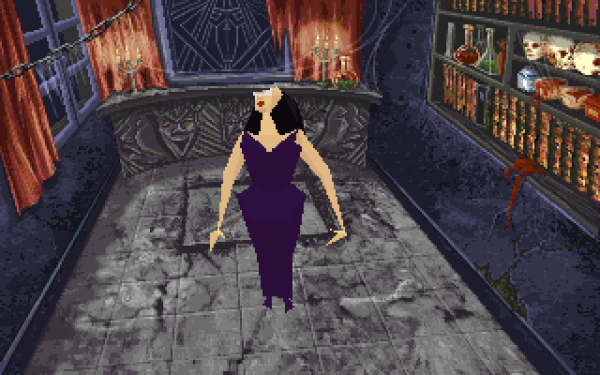 Rather than frightening, these scenes are frustrating. Alone in the Dark 2 is also more of a lighthearted game than its predecessor, which further diminishes the scare factor.

I haven't even gotten to the broken parts yet. During my quest, I noticed there are several ghouls who fall for a rudimentary trick. During one occasion, I aggroed a killer chef and ran out of the kitchen. I waited for him beside the door and began frantically swinging a frying pan at the empty air. The chef continuously walked into the pan until he died. I used this strategy on multiple occasions and succeeded more often than not. There was one time, though, when an enemy slashed me through the wall, thereby negating my cheap scheme.

Finally, I also discovered that some adversaries love to stretch their arms way out when aiming their guns. So far, in fact, that you can press your body against theirs and commence melee combat while their shots fly over your shoulder. At no point do these numbskulls think to holster their firearms and try their hand at a straight scrap. 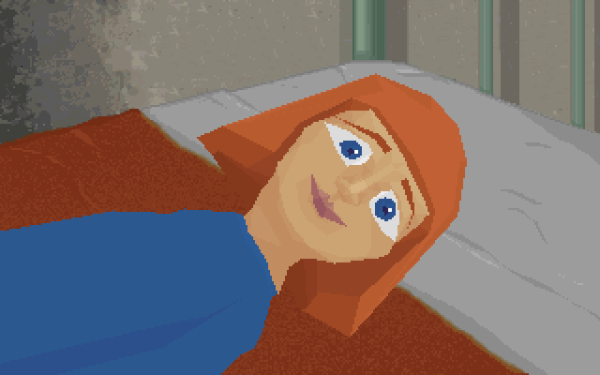 Between irksome fights and constant reloading, Alone in the Dark 2 features a mess of puzzles, almost all of which involve locating an item and placing it somewhere else. In some cases, the latter of those two tasks grants you another item to drop off at a different point. Some of these are no-brainers, like sliding a nickel into a slot machine. Others, however, are quite obtuse and leave you wondering why anyone would think to do that. For instance, during one section, you receive a billiards ball while hiding in a vehicle's trunk. As it turns out, you need to take that ball to an object in the middle of the mansion's yard that looks like a sign. It's actually a flag, like the type you might see in golf. If you drop the billiards ball there and you'll gain access to a door inside of a tree. Because people commonly enter their houses by dropping balls into holes in their yard...

Another puzzle early in the campaign has you striking rotating boxes adorned with playing card suits. Clues for this puzzle remain scarce. Even when I rifled through all of the literature I found lying around the house, I couldn't find a hint. To make matters worse, you have to strike the boxes from just the right angle or they will rotate too much and potentially skip the necessary suit.

About halfway through Alone in the Dark 2's campaign, you switch protagonists. Instead of the rough and tumble Carnby, you take the role of a little girl named Grace. Clad in a onesie and fond of saying NYAH! when she isn't able to perform an action, Grace is easily the cutest, most charming feature Alone in the Dark 2 has to offer. Her segment is also truer to the genre than Carnby's sections. Grace can't fight because she's a child and her puzzles tend to be more elaborate, especially since she needs to defend herself somehow. This is where you end up putting together complex plans just to fell a single crony who happens to be in your way. Not much of a fighter? That's okay. Just set a toy cannon on the floor, fill it with pepper obtained from the kitchen and break a vase to lure the monster to you. Once he opens the door, strike the fuse on the cannon with a tinder and watch as a miniature cannonball drops the nightmare.

All that to kill one creature. Bless this game. 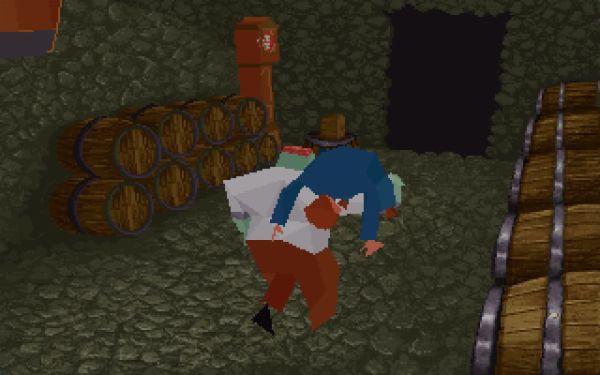 Although I griped about Alone in the Dark 2's lighthearted nature, the truth is it lends itself to the experience and distinguishes it from the original installment. Rather than a Lovecraftian mystery, Alone in the Dark 2 is a blend of B-movie silliness and pulp comic camp. It's the kind of adventure where you dress up as Santa Claus to fool an impish chef, go toe-to-toe with an undead martial arts master and cross swords with ancient pirates. There's enough swashbuclking, gangsters, cuteness, humor and puzzles to make up for the sour opening scene and some of the instance of broken combat.

Personally, I don't regret my time with Alone in the Dark 2. Maybe it doesn't rate highly in my book, but it is nice to see early attempts at survival-horror, even if some of them didn't entirely pan out. Alone in the Dark 2 might have accomplished greatness with a more balanced battle system, especially one that's broken enough to instill fear in its players while cutting back on its frustration factor. Think Silent Hill. Thankfully, its lovably campy material makes up for some of its shortcomings.

If you enjoyed this Alone in the Dark 2 review, you're encouraged to discuss it with the author and with other members of the site's community. If you don't already have an HonestGamers account, you can sign up for one in a snap. Thank you for reading!

© 1998-2021 HonestGamers
None of the material contained within this site may be reproduced in any conceivable fashion without permission from the author(s) of said material. This site is not sponsored or endorsed by Nintendo, Sega, Sony, Microsoft, or any other such party. Alone in the Dark 2 is a registered trademark of its copyright holder. This site makes no claim to Alone in the Dark 2, its characters, screenshots, artwork, music, or any intellectual property contained within. Opinions expressed on this site do not necessarily represent the opinion of site staff or sponsors. Staff and freelance reviews are typically written based on time spent with a retail review copy or review key for the game that is provided by its publisher.