In The Cat Lady, you take control of one Susan Ashford, a woman who decided that life was not worth living. Living in a crappy apartment, surrounded by her only friends  cats, with no perspective of a happy future, she decided to end it all. A handful of sleeping pills later, Susan appears in a surreal field leading to a small wooden house in the middle of a forest, where she meets an old woman that goes by a friendly name  The Queen of Maggots. Clearly one to be trusted, she informs Susan that her life will be returned to her and that she would be made immortal, but that she would have to take out five  parasites, humans that do not deserve to live anymore.

It is up to you, the player, to decide how Susan reacts to people making demands out of her. For instance, it didn't sit well with me that Susan should obey what the creepy old lady with such a totally innocent name was demanding of her, and it was downright rude that she pretty much wanted Susan to do exactly the opposite of what Susan wanted (dying), so I made Susan tell her to stuff it. Thatdid not go well, because I pissed her off and was given an implication that I will regret making her angry, that I will beg for a second chance and will be given none. That I could get into. Actions have consequences, after all.

After finishing the game, I noticed that me telling the virtual representation of death, devil, disease, and all that nasty stuff to bugger off with her demands has the exact same ramifications for Susan as if I went along with everything she said like a good little revenant. The choice is but an illusion, and at best, serves as a cosmetic issue that doesn't drive the narrative what so ever. Sure, you get a nice little Steam achievement for doing things differently, but the story itself does not change in the slightest, with the exception of the choice you make near the end of the game. Aside from that, Susan will still awaken from her near death experience and continue on with her life. And that life will continue to suck so very much.

See, the parasites are people. Bad people that like hurting other people. Without going too deep into spoiler territory, the first parasite you meet is a serial killer who preys on women, tears them apart and then makes  art pieces out of their body parts while dancing around like a lunatic. And how do you meet him? Well, he kills Susan. That's the usual modus operandi for her. She dies a lot, usually in a very painful way, before she is resurrected, completely healed, and every time that she dies, there is a transition phase where she needs to go through a similar surreal Silent Hill-ish experience like the first time that she tried taking her own life, which often involves solving puzzles. 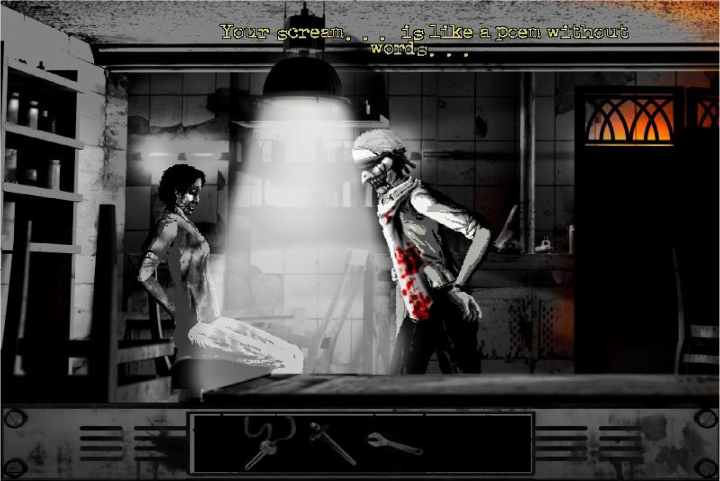 The Cat Lady is brimming with examples of fine mental health.

The meat and gravy of every adventure game, the puzzles will not leave you scratching your head while a question mark appears above your head. There is logic to solving all of them, and with an exception of few, one should not have much problem solving them. Well put together, pretty imaginative and pleasing to solve and there are quite a few of them that involve using the aesthetics of the game, instead of the tested and tried method of using object A on object B and seeing stuff happen. For instance, at one part, Susan needs to guess the password to unlock a certain door. The password is not something she finds on a scrap of paper, but rather something that you will have to catch yourself, by positioning Susan just right, so that the screen you are on aligns perfectly, giving you the password in the form of the objects forming numbers on the screen. It is not the hardest puzzle in the world, but with the way it is presented is aesthetically pleasing and fun to engage in.

During her travels through the seven chapters of the game, Susan will not be alone. While it's clearly indicative that she's a lonely woman who has little to no friends, there are allies that she can rely on. One comes in the form of Mitzi Hunt, a young woman with a dark history of her own that will serve as the closest thing to a friend that Susan has, and the other is a bunch of cats that Susan feeds in her apartment and that serve as therapy for Susan when she's feeling especially down.

In The Cat Lady, everything is ugly or at best, below average. Susan is not a photo model, but a middle aged woman which shows. All the characters you meet seem like real life people with glaring physical issues, and that's what makes it work. The game is ugly, and in that ugliness it is wonderful. The apartment that Susan lives in is a haven for roaches, the hospital that she awakes in seems off the moment you start exploring it. Every location, every person that you meet has it's downsides which are more evident than their good attributes. And that works especially well here. 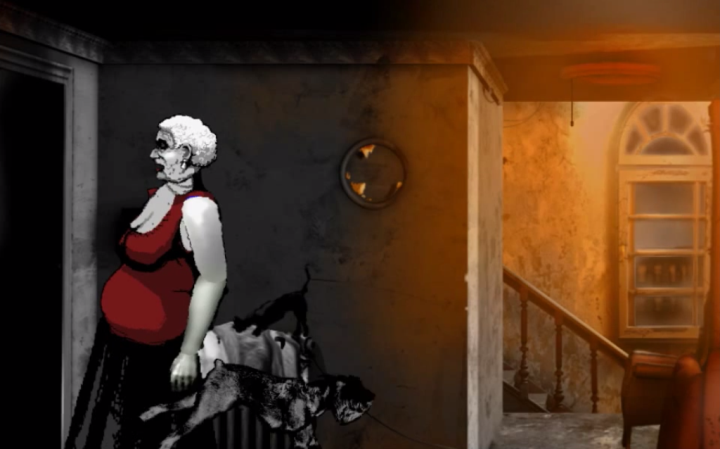 Pictured: not the ugliest creature in the game.

I did not care much for Susan or for Mitzi. They are the "heroes" of this game which is filled with horrible, horrible people, and yet both of them, especially Susan, seems like the type that over react to things in a way that is anything but acceptable. At one point Mitzi drops a cup on the floor, and it is treated in such a way, that you would think Susan would chuck herself off the balcony because clearly, life is no longer worth living. Says a lot when I found that the most sympathetic person in the entire title was one of Susan's neighbours who has a history of throwing cats in a river. 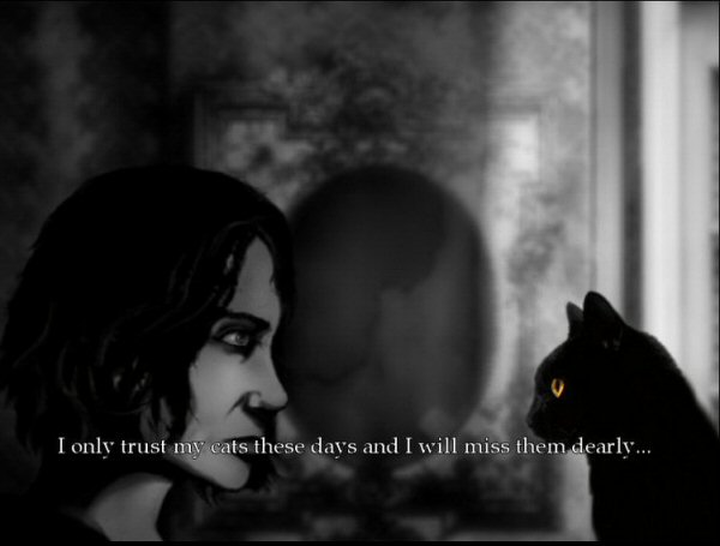 The title is presented as an indie game, and as such it should have some leeway when it comes to technical matters. The voices of all the characters are all over the spectrum. For the most part they are emotionless, but some  especially the parasites, go full ham. I have no idea where these people come from, since every single one of them speaks in a very strained english tone. Again, this could be forgiven, on the account of it being a indie game, but on the other side of the medal, when it does something good, it does something really, really good.

For instance, early on, in one of the  other world moments, Susan loses her hand when pushing her arm inside of a hole in a wall. The moment it happens, the usually monotone music stops, and gives way to a high adrenaline, fast paced rhythm, followed by a vocal track that perfectly shows the change of pace in which Susan suddenly finds herself as she runs around with blood gushing out of her wound. Clearly, great attention to detail was given in this case, and it's just one of the many, many parts where it happens.

Tackling a subject such as depression in a form of media like video games is a thankless job. One has to be very careful how they portray the symptoms of the condition, or the presentation could end up as something alongside the  whiny baby spectrum, and not a crippling mental condition that can, and will ruin your life if untreated. Whether or not The Cat Lady succeeded is up to individual interpretation. It is a fun, dark, gory title that explores more than just blood and guts. It has it's problems, but for what it is, there are far worse ways you can spend ten or so hours that it will take you to finish it.

If you enjoyed this The Cat Lady review, you're encouraged to discuss it with the author and with other members of the site's community. If you don't already have an HonestGamers account, you can sign up for one in a snap. Thank you for reading!

© 1998-2021 HonestGamers
None of the material contained within this site may be reproduced in any conceivable fashion without permission from the author(s) of said material. This site is not sponsored or endorsed by Nintendo, Sega, Sony, Microsoft, or any other such party. The Cat Lady is a registered trademark of its copyright holder. This site makes no claim to The Cat Lady, its characters, screenshots, artwork, music, or any intellectual property contained within. Opinions expressed on this site do not necessarily represent the opinion of site staff or sponsors. Staff and freelance reviews are typically written based on time spent with a retail review copy or review key for the game that is provided by its publisher.