I've spent the last few decades maintaining a soft spot for Blaster Master, the NES classic that combined platforming, blasting, and exploration to glorious effect. The unique gameplay hybrid was part of the appeal, but some of my affection also came from the fact that the protagonist and I share the same name. As you can imagine, then, I was excited when Inti Creates recently announced it was working on a new entry in the oft-overlooked series. Previous attempts to revive the franchise hadn't gone so well, or so I've heard, but I knew this time would be different.

Blaster Master Zero had the misfortune of launching right in the middle of one of the busiest release periods I can recall ever seeing. It seemed like each week, another two or three must-play titles arrived across the various platforms. That flurry of activity prevented a lot of people from noticing when Inti Creates finally was ready to share the fruits of its labor with the world at large, and that's a shame. Much as I expected, the game is pretty good. 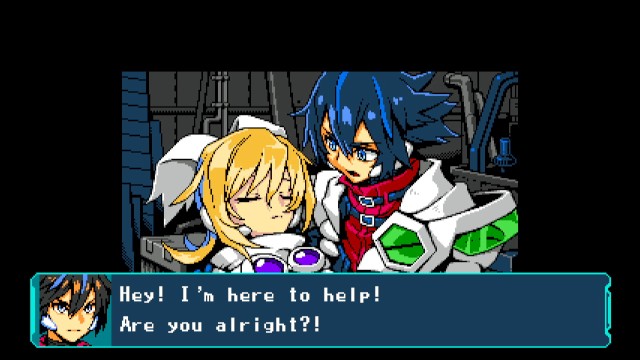 Notice that I said "pretty good." This is not a glowing praise review, because while I think the game is definitely worth a look for fans of the series and for old school action games in general, it has enough issues to prevent a more general recommendation.

As you might anticipate, Blaster Master Zero combines platforming, blasting, and exploration, just like the first installment in the series did. This feels like an expanded retelling of that game, actually, with the key central players intact, along with some additions that feel consistent while adding new wrinkles. Your name is still Jason, you still chase after a frog named Fred and you still face off against the nasty old Mutant Lord. There's just a lot more to the journey you encounter along the way.

The bulk of the game is divided into eight stages, which you initially explore in your all-terrain vehicle, the SOPHIA. The armored wonder is capable of driving quickly around a given area, lifting off in swift hops that carry it a fair distance, and of course firing blaster shots in several direction (to say nothing of secondary weapons). As your adventure proceeds, you also gain additional abilities that let it glide, wall climb, and dive through water like a submarine... but that all takes time. 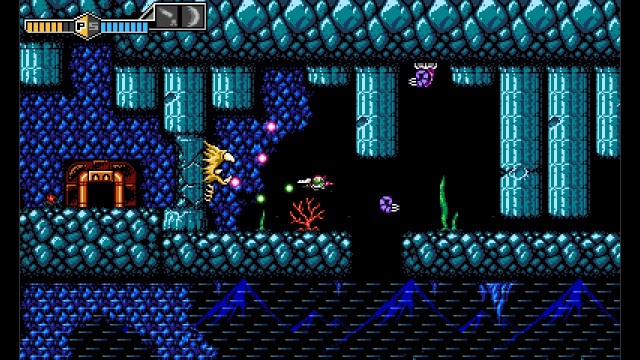 Stages are quite large. As you explore them, you eventually come across barriers SOPHIA can't cross. That's when you need to get out of the vehicle and run around on foot. In this form, you're very weak and can't fall even a short distance without dying. Sometimes, you have to find and trigger switches, which can get downright dangerous. In more common instances, you must enter special caves.

The caves in Blaster Master Zero are about like you remember them, if you played the original. The perspective shifts, so that you're viewing everything from overhead, like the dungeons in the original The Legend of Zelda game. The difference is that you have guns and grenades, so you get to blast any foes you encounter (one might even say you're a master at doing just that, hur hur). These sequences are generally the most difficult part of the game, because your foes are typically able to absorb several shots before they bite the big one, and you can't sustain a lot of damage without taking a dirt nap yourself. Worse, damage you take decreases your weapon's efficiency. When you're fully powered up, you can fire a wave shot that makes short work of your foes. But when you take a hit or two, you're reduced to pathetic shots that move too slowly and inflict too little damage to be of much use.

This becomes a big issue when you're facing some of the later bosses. The early foes are simple enough, with easily exploited patterns. I actually got fairly far in the campaign before I even caught on that I had much more powerful shots at my disposal. Then I walked all over my enemies, until the last couple of stages or so. At that point, the foes move too fast or fire so many bullets that I finally had to start developing strategies. It's a terrible strain, I know. And then I reached the final boss, and he smacked me every which way, no matter how much I wanted to win. The game ceased to be much fun at that point, but the way I see it, at least I had a generally good time up until then. 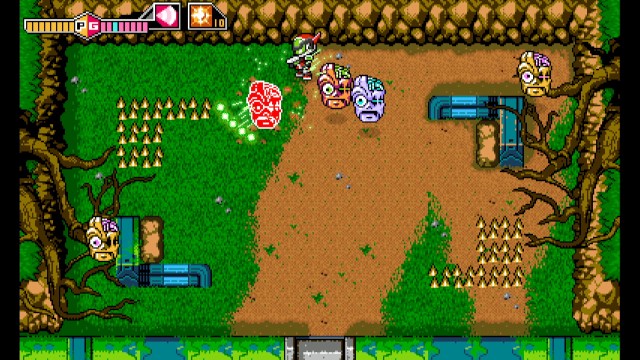 Most of the game isn't spent fighting bosses (even though there are quite a lot of them). The bulk of the time I spent with Blaster Master Zero saw me tooling around in the SOPHIA, shooting mechanical bees and worms and various other mutants. The interconnected worlds are quite interesting, in their labyrinthine way, and I definitely appreciated the sense of progression. What I liked considerably less was the backtracking. It's easy to miss out-of-the-way caves and loot in each stage, if you don't find that region's map quickly. And even once you do claim that precious scrap of paper, the map is buried on a sub-screen menu. Also, the world is designed so that you have to do a fair bit of backtracking, and this eventually gets tedious. Tedium breeds impatience, which means I made a number of silly mistakes as I rushed toward new challenges. That was frustrating, and it could have been avoided altogether if the developers had thought to include stations that let players teleport.

The controls also felt a bit loose throughout the eight or ten hours I spent with the game, and that gets frustrating in cases when you have to manage precise jumps to avoid spikes or whatever. This isn't always an issue, but it slows the pacing down to a crawl when you're backtracking through a familiar area and have to take each hop carefully because your life meter is nearly toast and you have a long way to go to reach the next checkpoint.

Blaster Master Zero is a pretty good game that came super close to being a genuinely great game. It just narrowly missed the mark, which unfortunately means it's probably only a good investment if you loved the original and wanted to take an updated walk down memory lane. I'm glad Inti Creates put forth the effort to revive a franchise that deserved it, and I'm glad the result is passable, but I'm also pleased to have the whole affair in my rear view mirror. That's not the summary I envisioned myself offering when I first started playing, but it is what it is.

If you enjoyed this Blaster Master Zero review, you're encouraged to discuss it with the author and with other members of the site's community. If you don't already have an HonestGamers account, you can sign up for one in a snap. Thank you for reading!

© 1998-2021 HonestGamers
None of the material contained within this site may be reproduced in any conceivable fashion without permission from the author(s) of said material. This site is not sponsored or endorsed by Nintendo, Sega, Sony, Microsoft, or any other such party. Blaster Master Zero is a registered trademark of its copyright holder. This site makes no claim to Blaster Master Zero, its characters, screenshots, artwork, music, or any intellectual property contained within. Opinions expressed on this site do not necessarily represent the opinion of site staff or sponsors. Staff and freelance reviews are typically written based on time spent with a retail review copy or review key for the game that is provided by its publisher.