If you've played Limbo, or even read much about that other game online, then you shouldn't have to do more than glimpse at a few screenshots of Toby: The Secret Mine in order to draw one conclusion: the first game inspired the second one. The art style in both games is strikingly similar, after all. Both feature a dark foreground and principal characters--a living silhouette, you might say--deposited on multi-layered backgrounds that wouldn't be out of place splashed across a painter's canvas.

I mostly appreciated Limbo's unique aesthetic, but I feel that Toby: The Secret Mine does more with the approach. The assorted pastels contrast nicely with the foreground, all without distracting one from the action. There are some gorgeous sequences, too, including a glowing forest with leaves fluttering in the breeze and insects swarming around hives. Elsewhere, the layered backgrounds present a convincing illusion of depth that prevents generic framework from feeling excessively dull. The visuals work in concert to make one feel as if there is an entire world swarming around the action that takes center stage. 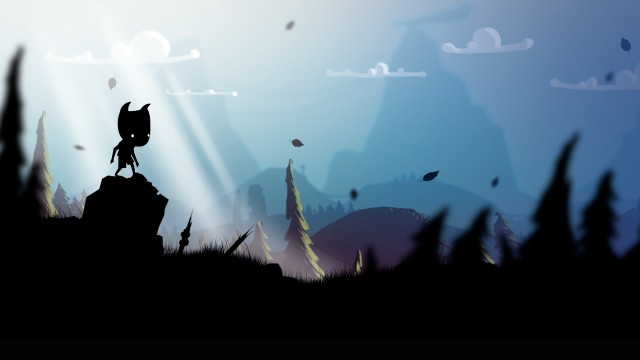 But Limbo was never just a pretty face, right? It also featured surprisingly intense platforming and action sequences, set within a space where death lurked around every corner. And I'm pleased to say that Toby: The Secret Mine beautifully reproduces that reality. By the time I reached the closing credits, I had died nearly 200 times (the game kindly keeps track for you). Somehow, though, my regular failures rarely frustrated me. Generous checkpoints prevented me from ever losing too much progress, and most fatal falls or encounters with spike traps and such taught me something new about the world I was exploring, so that I could do better on my next attempt.

Try to approach Toby: The Secret Mine as just a platformer and you're in for a world of hurt. The game doesn't present you with a lot of challenging platforming sequences, but there are a few of them and you can't simply fake your way through any of them. You have to look at the gauntlet that lies ahead of you and form a very specific plan, one that might account for two or three hazards at once. Then you have to execute that plan almost perfectly before you can feel confident that you know whether it works or not. There's a trick to each segment, and mental dexterity is always prized above pure reflexes. 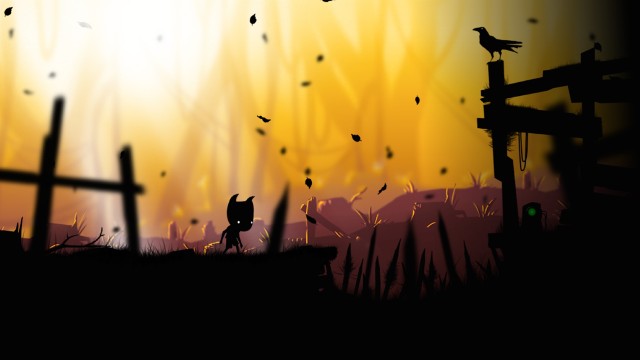 As I worked my way through the adventure, I soon realized that I didn't much care for the musical score. There are only a few compositions, and they repeat often. They started to grate on my nerves any time I found myself stuck. But the game's soundtrack has a lot more to offer than just those few repetitive tunes. Ambient noise is considerably more important. Sometimes, there's just the howling of the wind, but then you might hear the creaking of rotted boards or the sound of a metal pressure plate triggering. Those simple noises could offer the vital clues you need to succeed. It's a game that begs to be played with the sound turned on at all times.

Unfortunately, thre are places where the game flounders. I spent around three hours working through its more than 20 stages, and around half that time was me just not knowing what I was expected to do next. There's little in the way of on-screen context, so a big part of the adventure is figuring things out using the provided environmental clues. That's not a bad thing, but I felt like the developers too often relied on the fact that you can't make out individual components in the foreground. Often, a chunk of wall needed me to walk through part of it to discover a hidden room or lever, or I had to push an object that wasn't clearly separate from its surroundings. Such puzzles quickly stopped feeling as clever or exciting as I suspect the developers had in mind. 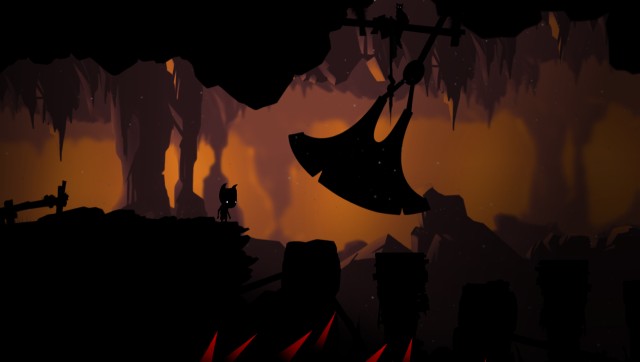 For every puzzle or sequence that falls flat, though, there's a more positive moment to make up for it. The game packs in some exciting moments that aren't exactly new to the medium, but still manage to be quite a lot of fun. I felt quite a rush when I was riding on a metal bar that was dangling from rope and swinging between fatal stalactites and stalagmites, for instance. I enjoyed outrunning a blizzard as I leaped from one precarious ledge to another. I outwitted beasts and foiled more traps than I care to tell you about, rearranged tiles to build a maze and fumbled my way through a puzzle as a spiked wall steadily bore down on me. The stage design intuitively melds a variety of disparate elements, and the combined experience is richer for it.

I'm also pleased to say that throughout the adventure, Toby: The Secret Mine rarely disappointed me with the sort of irksome flaws that often mar indie titles. In particular, the play control felt responsive but never excessively so, meaning that I could count on precision jumps and physics that mostly seem to be grounded in reality. The game did lock up my system once, which forced me to reset it and resume play again from the start of the stage, and the menu interface felt a bit sloppy. However, those are minor gripes that didn't impact most of the time I spent with the game. Another nice touch is the way you can switch from the gamepad to the television screen at the press of a button. That feels to me like the perfect approach. 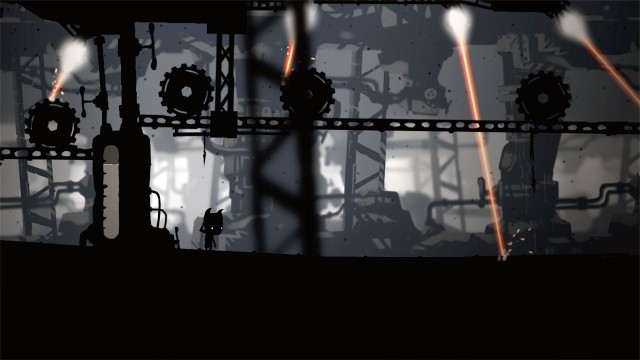 There are two groups of people in the world: those who are anxiously seeking more gameplay experiences similar to Limbo, and those who are not. If you fall into the former portion of the world's population, then Toby: The Secret Mine should be right up your alley. Its careful combination of demanding action sequences and--quite often--devious puzzles and exploration scratches a particular itch, and scratches it very well. The game also looks the part, and even better. If you're at all intrigued, toss it a few hours of your time and see if you have the skill and ingenuity that are required to reach the end.

If you enjoyed this Toby: The Secret Mine review, you're encouraged to discuss it with the author and with other members of the site's community. If you don't already have an HonestGamers account, you can sign up for one in a snap. Thank you for reading!

© 1998-2021 HonestGamers
None of the material contained within this site may be reproduced in any conceivable fashion without permission from the author(s) of said material. This site is not sponsored or endorsed by Nintendo, Sega, Sony, Microsoft, or any other such party. Toby: The Secret Mine is a registered trademark of its copyright holder. This site makes no claim to Toby: The Secret Mine, its characters, screenshots, artwork, music, or any intellectual property contained within. Opinions expressed on this site do not necessarily represent the opinion of site staff or sponsors. Staff and freelance reviews are typically written based on time spent with a retail review copy or review key for the game that is provided by its publisher.