I have something of a positive bias towards Pac-Man Championship Edition. I played the grand hell out of the first game on Xbox Live Arcade when it released, and I went on to sink still more time into the PC port. Given my background, you can likely understand why I was beyond excited when Bandai Namco announced that a sequel was on the way, and that it would feature new rule sets, courses and even new music. While Pac-Man Championship Edition 2 (CE2, for the sake of brevity) does offer more of the fast-paced arcade action that I was hoping for, though, it doesnt exactly feel like a fully fledged sequel. It's more a glorified expansion pack. 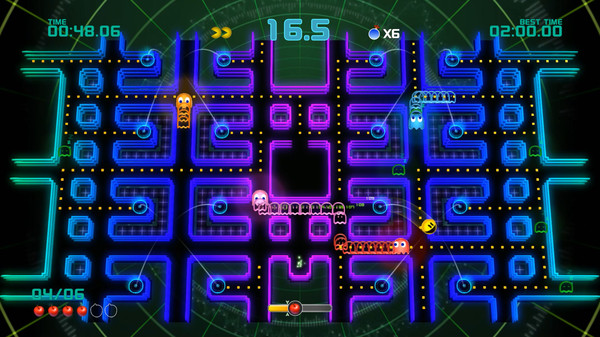 The changes that CE2 makes to the established gameplay mechanics are immediately obvious. You can now harmlessly bump into ghosts several times before they turn hostile, bombs engineer a speedy hop back to the start of the board rather than allowing you to reset ghosts and, surprisingly, there's a dedicated button for braking.

Since time isn't the factor that it once was, you might wonder why the player would ever wish to stop in place, but there's ample incentive in some instances. Ghosts are more dangerous than ever while youre zipping across the board for dots. Avoiding conflict is your major priority, and surplus lives and bombs are cashed in for extra points at the end of a round. These changes ensure that CE2 plays at a far faster pace than the original game did, which I see as a welcome change. While the new normal does feel alien, since ghosts have in the past proven lethal after even a single touch, the speed that results from the adjusted rules keeps an active and enjoyable flow going.

Remaining differences include the resulting events once power pellets are consumed. Pac-Man automatically gobbles up a ghost train without further needed input upon contact with its leader, but said trains may use escape tracks to avoid you. Foresight and tact are required in order to catch ghosts, but the pace quickens dramatically as your score climbs and that means that it's quite difficult to plan and execute strategies. At times, the interplay becomes incredibly infuriating. High scores previously were the result of efficient board traversal and precise control input. Now, record runs are elusive because ghost trains can make pixel-perfect turns and escape your grasp even before one factors in their prowess as the game ratchets up the speed to its most frantic levels. In situations where there are numerous escape track junctions for the ghosts to utilize, you'll often find yourself engaged in a wild goose chase while precious seconds tick away. 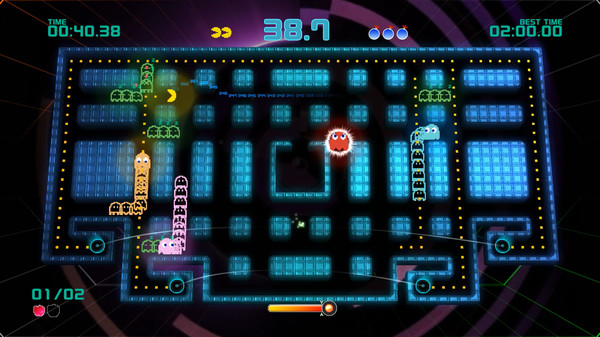 The game mode selection is what makes CE2 feel more like an expansion pack than a proper sequel. Score Attack has four different modes of play: practice, a single ghost train variant, another variant with multiple ghost trains, and a final option that sees ghosts turning hostile after enduring a single bump. Theres also an adventure mode, where boards have to be cleared by bonus item consumption (with a "boss battle" at the end of each world). The difference here is that bonus items must be gobbled up in order to reach a super power pellet that you must snag in order to win. Each mission features multiple difficulties that award greater numbers of stars upon completion. Those stars are required in order to unlock the next set of missions, and the higher difficulties certainly arent for the weak of skill or heart. CE1 had a healthy selection of modes and boards to choose from, so the omissions this time around are odd and make me wonder why a bundled package wasnt offered instead.

The game still plays wonderfully, though, so I cant really hold a grudge. The soundtrack that was so enjoyable in the first game partially returns, along with a few new additions that fit right in line with the smoother, speedier flow of the game. Its the kind of peppy techno/electronic music that will have your foot tapping and your head bobbing while you thousand-yard-stare at the screen, perhaps going slightly cross-eyed from watching Pac-Mans course for dots and dutifully keeping track of the ghost trains movements. 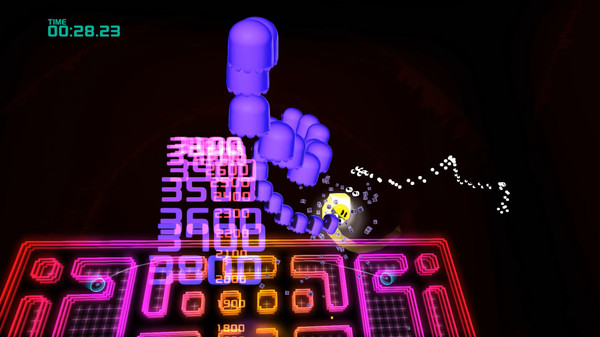 Pac-Man Championship Edition 2 is mostly great, even factoring in the lack of diverse game modes and the (at times) hair-pulling annoyance that escaping ghost trains produce. The game plays faster than its predecessor, flows much more freely and feels considerably more satisfying, especially when one manages to secure high scores with an S rank. The changes to the classic rules will certainly take some getting used to for CE1 and Pac-Man players in general, but the reward is glorious arcade action that definitely warrants a recommendation for anyone ready to enjoy a new score attack experience.

If you enjoyed this Pac-Man Championship Edition 2 review, you're encouraged to discuss it with the author and with other members of the site's community. If you don't already have an HonestGamers account, you can sign up for one in a snap. Thank you for reading!

© 1998-2021 HonestGamers
None of the material contained within this site may be reproduced in any conceivable fashion without permission from the author(s) of said material. This site is not sponsored or endorsed by Nintendo, Sega, Sony, Microsoft, or any other such party. Pac-Man Championship Edition 2 is a registered trademark of its copyright holder. This site makes no claim to Pac-Man Championship Edition 2, its characters, screenshots, artwork, music, or any intellectual property contained within. Opinions expressed on this site do not necessarily represent the opinion of site staff or sponsors. Staff and freelance reviews are typically written based on time spent with a retail review copy or review key for the game that is provided by its publisher.