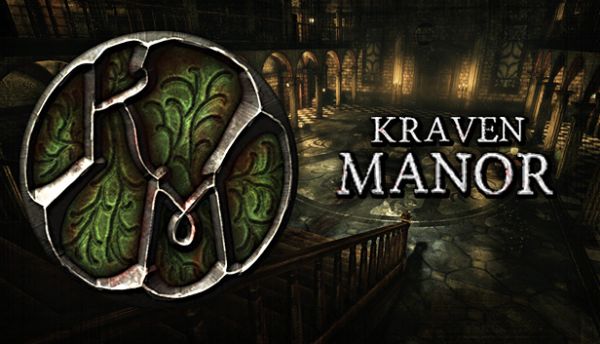 It's easy to dismiss Kraven Manor. When it ushers you into its titular, derelict digs, you can't help but sigh. How many dozens of movies, stacks of written works and laundry lists of indie first-person horror games use a "creepy old house" as their setting? It's such a common device that it's become a hallmark of mediocre genre fare. A jaded and critical fan like myself might even devise a mental checklist of cliches, effectively turning the experience of playing into a cynical scavenger hunt.

Ghost? No check yet.

Jump scares? Give it some time.

Spookiness involving a fireplace? We haven't gotten that far into the campaign yet.

During a segment in the mansion's attic, a pane of glass thwarts your progress. A length of rope connects to the transparent slab, running along the ceiling to a pulley and a bucket. The obvious solution is to pick up some of the miscellany in the vicinity and toss it into the pail. After three or four items find their way into the container, the glass ascends and you gain access to the rest of the area. It's commendable that the developers sought to emphasize Kraven Manor's interactive facets, rather than programming a basic haunted house simulator. At the same time, though, challenges like this lack creativity and feel forced. 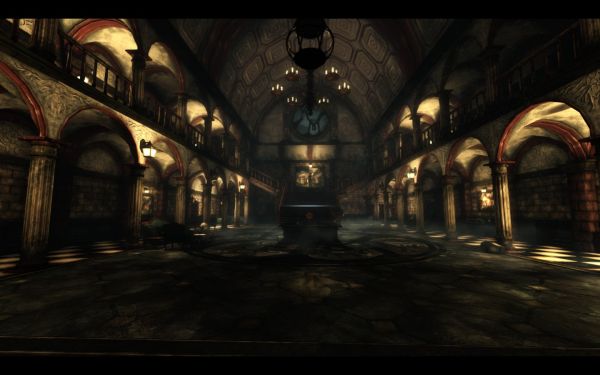 Short horror titles tend to work best when their puzzles are quick and simple to solve. Thankfully, this is something Kraven Manor gets right. Its riddles may not be cleverly designed, but they are snappy and require minimal examination. Games such as this profit from forward momentum, and nothing kills smooth progression more efficiently than a clunky or incomprehensible trial.

"Get out" smeared on a wall in blood? Check.

It's apparent you're not alone in Kraven Manor, however. You occasionally glimpse part of an unseen assailant around a corner or behind an obstruction, just before it darts into the pitch black. Ratty books and yellowed newspaper clippings--check off another trope--speak of sinister rituals and disappearing vagabonds. To make matters worse, you occasionally hear a series of whines, like the language of worn metal joints and hinges. Eventually, you hear the chorus of those damnable squeaks approaching you. You might at that point turn and fix your flashlight in the direction of the racket, only to find a bronze statue occupying that space. 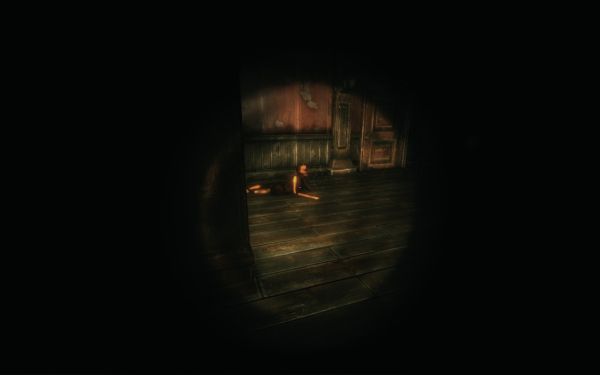 While illuminated, the being remains motionless. Remove your torch's beam from the beast, though, and it'll pounce. Bloody claw marks materialize on the screen, and it's then you realize how imperative it is to keep your would-be killer in the light. This isn't a simple task, as the murderous dummies have a tendency to turn up during Kraven Manor's puzzle segments. In other words, you'll need to negotiate a balance between maintaining a steady ray on your foe and interacting with the task at hand. At one point, I found myself paralyzed because I had to pull a one-eighty so I could yank on a cord to reveal an exit. However, I couldn't let the mannequin in the room slip out of my sight. I stood reluctant for several minutes before deciding to turn around.

Don't entertain the possibility of running. Kraven Manor wisely places its creepiest segments in tight, isolated rooms and corridors, so escape isn't an option. You could hide, a la Clock Tower, but how do you shroud yourself from an adversary that's as familiar with the grounds as it is the back of its bronze hand? You can't fight because the protagonist lacks the prowess. Rushing through a puzzle despite your opponent's presence might sound like a nifty strategy, but it's ultimately too risky. Your only alternative is to get cozy and share the room with the squeaky-hinged murderer without leaving it in the shadows for too long.

Kraven Manor doesn't bombard you with jump scares. It pesters you with the aforementioned metal shriek and terrorizes you with an all but unavoidable enemy. However, the automatons are unsettling even when they're paralyzed. You know that they're peering at you and scheming ways to tear you apart once they're free of their shackles. Truly, the mere company of these abominations is both visually and aurally disturbing.

A tense conclusion? You bet. 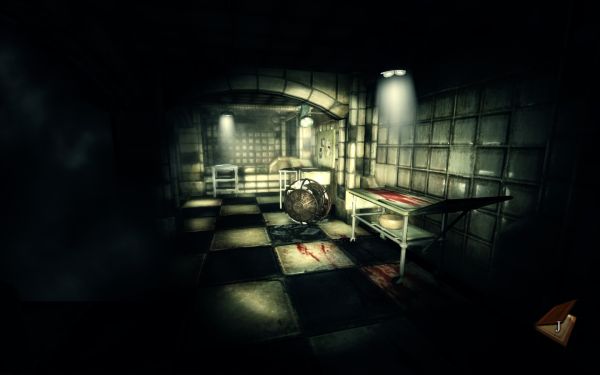 I know eluding statues sounds tiresome, but Kraven Manor thankfully wraps up its campaign before weariness settles in for the long haul. The final area sends you through a dingy, fun house-like maze of windows and surgical equipment. The segment roils to a climax that sends you sprinting for your life, charging through tongues of fire and surreal chambers filled with floating furniture. The heart-pounding finale terminates with a boss encounter and two separate endings. Ending play time: sixty-ish minutes.

Kraven Manor's brevity might be a deal breaker for some players. Personally, though, I don't see the game's transience as a definite issue. Short horror stories exist in every other medium of entertainment, so why can't they exist in video games? Besides that, tacking on an extra few hours' worth of content would only lead to filler and repetition in this case. Kraven Manor eschews redundant nonsense in favor of creating a succinct and terrifying experience, while striving not to wear out its welcome. I'd say it accomplished that mission.

With hundreds of haunted house stories floating around, it would be easy to overlook Kraven Manor. Games like this remind me that sometimes I shouldn't be a crotchety horror fan who's had it with ghosts and spooky domiciles. Though the game might sport its share of cliches and contrived scenes, Kraven Manor remains a well crafted experience for its brief duration. You have the bronze men to thank for that one. Were it not for their creepy mannerisms, the game would have been just another pointless haunted house simulator.

If you enjoyed this Kraven Manor review, you're encouraged to discuss it with the author and with other members of the site's community. If you don't already have an HonestGamers account, you can sign up for one in a snap. Thank you for reading!

© 1998 - 2022 HonestGamers
None of the material contained within this site may be reproduced in any conceivable fashion without permission from the author(s) of said material. This site is not sponsored or endorsed by Nintendo, Sega, Sony, Microsoft, or any other such party. Kraven Manor is a registered trademark of its copyright holder. This site makes no claim to Kraven Manor, its characters, screenshots, artwork, music, or any intellectual property contained within. Opinions expressed on this site do not necessarily represent the opinion of site staff or sponsors. Staff and freelance reviews are typically written based on time spent with a retail review copy or review key for the game that is provided by its publisher.