I tried Stonehearth on a whim after I had sworn to myself that I would never play an Early Access game ever again. This game has simply reaffirmed my convictions in this matter. This is not to say that this game is terrible - it's not. It has potential, and there are a lot of good things about it. It has cute animations, enchanting music, and a nice crisp graphic style (though I must admit that the minecraft-esque aesthetic is getting a little old at this point).

As for how it plays, it is most definitely a minecraft derivative (not necessarily a bad thing), though instead of building and defending your settlement by yourself, you must order AI-controlled peons to do it for you. This is an excellent premise on paper, and sometimes it works beautifully. Watching your peons work, collect, harvest, eat, sleep and fulfill their tasks is sometimes very rewarding. 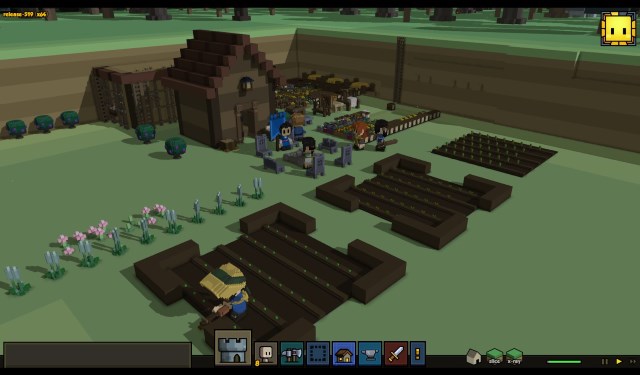 However, in many other ways, this game leaves something to be desired. The UI is confusing, tutorials are nonexistent, the camera controls are clunky, the building tools are even clunkier, and the minion AI is so glitchy that they will fail to build even the simplest of structures. Even the basic building designs that are shipped with the game will be left incomplete by your peons once they start building, despite having all of the materials available. This forces you to scrap those structures in an attempt to build them again, and of course, there's no guarantee that your peons will actually finish them the second time they try.

Other crippling bugs include peons who will simply freeze in place and refuse to move. Even when they become exhausted and start to starve, they will refuse to move even to help themselves. The only way I've found to fix this is to reassign them to another job, but if you do that, they will lose all of their accumulated levels. Not fun! 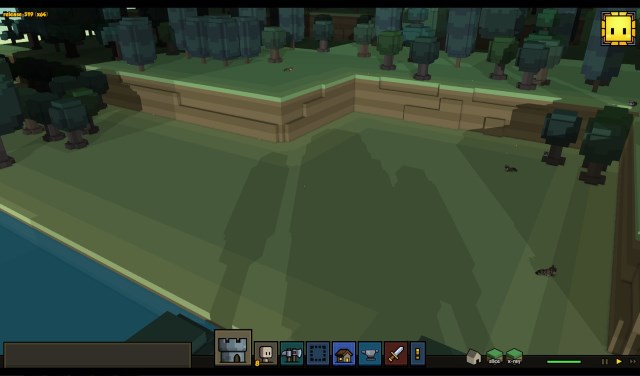 This is all a bit concerning, due to the fact that the game is over halfway through Early Access at the time of this writing. Even with the bugs aside, Stonehearth seems to be sorely lacking in content. The plain, empty expanses of the landscape really aren't very stimulating, and there's very little to do out there. Once you get your settlement up and running (and it's not hard to do, despite the fact that most of your houses will lack the odd door,wall or roof), you will simply repel invader attacks over and over again, collect whatever loot they drop, and continue to farm your crops.

This might actually be fun if the inventory management was enjoyable, but it's not. You can't actually manipulate the objects in-game directly, so you have to rely on your peons to manage and care for the plethora of items that you craft and collect. Usually this means that they will throw them into an unsorted jumble within your designated stockpile; other times, they will squirrel it away in crates and boxes. If you have more than one, it will be anyone's guess as to which one they've put it in. If one of your items is missing and you can't seem to track it down, good luck finding it! 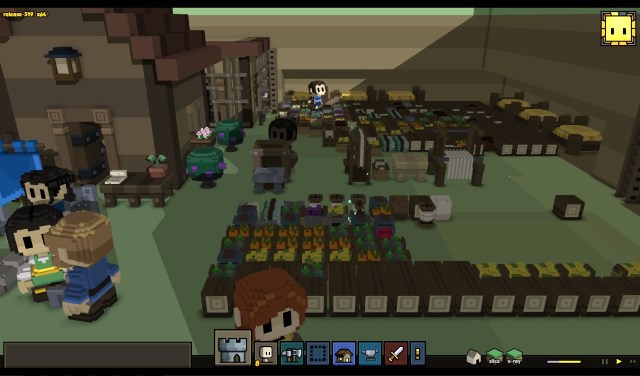 Stonehearth gave me a few moments of fun within the hours that I played it, but mostly I just felt bored and frustrated. It's a shame, because I really like the idea behind it. I may revisit it once it leaves Early Access, but if what I've seen is indicative of the final product, I could probably take it or leave it.

The good news is that the developers are providing regular updates, and are obviously very dedicated to this project. It should improve over time. I really hope it does.

If you enjoyed this Stonehearth review, you're encouraged to discuss it with the author and with other members of the site's community. If you don't already have an HonestGamers account, you can sign up for one in a snap. Thank you for reading!

© 1998-2021 HonestGamers
None of the material contained within this site may be reproduced in any conceivable fashion without permission from the author(s) of said material. This site is not sponsored or endorsed by Nintendo, Sega, Sony, Microsoft, or any other such party. Stonehearth is a registered trademark of its copyright holder. This site makes no claim to Stonehearth, its characters, screenshots, artwork, music, or any intellectual property contained within. Opinions expressed on this site do not necessarily represent the opinion of site staff or sponsors. Staff and freelance reviews are typically written based on time spent with a retail review copy or review key for the game that is provided by its publisher.