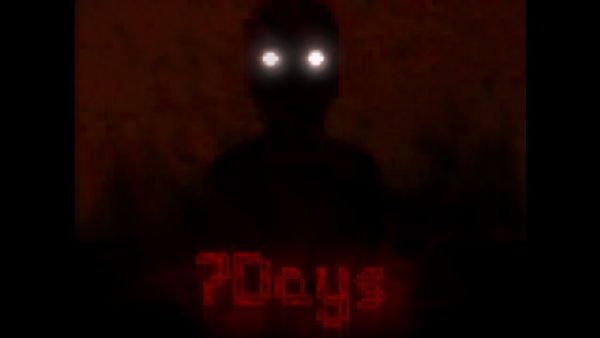 7Days commences in mundane fashion, and progressively descends into madness. You rise from a bed and examine your plain surroundings, which consist of white walls, pixelated paintings, and "ancient books." A cursory check of the adjacent hallway reveals a handful of horror game tropes: locked doors, empty rooms, disembodied speech, and inexplicable bloodstains. March further along the corridor and you'll hear the familiar sounds of white noise and distortion emanating from a door to your right. Against your better judgment, you rush to inspect the source of the disturbance. There you discover a peculiar den, decked out with jail cell bars, crimson pools on the carpet, and the name "SAM" scrawled in red on a wall. From here, you encounter a variety of ghostly phenomena perpetrated by an antagonistic entity: scuttling footsteps, glowing eyes in the darkness, and shapeless apparitions who have a habit of materializing at key points in the narrative.

Despite its chilling prelude, I had some gripes with 7Days's introductory level. For starters, the game sports an artsy premise that verges on pretension. With that in mind, I expected an amateurish attempt at depth that would result in disparaging criticisms from my eventual review. Thankfully, that never came to pass. I also disliked the ill-fitting usage of pixel art in a first-person horror game, along with the camera's awkwardly zoomed-in perspective. Following the completion of "Day 1," however, I sang a different tune. The mix of pixelated graphics and the peculiar field of vision give the game a dream-like quality that meshes well with its surreal later phases. 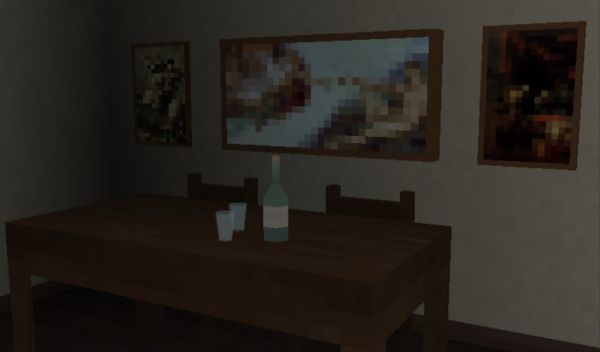 As you advance, 7Days ups the hostility factor. Bloody trails usher you into illogically built hallways and chambers that serve no discernible purpose. That's when the house transfigures itself, adding rooms and passages that were previously absent and blocking old egresses. Guttural roars issue from scarlet walls and your vision blurs, as if you've stumbled into the mouth of hell. You might scramble to locate an exit, only to find that the building has shifted yet again. Before long, you glimpse vaguely humanoid figures lurking in the shadows. Your initial thought might be "stereotypical ghost," until these beings manifest in a couple of demonic forms...

During one occasion, I entered a room with some locked doorways. I returned to my original access point and found it to be similarly sealed. Tense music kicked in at that moment, and a new entryway popped up in a previously empty corner... accompanied by a three-letter word. I didn't read the message at first, but I also didn't need to. When a fanged, shadowy demon with an immense grin approaches you from a Stygian opening, prompts like "RUN" are unnecessary... 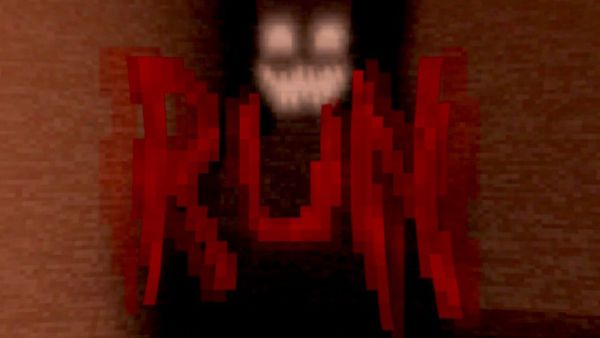 I rounded several corners and entered a couple of chambers, and a horrible thought occurred to me: "You realize this house could kill you any time it desires, right? All it has to do is generate a dead-end corridor or a difficult puzzle and you're toast." I eventually reached a portal and fumbled for the knob, but it wouldn't turn. Frantic, I whirled around to hunt for a key, which I found in a nearby closet. It didn't matter, though. In my attempt to disarm the latch, "Pixel Satan" caught me. The screen blackened and a quick, deafening roar blasted from my speakers. Let's just say I made sure not to die in the future, if only to avoid that awful growl...

By now you're probably expecting me to proclaim this title the sleeper horror event of the decade. Though it is a terrific experience, however, 7Days suffers from its share of flaws. For one thing, the adventure recycles some of its jump scares too often. In particular, there are several points where the soundtrack quiets for a moment and a phantom materializes with a sudden musical spike. Although this fright was effective the first couple of times it was utilized, it grows tiresome by about "Day 3." Secondly, while I dig the simplicity and the mysterious origins of the antagonist, I can't get over its jack-o'-lantern-esque face. Yeah, 7Days's chase scenes are intense, but that cartoon mug hampers the effect a tad. 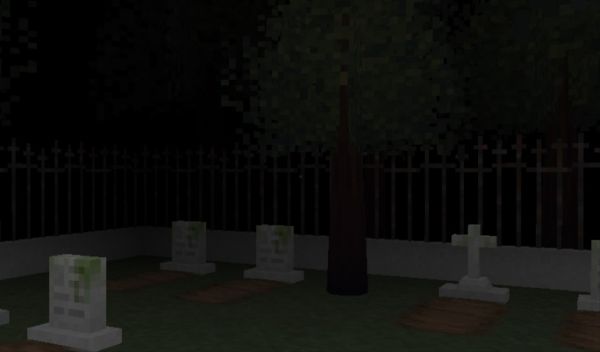 My only other grievance occurs in one specific segment. There's a scene during which the camera ridiculously zooms in, as if you're peering through a sniper rifle scope whilst traversing the house. I understand that there's a meaning to this section of the campaign and that the effect is intended to frustrate play, but it does so unnecessarily. It doesn't help that you already can't see more than few feet in front of you, because of the tenebrous nature of the environment. Tossing an overly magnified view on top of that only serves to irritate.

Ultimately, 7Days is a worthwhile freeware horror adventure that lasts about half an hour. The game explores various ways to scare you, even though it does somewhat overuse one of those methods. Best of all, though, it does a fair job of maintaining that Lovecraftian notion of the fear of the unknown. It doesn't bog you down with a contrived story used to explain the villain's origins or provide the protagonist an unnecessary backstory. The game accomplishes what any surreal horror title should: thrusts you into a role, skimps on the scare-destroying details and logic, and bedevils the hell out of you. You couldn't ask for more from a brief horror adventure...

If you enjoyed this 7Days review, you're encouraged to discuss it with the author and with other members of the site's community. If you don't already have an HonestGamers account, you can sign up for one in a snap. Thank you for reading!

© 1998-2021 HonestGamers
None of the material contained within this site may be reproduced in any conceivable fashion without permission from the author(s) of said material. This site is not sponsored or endorsed by Nintendo, Sega, Sony, Microsoft, or any other such party. 7Days is a registered trademark of its copyright holder. This site makes no claim to 7Days, its characters, screenshots, artwork, music, or any intellectual property contained within. Opinions expressed on this site do not necessarily represent the opinion of site staff or sponsors. Staff and freelance reviews are typically written based on time spent with a retail review copy or review key for the game that is provided by its publisher.