Ill be the first to admit that I probably shouldnt enjoy the Pokémon games as much as I do. I find the rest of the franchise brain-meltingly childish, but for some reason, Im still drawn to the portable titles like a fly to honey. I think it has to do with the nostalgia of it all, and despite five generations of redundancy progress, I find myself wanting to see what the next one will bring. Thats why when I first heard about Pokémon X and Ys release, I pre-ordered my copy six months in advance.

Needless to say, since its release in October, Ive found myself engrossed in everything Pokémon X has to offer. Since the sixth generation is the first 3D release in the series, I couldnt wait to see what features Gamefreak would implement. I needed to discover what secrets lay hidden throughout the new region of Kalos. I had to explore every nook and cranny, climb every mountain, surf every river, and battle every trainer, all in the hopes of seeing and catching every last one of this generations lovable (or detestable) critters. 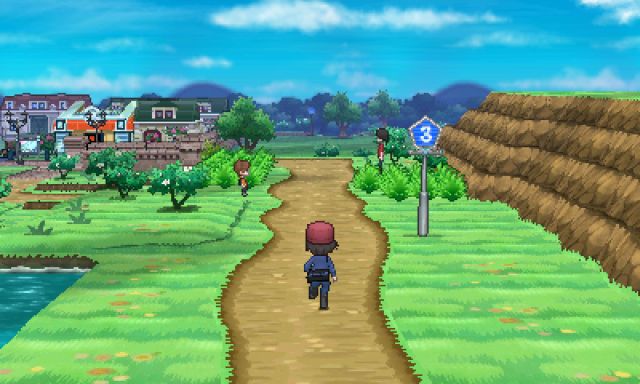 What I slowly realized as I continued my journey was just how well the developers have catered to both newcomers and veterans alike. Newbies will appreciate this gens accessibility. Kids will find the progression fairly straightforward, with plenty of tips and directions given by various NPCs to acclimate them to the new features. People and barriers will block anyone from straying too far off the beaten path, so you really cant get lost.

Unfortunately, veterans will find all the handholding rather demeaning, and nobody will enjoy lackluster story. Its tale of a happy-go-lucky adventure to discover the truth behind mega evolution leaves the player without much of a sense of purpose. Previous generations had you traveling the world in search of that versions legendary mascot, or stopping the obligatory evil organization from destroying the planet. Here, youll hear no word of the legendary cervid until your last leg of your quest. Even the nefarious Team Flare poses no real threat until then, either. After all, a goal to pursue ones own happiness regardless of others isnt exactly heart-stopping. 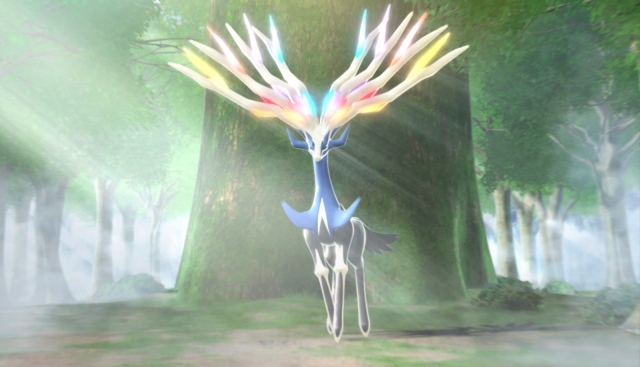 This isnt to say that the concept behind what youre looking for is bad. In fact, Mega Evolution has turned out to be the most game-changing feature since the advent of abilities and natures in Generation III. Once you acquire the Mega Ring, youll be able to trigger a second evolution beyond a Pokémons final stage, as long as they hold their respective stone. These further evolutions will often alter abilities and boost stats to make your monsters more competitive. The catch is you can only do it once per battle, so youll have to choose wisely, then strategically build your team around the Pokémon youve selected for evolution.

My favorite Pokémon is Charizard, so I naturally went with him as my lead. With a move set perfect for Xs mega stone, I built him to be a physical sweeper. Even just two buffs to attack and speed make him strong enough to trounce almost anything with a single blow. The added dragon type, which replaced the inferior flying, makes him resistant to most other types. Hes far from invincible, however. Hes now vulnerable to earth, and rock can devastate him, too, despite its reduced strength. He also needs to be wary of faster dragons, and there are a lot of those.

Gamefreak has also introduced a new type altogether  Fairy  which is also great at countering dragons. This has further revolutionized the way Pokémon is played. Several normal types have now been switched to fairy, or have had the type added. A few single types received it, too, such as the psychic Mr. Mime or the water mouse Marill. With only two uncommon weaknesses to poison and steel, and its resistance to heavily used fighting types, Fairy has become one of the most versatile team members. It also helps that Pokémon blessed with the type often have fantastic defensive and offensive capabilities, such as the eighth Eeveelution Sylveon.

Perhaps the most exciting thing about this generation, however, is the fact that the meta-game has now made it possible for anybody to go competitive. For veterans like me who appreciate the strategy behind Pokémon, this is the time to try it. In the past, trading was only really possible with your close friends, or in public hotspots with unsecure Wi-Fi connections. Now with the 3DSs ability to connect to any kind of network, you can stay online for hours trading and battling with people. 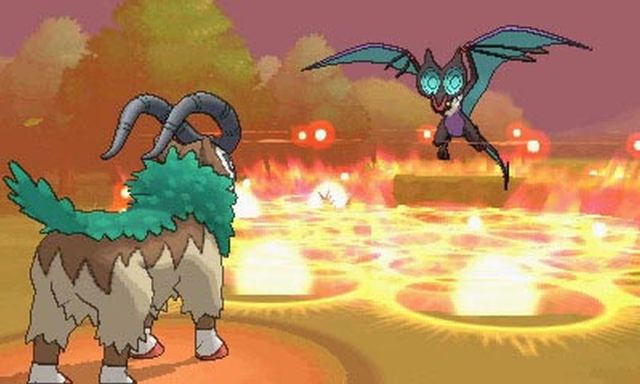 The games have also made it easier to breed the perfect fighting machine. Items like the Destiny Knot and Everstone are essential to passing down stats and natures respectively. Someone in the post-game town of Kiloude City tells you whether your hatchling has perfect potential in any of its six attributes. Mini-games like Super Training allow you to buff up your mons in a matter of hours, rather than tediously grinding out levels.

Some might complain that only 66 new creatures were introduced this generation. However, the reality is that the world is so diverse, this doesnt matter. With three regional Pokédexes, each a reflection of Kaloss extensive geology, players can capture up to 450 of the 717 unique monsters without reaching the post-game. Besides, lets be honest here; Nintendo has lost all its creativity with its Pokémon design ages ago. Cotton candy and car keys dont exactly scream inspiration, you know?

The introduction of the Friend Safari further expands your options, once you beat the Elite Four. Depending on whether your friends have also become champions, youll be able to catch up to three Pokémon in any given Safari. What youll find can be as common as a Butterfree, or as rare as a Ditto. Completionists will need to frequent the place if they wish to fill their Pokédex, but its use doesnt end there. You can find Pokémon with hidden abilities there as well.

Recently, Nintendo has launched Pokebank, which enables players to transfer boxes of Pokémon from Black, White, their sequels, and X and Y into a Cloud-based storage system. Using this software, its now possible to obtain even the rarest of legendaries. Those who sign up now will get a free Celebi, as part of an event that has been extended through September 30th due to numerous server issues. The news is a boon for anyone hoping to actually catch them all, though that particular feat will still prove quite difficult without cheating. Most people wont have had access to the one-time events that gave those legendaries from the fourth and fifth generation. Hardly anyone will be able to meet the demand for them on the Global Trade System.

As for me, Ive plugged more than a hundred hours into the game already. I still dream of finalizing my perfect team and challenging everyone I can find online. And winning, I should add. Losings pretty easy when skilled players exploit a single weakness. I will do it, though; Im more than halfway there. I just need a few more eggs and some thoughtful trades. Of course, I wouldnt be close at all if Gamefreak had never opened up the game to its true potential. For anyone seeking a fresh start with this franchise, Pokemon X and its counterpart are the way to go.

If you enjoyed this Pokémon X review, you're encouraged to discuss it with the author and with other members of the site's community. If you don't already have an HonestGamers account, you can sign up for one in a snap. Thank you for reading!

© 1998-2021 HonestGamers
None of the material contained within this site may be reproduced in any conceivable fashion without permission from the author(s) of said material. This site is not sponsored or endorsed by Nintendo, Sega, Sony, Microsoft, or any other such party. Pokémon X is a registered trademark of its copyright holder. This site makes no claim to Pokémon X, its characters, screenshots, artwork, music, or any intellectual property contained within. Opinions expressed on this site do not necessarily represent the opinion of site staff or sponsors. Staff and freelance reviews are typically written based on time spent with a retail review copy or review key for the game that is provided by its publisher.