When I think back on the US Saturn's opening months and its lineup of games that were sure to give the upcoming PlayStation a run for its money*, a follow-up to a Sega CD adventure title is what obviously comes to mind. Better yet, despite being two completely different games, The Mansion of Hidden Souls shares virtually the same title as its predecessor, except the brilliant staff at Sega of America saw fit to add a 'The' for the sequel; surely this won't confuse fans victims of the original into thinking this is just a port job. I bet had a third game came into existence, SoA probably would have named it Mansion of Hidden Souls, The. 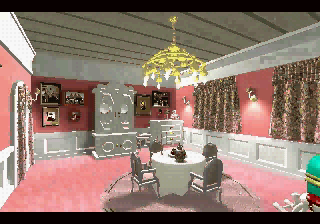 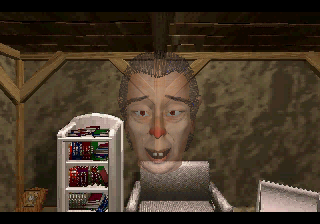 At first, I was pondering why such a game managed to get localized, especially as the whole FMV "interactivity" fade was becoming an unwelcome niche for consoles, but then I remembered: Myst happened. SoA clearly wanted in on the action, and The was the closest they had at the time. As the title implies, the sequel again takes place in a mansion in an undetermined time, place, or reality, inhabited by humans-turned-butterflies, now with transparent, talking heads for the players' sake, that wanted to escape the troubles of the world. Having no connection to the cautionary tale of the first, The features a brand new set of characters in a plot that threatens the very presence of the mansion.

While I was in no way expecting this to be a tremendous upgrade over the first one, I was actually really curious if the dev team refined certain aspects so that the experience would be less boring. One thing that hasn't changed is the act of moving nonchalantly around the mansion in first person, thanks to having to wait for moving animations to finish with each turn. Whoopee. The goal and so-called play mechanics are a bit different, however, as you must do some Hardy Boys investigating in order to unravel the mystery of the red moon on the night of your visit. So you basically enter the building's rooms, talk to their dwellers, obtain items, and use said items to haggle. This is the entire game. 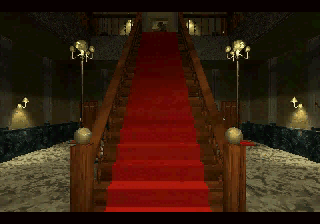 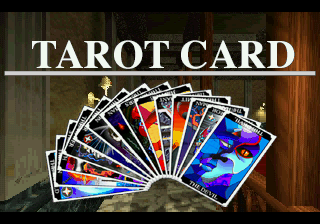 Okay, that probably doesn't sound obviously dreadful at first, especially if you play RPGs or other adventure titles. Having to deal with FMV movement makes The a chore to play by default, but advancing the plot is such a pain because of the method used: enter every room until you talk to the right person, then enter every room again and look at every angle to obtain the right item, then enter every room again ad nauseam. There are some moments when you understand where to go, but a hefty chunk of your adventures involve not having a clue where to look, so you really have no choice but to check every room.

Clear-cut issues along the way also help make The particularly difficult to complete without succumbing to boredom, like having to wade through uninteresting characters babble on about things you normally don't care about. If you're going to make a game where you have to listen (there's no text) to all the conversations, because you can't skip them, then you better make them interesting. Worse, you have to make timed Yes/No decisions during some talks, and if you drift off and pick the wrong one, you usually have to restart the whole conversation. Annoyingly, too, even when you pick the obvious answer, your incompetent sidekick refuses to believe it and attempt to give you a red herring. This got frustrating towards the end when the facts were in front of us, and he still was in denial due to his underlining man crush on the culprit. 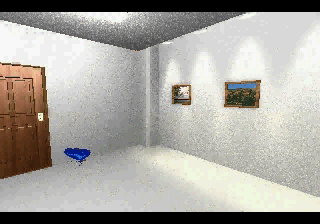 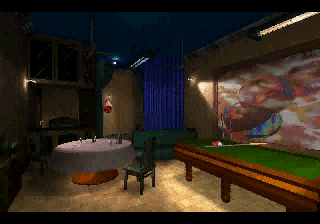 I kept playing, though, because I hoped there was going to be a payoff, and something did happen that I wasn't expecting. I was transported into a bizarre dimension... from the weird, butterfly-inhabited dimension I was already in, where an apparition appeared, then a cockroach-looking demon appeared, then the power of friendship, and then the credits. Or something like that. It was dumbfounding. I didn't think it was possible, but The triumphs its Sega CD predecessor by being the better non-game. With the first, flaws and all present, I can at least say it tried to be a game with its minimal puzzles, smarter plot-related navigation around the mansion, and even allowed you to save on the spot, which the sequel traded for a save room. 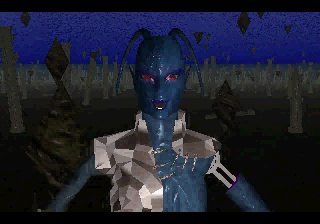 The game also lost the ambient, mystical charm of the first mansion, aided by lighting effects and a wondrous soundtrack; in their stead are brightly-lit, mundane rooms and some of the most unintentional, corniest themes I've heard in a mid-90s video game. For some reason, too, the instruction manual and the start of The made a big deal out of a tarot card deck in your inventory, so I thought they were going to be an important mechanic. In the end, they held absolutely no value other than displaying a different card in every room. Every time I opened the inventory, they're the first thing I see, and a constant reminder of how stupid this game is as an adventure title.

If you enjoyed this The Mansion of Hidden Souls review, you're encouraged to discuss it with the author and with other members of the site's community. If you don't already have an HonestGamers account, you can sign up for one in a snap. Thank you for reading!

© 1998-2022 HonestGamers
None of the material contained within this site may be reproduced in any conceivable fashion without permission from the author(s) of said material. This site is not sponsored or endorsed by Nintendo, Sega, Sony, Microsoft, or any other such party. The Mansion of Hidden Souls is a registered trademark of its copyright holder. This site makes no claim to The Mansion of Hidden Souls, its characters, screenshots, artwork, music, or any intellectual property contained within. Opinions expressed on this site do not necessarily represent the opinion of site staff or sponsors. Staff and freelance reviews are typically written based on time spent with a retail review copy or review key for the game that is provided by its publisher.