Let's be frank, you've never heard of Mansion of Hidden Souls. If you have, you're either shockingly knowledgeable about video games, bought the title back when it came out, or saw the Game Center CX episode it's featured in (151), where Arino's goofy assistant tries to get him to wave a silly wand. For those in the dark, Mansion of Hidden Souls is an adventure title that follows the story of two siblings wandering the forest at night, and the sister completely ignores the legend of the elm tree that can transform anyone into a butterfly. As the brother, you chase after your sister, only to come across a mysterious mansion, and you must venture the building's eerie inner workings to recover your flesh and blood. Now, when I describe this as an adventure release, I mean of the PC variety, the King's Quests and the Monkey Islands where you converse with various NPCs and overturn every rock to find items that advance the plot. 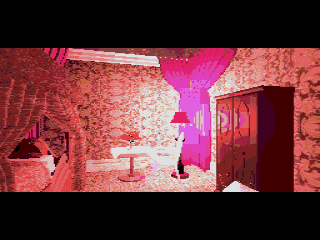 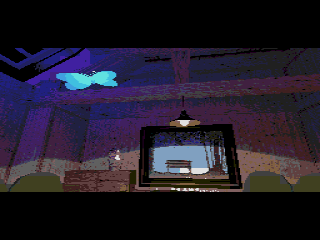 But! This Sega CD exclusive is different in that it's an interactive video game! That sentence alone is enough to give any aged player heartburn, since anyone who gamed through the early 90s had to suffer through the whole FMV/CGI craze with the invasion of CD-based consoles and add-ons. So this begs the question: why on Earth did I want to play Mansion of Hidden Souls knowing full well it's something like The 7th Guest? I get that it takes place in first person and that you move in the direction you press the d-pad in, but I was genuinely curious how much of a delay there is between pressing the pad and waiting for the animation to play out. When I think of CD console gaming in its infancy, it's very hard to forget the countless moments I had to sit and wait for a video clip to play or a stage to boot up due to loading times. To my astonishing surprise, there's really no delay, making exploration through the ominous mansion a lesser pain than I imagined.

That still doesn't make it okay that you're forced to endure these animation sequences every single time, since there's no ability to skip them; the "wow" factor disappears five minutes in, and by that point, you wish the devs would've had an option to navigate still frames. That would imply the game is worth playing more than once, which isn't the case, so I guess it's a blessing that Mansion of Hidden Souls' trek barely makes it over the one hour mark, since they were more hung up on making a showcase than an actual video game. For an adventure-style title, there's not very much adventuring to do, because the building is so small that the mansion from Resident Evil 1 seems like a castle in comparison. 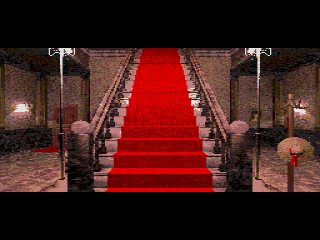 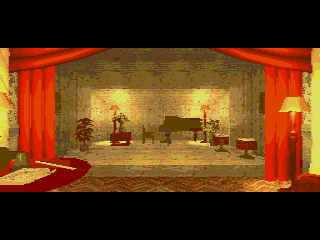 For the first half of Mansion of Hidden Souls, exploration is severely limited due to most rooms being locked, and from there, it's a process of elimination involving the search for keys. This in itself is super easy, since the act of discovering items only requires players to push the d-pad in the direction of a table or a painting, which will either trigger a close-up animation or the acquisition of something helpful. Along the way, you'll bump into inhabitants of the mansion, butterflies that used to be humans, and their sole purpose of existing is to hate you with clear voice acting. So... it's just like any adventure game. Unfortunately, you can't skip any of these unwanted lectures, and worse, whenever you make progress, they'll have brand new ones whenever you have to search a room again.

Apparently believing the simple-minded trek for keys in a limited environment to be too much for gamers, the devs included a magic mirror in the entertainment room that gives image hints on where to look next. I'd call this an insult if it weren't for the fact that I was seriously stuck in one or two places, and had to look into the mirror to confirm if I was doing something right. There's a candle room, for example, that tasks players to light up and blow out certain candles in order to access the basement. Considering they give a solution two rooms away, this should have been solved without any problems, but for some reason, the puzzle refused to unlock the first four or five times I performed the correct combination. I actually had to look up a guide to see why it wouldn't work, and the FAQ said I had to light a specific candle, blow it out, then light it up again. For some reason. The last thing you want when solving a puzzle in a video game is wonky programming. 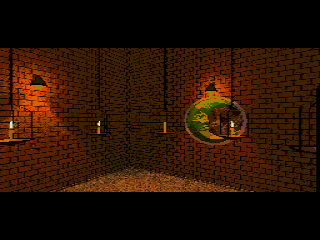 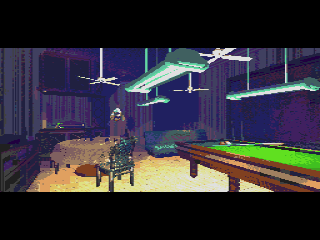 Giving credence to this being more a virtual house tour than something to play, the developers start treating its product like an actual video game towards the end. You actually get three possible methods of failing, one of which is a Sierra-style death (walk towards water, fall in water...), and another includes trying to escape the mansion under an in-game timer. The latter is really a pain, because the devs clearly designed this section to make you backtrack a lot, especially when you make a miscalculation during the maze finale. I actually looked at the guide again during this part because I was so tired of having to "play" and stare at Mansion of Hidden Souls for an hour, that the thought of redoing the entire timed segment gave me a headache.

I will give the team credit for creating an otherworldly, sometimes unsettling atmosphere to the house with its interesting use of designs and sound effects. When you enter a study room lined with bookshelves, the unusual blue lighting gives it a ghostly aura, and the sense you get from the entertainment room's theme of curiosity and wonderment gives it a relaxing vibe. Oddly, the game was advertised as being a horror title, with the back of the box describing "blood-curdling screams" that never once happen, and a magazine ad that talks about and displays a gamer that survived something truly terrifying. The most Mansion of Hidden Souls ever did to creep me out was play dreadful music when looking into a fireplace. Nothing scary even happens when you finally enter it! Maybe the player was shocked about beating the game without falling asleep?
1.5/5

If you enjoyed this Mansion of Hidden Souls review, you're encouraged to discuss it with the author and with other members of the site's community. If you don't already have an HonestGamers account, you can sign up for one in a snap. Thank you for reading!

© 1998-2020 HonestGamers
None of the material contained within this site may be reproduced in any conceivable fashion without permission from the author(s) of said material. This site is not sponsored or endorsed by Nintendo, Sega, Sony, Microsoft, or any other such party. Mansion of Hidden Souls is a registered trademark of its copyright holder. This site makes no claim to Mansion of Hidden Souls, its characters, screenshots, artwork, music, or any intellectual property contained within. Opinions expressed on this site do not necessarily represent the opinion of site staff or sponsors. Staff and freelance reviews are typically written based on time spent with a retail review copy or review key for the game that is provided by its publisher.