The survival horror genre is on its way off the field, and not as the victor. Flagship franchises have moved on from the fundamentals that once made the niche genre what it was during its heyday, or they have lingered around the perimeter without breaking new ground in the manner that might ensure longevity. The dedicated enthusiasts who remain are left with the scraps that were occasionally fed by studios possessing lower budgets than the ones that once were afforded the games that birthed the genre. For better or worse, we settle for the quirky and macabre clusterwhat, Deadly Premonition, or we latch onto the likes of genre hoppers such as the Left 4 Dead series. ZombiU, though, attempts to serve as a throwback to the days of old. Backed by Ubisofts bulging coffers and headed our way as a throwback from the arm of a Joe Schmo rather than a Joe Montana, the title feels like it belongs in the genres middling days and not its prime. Nonetheless, it does enough things well to at least move the ball forward a few extra yards after the catch.

Two types of tension reign in ZombiU, mixing the underlying Kubrickian unease of a slow-build zombie encounter with what can best be described as Dark Souls dread. Youre on pins and needles during every moment you spend rounding each corner. Unsurprisingly, the two elements prove quite complementary to one another. In ZombiU, the player dies and leaves behind his or her inventory for the next survivor to discover, in the process perpetuating a foolhardy cycle of death and reincarnation that is somewhat goofy in presentation, one which also requires the player to suspend disbelief quite liberally. How, you might well ask, does the new protagonist know what the old one was doing when he died? 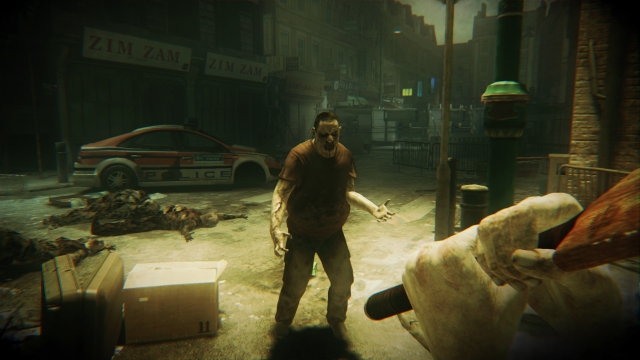 Be content with the lack of any real answer to that logical question and the gameplay that youll enjoy as a result proves shockingly rewarding. Retrieving the supplies dropped by your previous character can prove an arduous task (and even somewhat melancholy). It allows players to bond with their randomly-generated corpse before watching it succumb to the inevitable disease. I found myself relieved in one instance as I watched a favored character of mine die in an explosion rather than becoming one of them.

The cavalcades of playable characters are empty shells with no backstory beyond whatever the game briefly generates. Maggie Johnson was a bobby for a living (whatever the hell that is), and thats all there was to know about her. If only the games actual story could be so simple. It explains that the world has fallen under a new plague, which is a decent enough premise, but only the loons appear to have survived unscathed. A complex conspiracy theory involving John Dees prophecies is then presented as the only logical explanation for what is happening throughout the world. Several factions of John Dee cultists vie for help from the emotionless protagonist, who goes along for the linear ride because why not? In this manner, the plot embraces a what if scenario without backing it in a credible manner, which tells a tale so forced and unbelievable that youll soon struggle to even care what happens next.

Because the outbreaks central source is located in England, I expected to traverse unfamiliar territory while dodging the undead. Instead, ZombiU digs itself into a ditch in the early going by offering only recycled environments that closely resemble all-too-familiar survival horror staples. Such locales as subways, sewers, labs, urban cityscapes, quarantine camps, and others dampen the mood by treading ground that in the past has been more memorably covered by the crown jewels of the industry. Even Buckingham Palace feels like old hat here, resembling an off-putting Resident Evil-lite mansion that is inexplicably lined with street trash to blockade inaccessible areas--God Save the Queen, indeed! Not until its latter half does the game give us the commonwealth of Spitalfields (amongst other backdrops), which finally helps to set it apart from the pack. The good news is that the limited space afforded each area means that backtracking less of a chore than it would be in similar titles, and yet the frequent battles with the undead also make the game feel a lot bigger than it actually is (a trend that Id like to see in future games, as developers come to realize that bigger is not necessarily better). 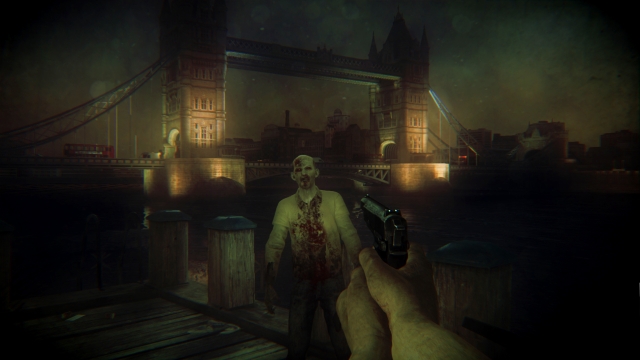 ZombiUs implementation of the Wii Us gamepad is perplexing, combining disappointing redundancies with more satisfying uses for the newfangled tech with mixed results. Throughout the games majority, youll use the gamepads screen to scan the environment in an effort to detect and consequently mark hostile movement and item locations. This is both exciting and productive, as it makes the game come to life in your very living room. Moving the gamepad to face the area behind wherever youre seated so that you can scan all available items within your in-game surroundings is a pain, though its nothing that you cant solve by moving your character so that his or her back is to a wall as a quick scan is initiated. The best thrills come during moments when you initiate a scan and immediately notice a red ping behind your character as you tackle a battle directly ahead of you. Such cases leave you naturally wondering if that ping you saw represented a harmless animal or a dangerous foe. The less thrilling moments between those scans and battles are filled with frustratingly vanilla sequences that involve tapping the screen to pry boards off of blockaded doorways, or holding a finger in one place to pick locks rather than, say, navigating a maze or something more refined and substantial. Such deadbeat attempts to utilize the touch screen were already played out a few months after the launch of the Nintendo DS, let alone as part of a console title eight years later.

Micromanaging the numerous miscues in real-time is equal parts intense and clunky. Rummaging through your duffel bag to find a snack bar that can replenish your health while a zombie horde rapidly approaches will cause you to sustain as many deaths as that desperate action will prevent, which forces you to learn the game in trial-by-fire manner. Expect to die a lot early on as you fumble to find the tactics that best suit various scenarios. The game also intensifies its difficulty in the latter third of the adventure, as packs of zombies arrive more frequently and helpful items such as ammo and restorative supplies wane in contrast.

Finally, it must be noted that combat throughout the game is quite redundant. Around 80% of the time it simply involves swinging a rugby bat and--typically--screaming at encroaching zombies. The whole experience can be reminiscent of Condemned: Criminal Origins, an earlier release that took a simpler and thus better approach to such affairs. When survivors grunt louder than any gunshot, or scream at the top of their lungs, that can be more grating than any frustrating scenarios the game might toss your way. 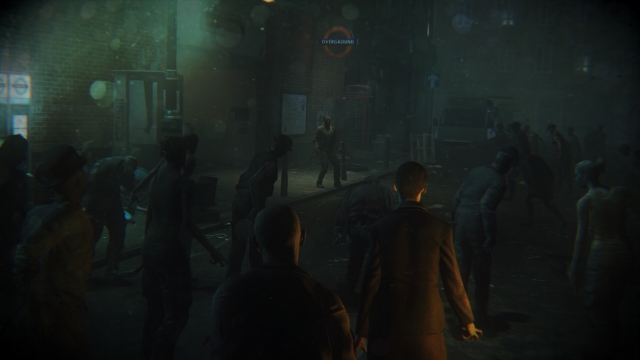 ZombiU takes baby steps as it attempts to evolve the genre, rather than the giant leaps you might hope for. It emphasizes the survival in survival horror, an approach that has fallen out of favor. We now live in a day and age when even Resident Evil packs AK-47s, so its difficult to say exactly where ZombiU fits in the current picture. Certainly, it doesnt belong squarely within the center; perhaps it can take up a corner spot. Here youll find those elements that keep us awake as we lie in our beds at night: unfamiliar noises in a darkened area; the tension that results when your flashlights beam fades from sight just as a pack of undead zombies bears down upon you; the dread over whatever unknown threat might lurk in that room at the end of the hallway as silence envelopes you. Such scares are the reasons we play and enjoy this dying genre, and ZombiU inevitably takes us to those unsettling places even though it carries us there on the back of some decidedly run-of-the-mill gameplay. Flaws are disguised as obstacles, and tedious becomes intense as you toss questions and careful consideration to the side and instead work to survive longer on your new life than you did the previous one. The resulting experience is a strange one, well worth the time an investigation requires in the midst of a launch lineup that needs more quality exclusives of this kind.

If you enjoyed this ZombiU review, you're encouraged to discuss it with the author and with other members of the site's community. If you don't already have an HonestGamers account, you can sign up for one in a snap. Thank you for reading!

© 1998-2022 HonestGamers
None of the material contained within this site may be reproduced in any conceivable fashion without permission from the author(s) of said material. This site is not sponsored or endorsed by Nintendo, Sega, Sony, Microsoft, or any other such party. ZombiU is a registered trademark of its copyright holder. This site makes no claim to ZombiU, its characters, screenshots, artwork, music, or any intellectual property contained within. Opinions expressed on this site do not necessarily represent the opinion of site staff or sponsors. Staff and freelance reviews are typically written based on time spent with a retail review copy or review key for the game that is provided by its publisher.