Once upon a time, the princess Solange was loafing around the throne room, showcasing her spectacular figure in a stylish suit of armor that left less to the imagination than most bikinis. Her father was sitting on the throne, doing kingly things, when suddenly a hostile force arrived at the castle walls.

The villagers have let them in the front gates! someone yelled not long after that, from somewhere, and the king wondered aloud why the people would do such a thing.

Its a fair question, asked within a game that inspires many fair questions while failing to offer many satisfactory answers. Code of Princess isnt exactly the sort of title that does well if you examine it closely. Its a simple brawler, a bit on the short side without any wrinkles that go more than skin-deep. There is a good game here somewhere, but blink and youll miss it. 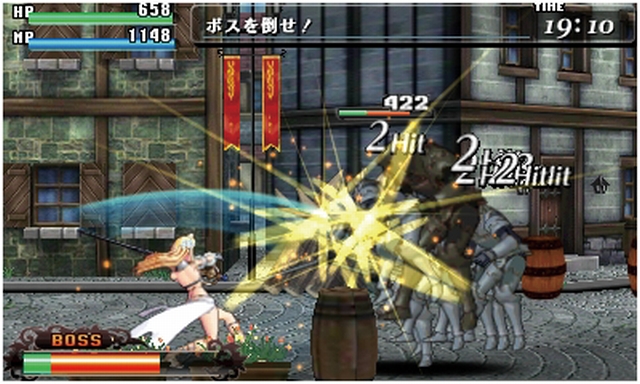 Youll notice almost immediately that Atlus has done a predictably wonderful job with the localization, so at least theres that to appreciate. The localization is reminiscent of an old Working Designs effort, in that the characters say things that feel surprisingly contemporary and commit to every line with infectious personality. Its easy to appreciate each of those characters, from the busty heroine, to the shifty young bard, to a disinterested necromancer and a brutish fellow who likes cuddly forest animals. There is enough charisma here to support a properly lengthy RPG, which means that one of the greatest tragedies in Code of Princess is the fact that the writers werent given time to more fully explore the themes and story.

Unfortunately, time must have been at a premium. There are just over 30 standard stages in the proper Story campaign, and many of those dont last long at all. Youll hear the excellent voice work, youll enjoy the sweeping soundtrack (which is good enough that launch copies of the game ship with a CD), and youll admire the character artwork (gathered in a booklet that also is free with launch copies). The presentation up to that point is difficult to fault. Then youll play an actual mission and find that some stages can be cleared in a measly 15 or 20 seconds (particularly once you level up your character).

Character progression is an important aspect within the game, though that statement implies complexity that doesnt actually exist. The limited evolution that occurs over the course of the game comes in the form of stat boosts that you gain by equipping new gear--found in levels or purchased from a shop between stages--or by advancing levels. Its almost too easy to gain a level in Code of Princess. If you keep chugging along, youll go up a level or two nearly every time you clear a stage. Stat points can then be spread out over the usual categories as you see fit, so that your chosen character is able to withstand more damage, or activate his or her hyper mode for longer, or move more quickly, or hit harder. That last option proves to be the main one that matters. Once youre able to string together a combo and youve boosted the Attack stat enough, theres not an enemy in the game thats likely to give you much trouble. 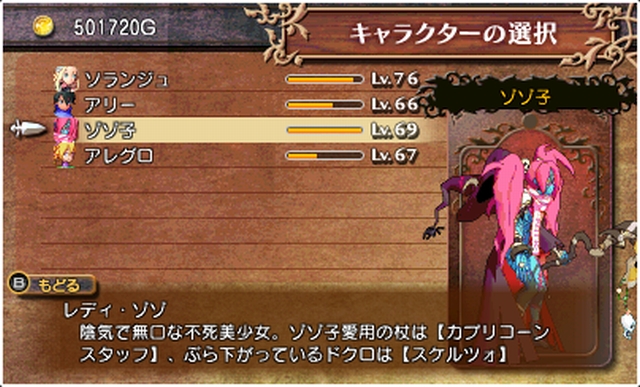 Level grinding is painless, which is good, but it also has the potential to break everything. You wont have to play very much to take your character halfway to the level 99 cap, and the remaining 50 levels come almost as quickly. Thats true mostly because you can revisit any stage you like as often as you like, or access bonus stages that also allow you to farm for experience. If you want a shortcut, you can revisit a likely stage just a few times and then plow through the rest of the game. Such behavior is practically encouraged.

Even if you dont overpower your character, though, Code of Princess largely fails as a brawler because the combat system lacks meaningful complexity. Your character can block attacks, lock onto a specific enemy, and perform a few special moves. He or she can step forward toward the front of the screen, or dance into the background, but spatial depth barely plays a role at all except in rare cases where you need to perhaps dodge dragon breath or something similar. Its also easy to lure enemies to the foreground or background and then pummel them as they join you on one of the three planes. Aside from a few escort missions, objectives lack variety. Basically, you just enter a small area and pummel a few enemies and maybe a boss. Then you do the same thing in the next stage.

To its credit, the game does attempt to remain compelling even after you beat the remarkably short campaign, but those efforts mostly fall flat. Nearly any character you meet over the course of your adventure can lead the battle charge, and many of those new allies possess special skills that make them unique. However, the bulk of those characters can only be utilized in the Free Play mode, not within the proper campaign. Their addition is a mere novelty. You might have fun controlling one of the more fearsome enemies in the game, but that tends to remain interesting for only a few minutes. Some characters are also incapable of clearing certain levels, which makes their inclusion less worthwhile. 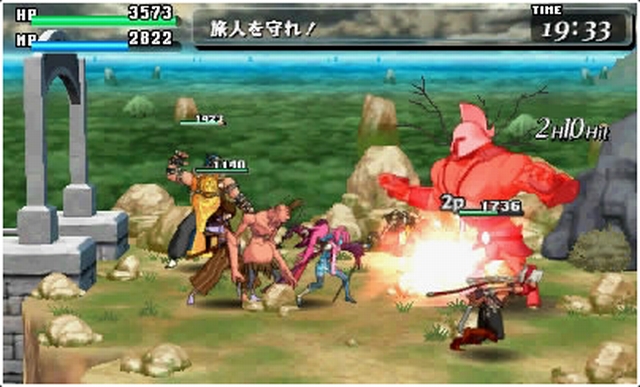 Code of Princess includes some nice local and online multiplayer options, but you may have trouble finding opponents or allies. Even when you face off against someone, theres little interaction in lobbies and your adversary might vanish into the winds after a single round, leaving you to fruitlessly search for another lobby (or create one and wait around for several minutes, hoping that someone will join). For those who dont want to spar, the game also offers a cooperative mode, but theres not much reason to mess around with it when stages are so easily cleared even without assistance.

Atlus USA has built up a catalog of great games. On one level, Code of Princess qualifies to join some of its beloved contemporaries. The heroine and her friends are difficult to resist, and the story is capably delivered. Shallow combat removes any incentive to keep playing once youve cleared the campaign, though, and then youre left with a game that probably wont amuse you for more than three or four hours in total. Even the art book and soundtrack CD struggle to justify a hefty investment. But hey, at least Solange looks good in her armor. Thats surely worth another $10 all by itself

© 1998-2021 HonestGamers
None of the material contained within this site may be reproduced in any conceivable fashion without permission from the author(s) of said material. This site is not sponsored or endorsed by Nintendo, Sega, Sony, Microsoft, or any other such party. Code of Princess is a registered trademark of its copyright holder. This site makes no claim to Code of Princess, its characters, screenshots, artwork, music, or any intellectual property contained within. Opinions expressed on this site do not necessarily represent the opinion of site staff or sponsors. Staff and freelance reviews are typically written based on time spent with a retail review copy or review key for the game that is provided by its publisher.