There are some critics out there (maybe most of them) who are much better at Tony Hawks Pro Skater than I am. You can read their reviews and get the sense that they are people who put together million-point combos in their sleep. They are people who at one point memorized every gap and maybe they can tell you at length why the manual changed the way we play.

I am not one of those guys and I wont pretend to be. I am one of the guys who happens to like Tony Hawks Pro Skater without actually being much good at it. I played the demo of the first game when it came with my brother-in-laws pizza, and I enjoyed it enough that later I bought the Nintendo 64 version and played it until my thumbs practically had blisters. I stuck with the series all the way up until its ninth installment, enduring the highs (Tony Hawks Pro Skater 3, Tony Hawks Project 8) and the lows up to that point (Tony Hawks Underground 2, Tony Hawks Proving Ground) before finally I couldnt take the torturous quality seesaw any more. 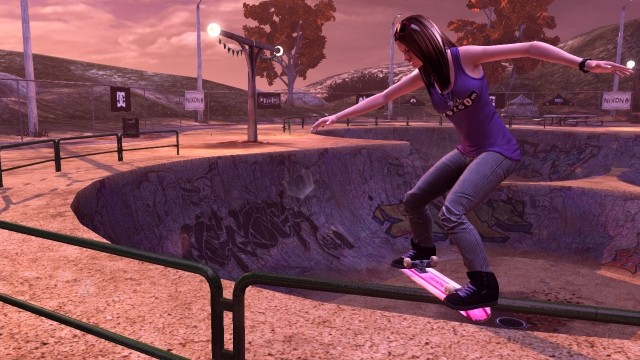 Now Im back, because Tony Hawks Pro Skater HD promised a return to the basics that made me fall in love with the series in the first place. Developed by Robomodo, the team responsible for the two most recent games in the franchise that I never played because they require the use of a plastic skateboard and I have the balance of a chloroformed elephant, this newest installment isnt really new at all. Instead, it represents a fresh coat of paint splashed over the moments I once knew and loved.

Tony Hawks Pro Skater HD includes a selection of levels from Tony Hawks Pro Skater and Tony Hawks Pro Skater 2, with the promise that levels from the third game will eventually be available as downloadable content (along with the revert move, which appropriately isnt included here). The levels included by default are the Warehouse, School 2, Mall, Hangar, Marseilles, Downhill Jam, and Venice Beach areas. They do a nice job of encapsulating the old experience, while leaving out a few stages that series veterans might miss (I personally preferred the numberless School stage from the first game, for instance, though my recollection is that most people liked the second one better).

Levels have been updated so that they look decent on HD television sets, as the title implies. The result is that surfaces tend to look glossier than you might recall, less like they were rendered in a primitive computer program that wasnt capable of crisp edges. There are some nice reflective effects in place and you can look out over environments and see everything, which is nice. If you try to play one of the old games on a new television now, the result can be quite hideous. An update that fixes that problem is a good thing, by my estimation. 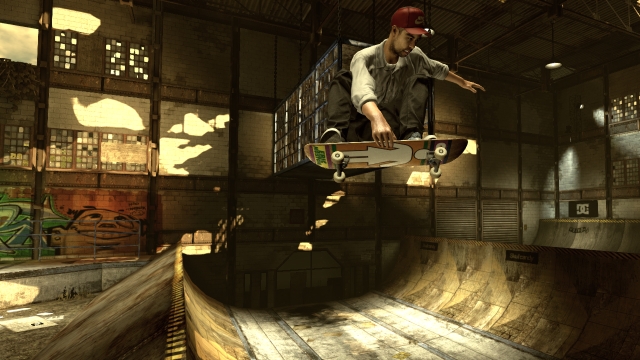 However, the revised game brings some new problems of its own. The main thing Ive noticed is that the physics system seems to have been tweaked. Im not sure how much of it is my memory playing tricks on me and how much of it is genuinely different, but either way I cant say that I like it. Bails were never especially realistic, but here theyre annoying to an extent that would be almost comical if it werent so exasperating. Your character will stumble on a lip or whatever, then he or she might well fly fifteen or twenty feet into the air, flailing wildly and somehow floating in slow motion. Maybe some blood will go flying every which way, as well. It all feels a bit absurd, even though you can press buttons to speed up the process.

Purists also are likely to protest the availability of the manual in all stages, including those taken from the first game where they werent originally an option. The manual makes stages a lot easier to navigate for the points-conscious, because you can link together combos even if you havent found a perfect line along railings and crates and such. I abused the hell out of that particular ability by the time Tony Hawks Pro Skater 3 rolled around (my biggest combos always seem to involve a lot of grinding and manuals, followed by some balancing on one lip or another), so Im not resentful of its presence here. Still, its something to consider because it makes about half the stages easier than they were previously.

Level objectives and secrets havent really changed, at least, which means youll still do things like Ollie over Ollie the Magic Bum as he tries to catch some sleep on various mats around the Marseilles location. Youll still try to break signs in the Mall, as well, and grinding huge helicopter blades still opens up more of the Hangar stage. You also find cash icons that you can use to upgrade your skater as you go. The Skater Challenge tapes are also still here, except now theyre DVDs as a sign of the changing times. Thats perhaps ironic, given that the game itself is a downloadable title. Years from now if the game is updated again for some reason, perhaps well collect thumb drives or clouds? 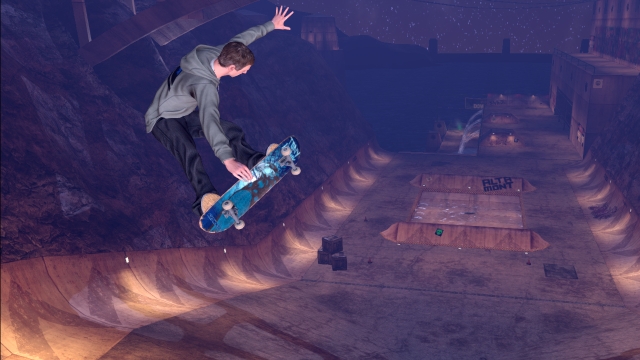 Given its downloadable nature, Id say Tony Hawks Pro Skater HD is worth an investment if you enjoyed the original games, even though enough things have changed that disappointment cant help but creep in here and there. The updated physics dont seem like they should have been necessary, and I would have been happier if still more stages from the first two games were included. Local multiplayer was axed in favor of online, as well. If youre willing to look past those flaws, though, this is definitely the best way to play through the familiar stages in 2012. If youre like me, this newest remix will provide you with many hours of mingled frustration and delight.

I ultimately enjoyed Tony Hawks Pro Skater HD well enough that Im already looking forward to downloading stages from Tony Hawks Pro Skater 3 once they become available, but not enough that I was willing to drive myself insane completing enough objectives in the Downhill Jam to unlock the last stage. I fought that battle years ago and I won. I have nothing to prove in 2012. This time around, the E in S-K-A-T-E can kiss. My. Ass.
3.5/5

If you enjoyed this Tony Hawk's Pro Skater HD review, you're encouraged to discuss it with the author and with other members of the site's community. If you don't already have an HonestGamers account, you can sign up for one in a snap. Thank you for reading!