Operation Raccoon City needed to be good. After all, it angered Resident Evil fans by simply existing, taken as proof that Capcom no longer cares about those who adored the franchises survival horror beginnings.

Its a fast-paced co-op shooter in which you and three others fight your way through a mildly story-driven zombie apocalypse. But we know that premise can be employed to tremendous effect. It certainly has been before.

Sadly, Raccoon City makes such a perfunctory effort to differentiate itself from the competition that its almost a little embarrassing. When its not aping Left 4 Dead its trying to be Gears of War, and it doesnt seem to understand what made its inspirations tick in the first place. 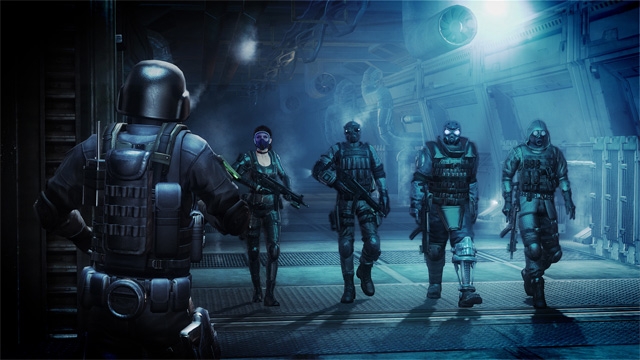 Set across the timelines of Resident Evil 2 and 3, Operation Racoon Citys campaign will see you desperately struggling to give a crap about this new take on old fiction. You can try to enjoy the occasionally cinematic cutscenes if you want, but good luck with that, because in my experience everyone just talks over them.

So, the game. You pick from one of six classes (shooty, sneaky, sciencey, explodey, a different type of sneaky, mediciney), then promptly realise your choice bears little relevance once you get into battle. Thats because the best way to succeed in Operation Raccoon City is to slam your thumb down on the left stick, sprint forward, and just shoot everything that moves.

Its a gleefully gore-ridden game, full of dismemberment and spurting blood. Shotgun blasts are particularly noteworthy, packing an uncommonly satisfying punch, but all the games weapons are capable of getting the claret flowing. Sadly, most also feel strangely underpowered. You cant help but feel you shouldnt have to hold your machine gun trigger down for quite so long to fell a lone infected.

The game promotes some intriguing strategies, such as taking enemies hostage and allowing attacks to focus on their skulls instead of your own. You can also non-fatally wound Raccoon Citys many human opponents (dreadful AI, confusingly nondescript model skins) in the hope that youll send a zombie horde their way. A nice idea. In principle.

In practice, its pointless. Its not that these tactics dont work, its just that theyre the least convenient and efficient way of making progress. Ammos in plentiful supply, and the best way to avoid death is to keep moving. Simply running and gunning, ignoring your character class and any of the clever trickery the game allows you to toy with, is by far the most sensible option. 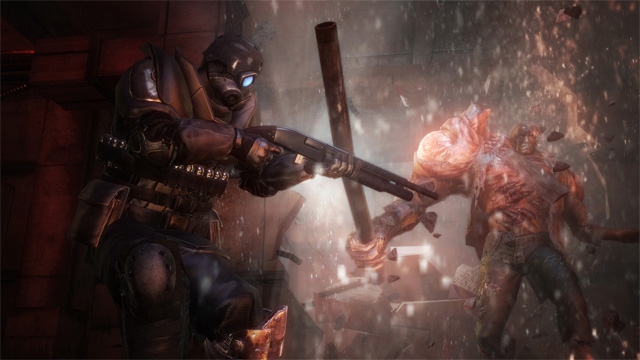 Of course, as is mandatory in modern third-person shooters, youre also encouraged to take cover - and doing so, popping out to fire bullets into the distance, is a smart move on the few occasions youre not also being surrounded by the infected masses. You snap into cover automatically upon contact with any surface the developers deemed appropriate to tag as such - helpful when it works, not so much when youre trying to calmly walk down a corridor only to see your character dramatically dive against the wall.

Juxtaposing sections of frantic, twitchy action with slower, more atmospheric segments, Operation Raccoon City clearly works hard to keep the tension at a high level. To begin with its almost effective, as you inch your way around the next corner, or hold your breath as one of your team-mates opens the big scary door.

Then you play a little further, and slowly you begin to realise the game has virtually no surprises to throw at you. And if it does, itll probably set them up in a cutscene. The more you play, the more you long for the dynamism of Valves vastly superior co-op zombie-blaster: a game only four levels long, but whose astonishing AI system tracked your every move to ensure you never knew what would happen next, even on repeat plays.

For a game in which youll fight quite so many fearsome foes, Operation Raccoon City is bizarrely resistant to chaos. You run forward, you shoot the enemies, you move on. You dont get players screaming at each other, you dont gasp as comrades are plucked from the squad by a hidden long-tongued beast, you dont get frantic firefights against practically unwinnable odds. Its bland, plodding, predictable and just a little bit boring.

Where the campaign mode occasionally steers towards competence but suffers from a crippling lack of inspiration, the games competitive multiplayer takes the opposite approach. The idea of team deathmatch variants in which you must also avoid the infected masses is a strong one, and could have led to some interesting play, but its dogged by calamitous design issues that make enjoying yourself nigh-on impossible. 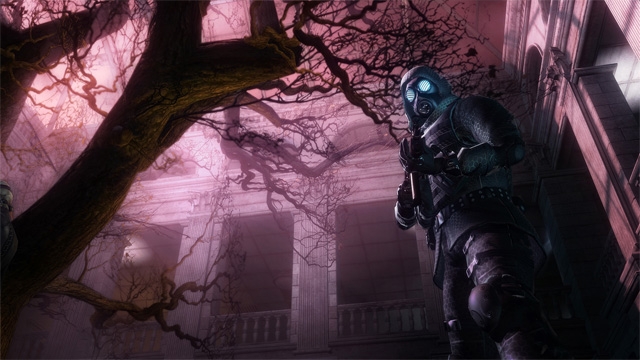 In keeping with Raccoon Citys grizzly aesthetic, these modes opt not to give either team any distinguishing features, asking you instead to identify your enemies by which ones have their name displayed above their heads. If they do, theyre on your side; if they dont, theyre not. But in the heat of battle - and the chaos does reign supreme in Versus mode - making that snap judgement takes far too long.

Youll be up against not just human enemies, and not just regular infected, but various special types as well. When all are dropped into the same arena, its often hard to catch your breath. Thats fine - theres nothing wrong with frantic battles. But when you spend half your time being knocked to the ground, then having to wait for an agonisingly long animation to play out as you clamber back to your feet, its all too easy to find yourself surrounded, battered by the enemy while youre not even in control of your character.

Across everything, the online infrastructure is a mess - trying to get into anything other than a quick match proved a nightmare of long waits and even crashes. In-game the situation isnt much better, with stutters and stalls commonplace despite the fuzzy, unimpressive engine. Incidentally, the screenshots that adorn this page are alarmingly misleading. The game itself never looks anywhere near as good.

If you, as I did, have any faint hopes that the game ever finds a strong identity of its own, youll be disappointed. This is a dismally unimaginative co-op shooter, coupled with a half-finished idea for an intriguing competitive component. Play it in either mode and youll be bored or irritated within minutes.

© 1998 - 2022 HonestGamers
None of the material contained within this site may be reproduced in any conceivable fashion without permission from the author(s) of said material. This site is not sponsored or endorsed by Nintendo, Sega, Sony, Microsoft, or any other such party. Resident Evil: Operation Raccoon City is a registered trademark of its copyright holder. This site makes no claim to Resident Evil: Operation Raccoon City, its characters, screenshots, artwork, music, or any intellectual property contained within. Opinions expressed on this site do not necessarily represent the opinion of site staff or sponsors. Staff and freelance reviews are typically written based on time spent with a retail review copy or review key for the game that is provided by its publisher.