As you plan your first purchases for the Vita, it seems safe to assume that Michael Jackson: The Experience HD isnt at the top of your shopping list. The idea of a handheld port of a year-old dancing game (particularly one that features music from only one artist) doesnt exactly light the imagination on fire, particularly not when there are so many other promising launch titles for Sonys new hardware. Dont be too quick to ignore the game, though, because it might surprise you.

Michael Jackson: The Experience originally arrived on various platforms in 2010, not long after Michael Jackson was supposed to reignite his floundering musical career. When the king of pop went to sleep one night and never woke up, his untimely passing left a void in the entertainment industry that Ubisoft rushed to fill with a dancing game. That response made good business sense at the time and it came from a logical place (then as now, the French publisher was finding all sorts of success with its Just Dance franchise), but gamers and the people who shop for them have since had time to properly mourn the loss of the most famous Jackson. Do they really need another opportunity to dance like crazy fools? Probably not. 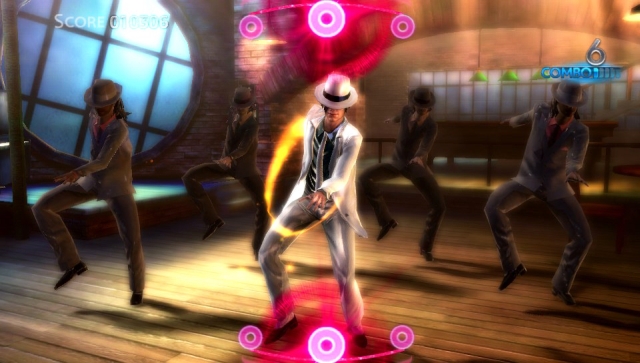 The good news is that Ubisoft took a different approach with the games new Vita edition. Michael Jackson: The Experience HD does a good job of playing to the Vitas unique strengths and control inputs. The result is a rhythm game along the lines of the DS classic, Elite Beat Agents. If youre a huge fan of Michael Jackson and if you dig that sort of gameplay, theres enough here to maybe warrant a look.

When you get right down to it, the games biggest problem is its lack of substantial content. There are a total of only 15 songs here, about what youd expect to find on a single CD, yet the game presently retails for a hefty $39.99. Thats the same amount youd pay for a number of other available launch titles, and its more than youd have to pay for something with more obvious potential for longevity (something like Ubisofts own Lumines release, for instance). While the games developers tried to squeeze the most of each included track, theres no getting around it: 15 doesnt feel like enough.

Fortunately, the songs included are the ones you would likely hope to find on such a release. Billie Jean is included as the games tutorial piece (and you can play it as often as you like after that), plus there are classics like Thriller and Smooth Criminal and Beat It. Every song in the game is available once you clear the tutorial mode, but you can only listen to them while youre playing through them until you perform well enough in the main game to unlock the Backstage versions of each song. Then you can watch those songs and listen to them without worrying about actually playing. 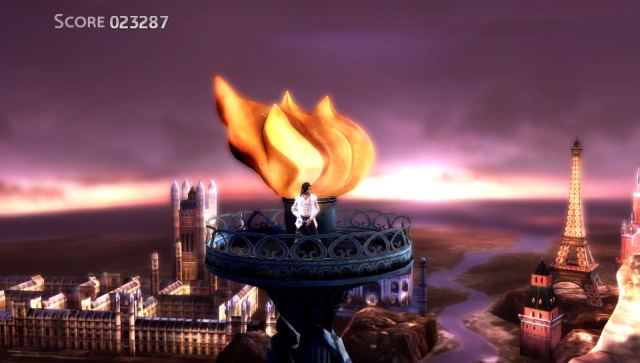 While the number of unique tracks included is disappointing, at least the songs are presented in a way that feels true to Michaels original artistic vision. There are clever intros to each of the tunes, brief scenes that should remind you of music videos from the various stages of Michaels lengthy solo career. Thriller is performed in a spooky graveyard, for instance (theres even a moment where a skeleton moonwalks), and Speed Demon takes place in a desert as Michael dances with a furry mascot. Sometimes its easy to forget how bizarre Jackson could be, so the reminders that youll find here are welcome and entertaining.

As far as the gameplay itself goes, theres not much to it. When a song begins and the intro concludes, youll see Michael dancing near the center of the screen. Arrows appear from one of eight potential sides. Their color and shape tell you what you need to do in time with the musics beat. A blue arrow means a swipe in the indicated direction, for instance. Yellow ones mean an arced swipe. Meanwhile, circles can float in from the edges and you need to tap the screen when they overlap. On the Rookie difficulty setting, its fairly easy to play through a song perfectly--perhaps using only one finger, even--but the Vita is capable of multi-touch controls and youd better believe that youre expected to use them. On the Medium and Expert levels (particularly the latter), youll be expected to swipe in all sorts of directions as the commands come at you, fast and furious. Things can get busy.

Michael dances as you input commands, and your goal is to direct him to a stellar performance that earns an A rating. Thats harder than perhaps it should be due to a scoring system that gives significant weight to Perfect timing (which isnt even possible to pull off until you unlock the special ability) and not enough attention to managing a string of moves without a mistake. Hitting a note and nailing the note are two different things. Its actually quite possible to get through a song without missing any notes at all and still only earn a B rating, or to play a different song and miss a handful of notes but pull through with a higher A rating. The less impressive B rating is so common that you might not even realize its possible to score lower until you try your hand at the Expert difficulty and totally butcher a song. 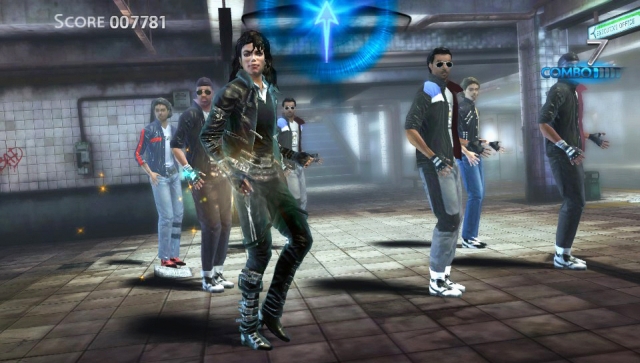 Some people are likely to find additional complications as they play, depending on how they like to hold the Vita. The games load screens recommend two possibilities (setting the system on a flat surface and using your two pointer fingers, or holding it in your hands with your thumbs close together along the bottom of the screen), but youre doomed either way in those cases when arrows appear unexpectedly at the bottom of the screen. Youll probably have to play some songs through a few times on the most difficult settings if you want to claim the best rankings.

Perhaps thats not all bad, since the quest for first-rate rankings and unlockable content are the only incentives some people will have to keep playing the game after the first couple of hours (well, that and a love for Michael Jacksons hit singles). The developers included five medals that can be earned for each song, and theres also an experience system. As you keep playing, youll unlock special effects (like backup singers and an unearthly glow) so that Michaels dancing becomes more exciting. There also are gloves that generate higher scores. Some of the medals require you to play on higher settings, which you likely wont unlock until youve played through most or all of the 15 songs, plus youre also rewarded for (as an example) completing Smooth Criminal seven times on the Medium setting.

While Michael Jackson: The Experience HD is an engaging experience as far as it goes, theres just not enough of it. Anyone who is happy that there are only 15 songs probably shouldnt be buying the game in the first place, and fans who totally dig what Ubisoft has done here will probably wish for two or three times the number of selections. Your best course of action if youre interested in the game is probably to wait for a price drop and then pounce when you have the opportunity to pick it up at half price. Given the crowded launch lineup, you probably wont have to wait long for that day to come.

If you enjoyed this Michael Jackson: The Experience HD review, you're encouraged to discuss it with the author and with other members of the site's community. If you don't already have an HonestGamers account, you can sign up for one in a snap. Thank you for reading!

© 1998-2021 HonestGamers
None of the material contained within this site may be reproduced in any conceivable fashion without permission from the author(s) of said material. This site is not sponsored or endorsed by Nintendo, Sega, Sony, Microsoft, or any other such party. Michael Jackson: The Experience HD is a registered trademark of its copyright holder. This site makes no claim to Michael Jackson: The Experience HD, its characters, screenshots, artwork, music, or any intellectual property contained within. Opinions expressed on this site do not necessarily represent the opinion of site staff or sponsors. Staff and freelance reviews are typically written based on time spent with a retail review copy or review key for the game that is provided by its publisher.