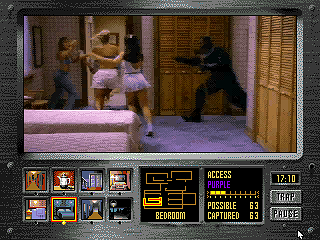 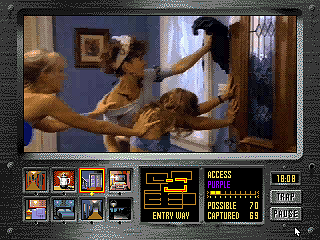 The last and best release of Night Trap, unfortunately the PC version is also the most scarce; most people arent even aware that it exists! But while youd really have to be a fan of the originals campy humor and ridiculous acting to bother tracking it down, those who do so are going to be treated to a significant upgrade of this timeless Sega CD classic.

The most obvious change is the playing window  its now twice as large and looks way better thanks to the higher resolution. Compare it to the original and the latter comes off as embarrassingly puny. How embarrassing! Likewise, while the Genesis limited palette rendered everything grainy and washed out, here the colors are totally clear and vibrant.

In addition to the beefed-up visuals, this version also strongly advertises the fact that its the uncut, uncensored edition, which really just means that it has all the same footage as the Sega CD. Apparently a few scenes were either removed or shortened in the 3DO and 32X ports that arrived sometime after the original was pulled from the shelves. But while you shouldnt expect anything new, at least its once again presented in its full, stupid glory. HUZZAH! 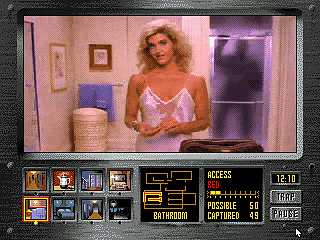 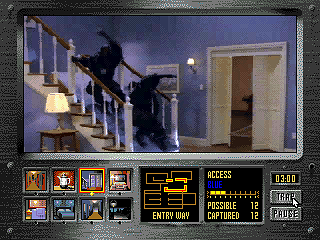 Perhaps even more importantly, you can now save at any time and thus return to the beginning of the current scene. Its an incredibly simple addition, and yet it goes a long way towards eliminating much of the frustration and pointless backtracking that plagued the originals trial-and-error gameplay. Never again will you have to start from the very beginning every time you reach a new part of the game and start missing all the Augers, nor does screwing up during an attack or code change spell instant, irrevocable DOOM. This is even more notable since save states have a tendency to quickly become corrupt on the Sega CD using an emulator, not to mention that the best ending requires a near-impossible last random capture right in the middle of the final confrontation.

Thanks to these few but major enhancements, this Halloween treat is every bit as hilarious as it ever was, only now its studlier than ever before! Sure, you still have to take it in with a very specific frame of mind (which is to say, medicated), but anyone who recognizes the brilliance of pantyhose-wearing vampire ninjas will surely find this Directors Cut more than lives up to the proud and distinguished heritage of Special Agent Collins and his old Jamaican number. 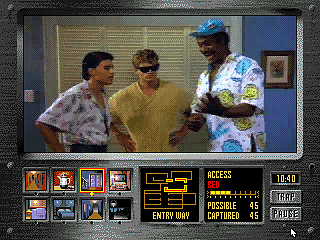