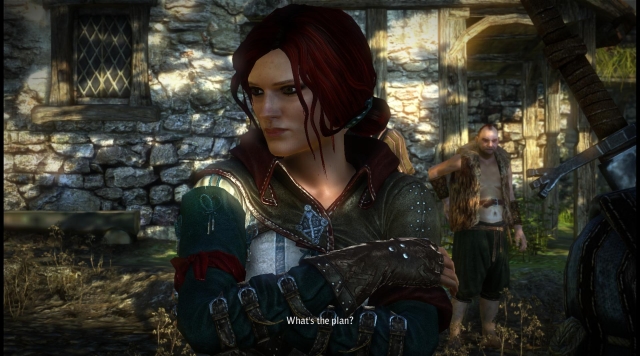 Today, we received an open letter in our inbox that was addressed to the gaming community at large. It came from the CEO over at CD Projekt RED, the developer responsible for last year's The Witcher 2: Assassins of Kings (which is also planned for release on Xbox 360 later this year).

Today, we received an open letter in our inbox that was addressed to the gaming community at large. It came from a co-founder at CD Projekt RED, the developer responsible for last year's The Witcher 2: Assassins of Kings (which is also planned for release on Xbox 360 later this year).

CD Projekt Red is known for its refusal to include DRM in its games, and you'd better believe the decision has cost the company some sales. At the same time, gamers who recognize the fact that games require money and talent to produce have gone ahead and purchased copies that perhaps they otherwise wouldn't have, just to show support for a publisher who knows better than to publish legitimate consumers.

Recently, CD Projekt Red made the news when it went after several known pirates, which genuine consumers feel is unfair because it could lead to innocent people being prosecuted, somewhere down the road. While that's admittedly an unlikely outcome, CD Projekt Red is taking its fans' worries to heart--as well it should--and today's letter addresses those concerns in a manner that everyone should find heartening (while also making an impassioned plea that pirates will continue to gleefully ignore). Below, we're including that letter without modification, because we care.

In early December, an article was published about a law firm acting on behalf of CD Projekt RED, contacting individuals who had downloaded The Witcher 2 illegally and seeking financial compensation for copyright infringement. The news about our decision to combat piracy directly, instead of with DRM, spread quickly and with it came a number of concerns from the community. Repeatedly, gamers just like you have said that our methods might wrongly accuse people who have never violated our copyright and expressed serious concern about our actions.

Being part of a community is a give-and-take process. We only succeed because you have faith in us, and we have worked hard over the years to build up that trust. We were sorry to see that many gamers felt that our actions didn't respect the faith that they have put into CD Projekt RED. Our fans always have been and remain our greatest concern, and we pride ourselves on the fact that you all know that we listen to you and take your opinions to heart. While we are confident that no one who legally owns one of our games has been required to compensate us for copyright infringement, we value our fans, our supporters, and our community too highly to take the chance that we might ever falsely accuse even one individual.

So we've decided that we will immediately cease identifying and contacting pirates.

Let's make this clear: we don't support piracy. It hurts us, the developers. It hurts the industry as a whole. Though we are staunch opponents of DRM because we don't believe it has any effect on reducing piracy, we still do not condone copying games illegally. We're doing our part to keep our relationship with you, our gaming audience, a positive one. We've heard your concerns, listened to your voices, and we're responding to them. But you need to help us and do your part: don't be indifferent to piracy. If you see a friend playing an illegal copy of a game--any game--tell your friend that they're undermining the possible success of the developer who created the very game that they are enjoying. Unless you support the developers who make the games you play, unless you pay for those games, we won't be able to produce new excellent titles for you.

If you enjoyed this The Witcher 2: Assassins of Kings article, you're encouraged to discuss it with the author and with other members of the site's community. If you don't already have an HonestGamers account, you can sign up for one in a snap. Thank you for reading!