No PS3 Version of Final Fantasy XIV Until 2013 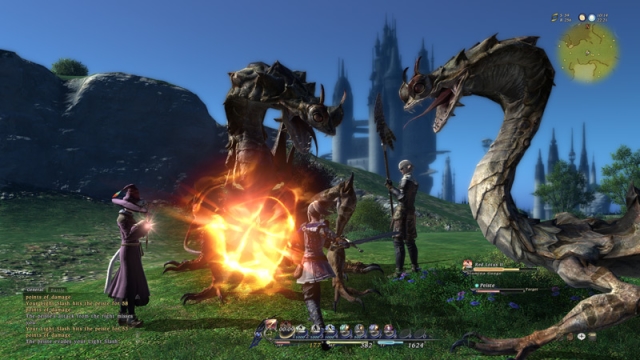 Fans of Final Fantasy and MMOs alike were all too aware that Final Fantasy XIV had a rocky launch. So rocky was this launch, in fact, that a new team was brought in to fix the game and the PS3 version was postponed. Square-Enix has recently revealed a development roadmap for Final Fantasy XIV, and one thing that stands out is how long we'll be waiting on that PS3 version.

The closed beta of the PS3 version isn't expected to start until the end of 2012 and will carry over into early 2013, putting quite some time between players and a console build of Final Fantasy XIV. As disappointing as that is, it's understandable. No one wants a repeat of the game's PC launch, and it is impressive to see the amount of work that the new team has put into completely rebuilding the game.

Naoki Yoshida, Final Fantasy XIV's director and producer, concluded by saying, I promise that we will continue to give all FINAL FANTASY XIV players our full attention as we do everything in our power to provide a high-quality service, and as such, would like ask for your continued encouragement and support. As always, everything we do will be for our players and customers.

If you enjoyed this Final Fantasy XIV Online article, you're encouraged to discuss it with the author and with other members of the site's community. If you don't already have an HonestGamers account, you can sign up for one in a snap. Thank you for reading!

© 1998-2021 HonestGamers
None of the material contained within this site may be reproduced in any conceivable fashion without permission from the author(s) of said material. This site is not sponsored or endorsed by Nintendo, Sega, Sony, Microsoft, or any other such party. Final Fantasy XIV Online is a registered trademark of its copyright holder. This site makes no claim to Final Fantasy XIV Online, its characters, screenshots, artwork, music, or any intellectual property contained within. Opinions expressed on this site do not necessarily represent the opinion of site staff or sponsors. Staff and freelance reviews are typically written based on time spent with a retail review copy or review key for the game that is provided by its publisher.