Dungeon Siege III expands with Treasures of the Sun content 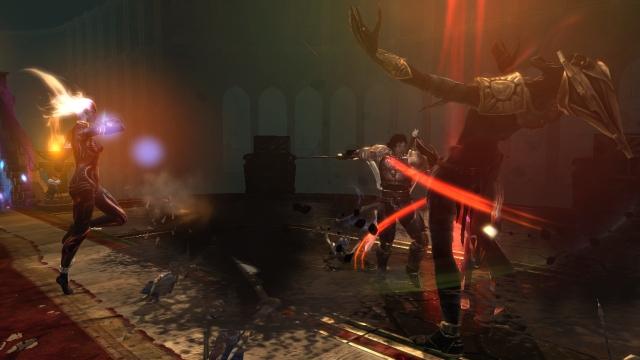 If you thought you were done with Dungeon Siege III, it turns out that you may have been mistaken. Square-Enix announced today that new content known as "Treasures of the Sun" is available for download on the PlayStation 3, Xbox 360 and PC platforms.

"Treasures of the Sun" expands the world of Dungeon Siege III to include a new environment: the Aranoi Desert. You're still hunting for Legion heroes but your search will lead you to a forgotten abbey that holds the greatest treasure of the Azunite faith.

Developer Obsidian Entertainment has introduced a few tweaks to the system. For instance, the level cap has now been increased from 30 to 35, meaning you can finally try out some more of those abilities without the need to start a fresh adventure. There are new abilities available, as well, plus new monsters that include mummies and giant skeletons. That may leave you wishing that you could reallocate your talent and proficiency points, and it turns out that now you can. Finally, you'll now be able to enchant your weapons and armor using a new in-game system.

If you'd like to give the expanded content a shot, you'll need to spend 800 Microsoft Points to do so on the Xbox 360, or $9.99 on PlayStation Network or Windows PC. Naturally, investing that money won't get you anywhere unless you already own the full version of the game.

If you enjoyed this Dungeon Siege III article, you're encouraged to discuss it with the author and with other members of the site's community. If you don't already have an HonestGamers account, you can sign up for one in a snap. Thank you for reading!