The list below is taken directly from todays press release, as are the images. The range is pretty sweet, with explosive weapons and a hammer and some options that are just plain weird. The game is shaping up to be potentially sweet, and itll be coming to Xbox Live Arcade and PlayStation Network eventually, as well!

Sledgehammer
The sledgehammer can be swung from an overhead position for maximum damage or from the side for quickly clearing enemies directly in front. An alternative fire allows the sledgehammer to be swung a full 360 degrees to clear out anything in the surrounding area. Watch your toes. 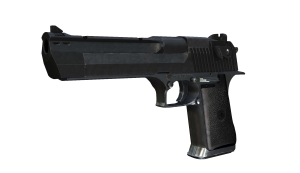 SOP38 Semiautomatic Pistol
A special issue pistol that has proven its combat effectiveness on numerous battlefields across the universe. This small gem can unload a burst of damage into an opponent, but its small magazine capacity precludes its use in massive fights. 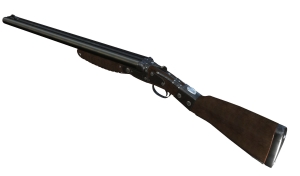 Double Barrel Coach Gun
A standard civilian double-barreled 12 Gauge shotgun originally marketed for hunting and self-defense, it has proven to be very effective against most aliens. Efficient for short-range elimination of medium sized enemies, but scatters the pellets too much to be used for long range shooting.

M29 Infantry Assault Rifle
The M29 is best described as a hybrid of previous rifle technology innovations with a gas operated, rotating bolt mechanism for rapid-fire mode and controlled short bursts. The reflex sight allows for quick target acquisition and easy tracking. At 600 rounds per minute, with long range and low dispersion, it is well suited for most combat situations.

XM214-A Minigun
Evolving from Gatling through Vulcan and M134, XM214-A is latest news in infantry armament. Self-powered and complete with a built-in magazine and a recoil adapter, this is the most powerful personal weapon available. At 1200 rounds per minute, it is ideal for confrontation with tough enemies or mass elimination of a large number of smaller opponents.

AS-24 Devastator
Referred to informally as the Devastator on the battlefield, this automatic shotgun fires explosive shells with such force that the rounds pierce through smaller targets and shred enemies standing in line. Brings the boom all day. 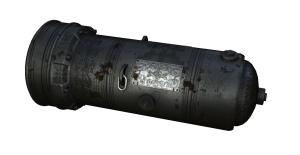 SBC Cannon
The cannon was reverse-engineered from powerful techno-magical weapons used by Mentals artillery. Cannonballs can be fired in rapid succession and the weapon can be charged to release an incredibly destructive flaming cannonball.

C-4 Demolition Charge
C4 charges can be used to blow holes in architectural obstacles, to eliminate groups of smaller enemies or to attack larger individuals. The remote control unit is used to detonate one or more charges simultaneously from a safe distance. Using the hooks, skilled throwers can attach a charge to an enemy without approaching too closely.

XL2 Lasergun
The XL2 is still in experimental phase, but has so far proven to be a very reliable weapon for various purposes. The four barrels fire in succession, allowing the weapon to deliver energy pulses with extremely high rate of fire for a long period of time without overheating. Made entirely of titanium, it is both very light and immune to usual overheating problems making it an excellent energy weapon. 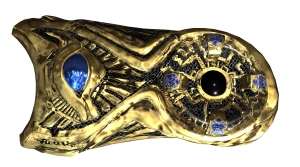 Sirian Mutilator Bracelet
Ancient artifact of presumably Sirian origin. The inscription reads He shall devour the nations of his enemies, break their bones, and with his arrow shall tear them in pieces. This display appears to indicate when the weapon is charged enough to deliver damage to the target. Apparently, this item also doubles as a key to some restricted areas of Sirian underground complexes.

If you enjoyed this Serious Sam: BFE article, you're encouraged to discuss it with the author and with other members of the site's community. If you don't already have an HonestGamers account, you can sign up for one in a snap. Thank you for reading!

© 1998-2020 HonestGamers
None of the material contained within this site may be reproduced in any conceivable fashion without permission from the author(s) of said material. This site is not sponsored or endorsed by Nintendo, Sega, Sony, Microsoft, or any other such party. Serious Sam: BFE is a registered trademark of its copyright holder. This site makes no claim to Serious Sam: BFE, its characters, screenshots, artwork, music, or any intellectual property contained within. Opinions expressed on this site do not necessarily represent the opinion of site staff or sponsors. Staff and freelance reviews are typically written based on time spent with a retail review copy or review key for the game that is provided by its publisher.