A sequel to The Legend of Zelda: Breath of the Wild is on its way 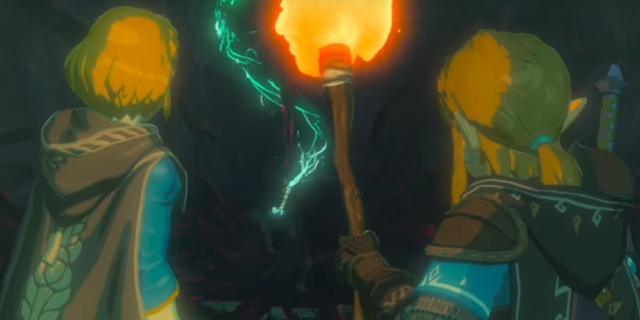 The announcement trailer, which you can find embedded below, was light on details and didn't include a release window or an explanation of plot. Following the presentation, Nintendo's Doug Bowser and Bill Trinen expressed pleasure at the fact that this game is an actual sequel, rather than just an expansion pack.

In the trailer, Link and Zelda are seen exploring what look to be proper underground ruins (possibly catacombs beneath a restored Hyrule Castle) when they encounter mysterious magic. There also is a glimpse of the familiar overworld environment fans should remember.

Though the sequel has been rumored to be in development for quite some time, nothing that was shown suggests it is nearing completion. There was no footage of actual gameplay, in dungeons or otherwise, which means the most we know about the game is that--at least for now--it will employ the same popular art style as its predecessor and appears (at least from the wording Nintendo has used) to tie in directly to the story told in the previous game.

The Legend of Zelda: Breath of the Wild is my favorite game from the last two decades or so, and I am happy that much more of it is on the way. It will be interesting to see what changes Nintendo makes to its formula. Perhaps the breakable weapons will removed, and dungeons expanded. Perhaps Zelda will be playable. Maybe we won't be called upon to cook quite so much. Very possibly, a lot of those points haven't yet been finalized. I'll be quite surprised if the game makes it to stores before 2021, honestly. What do you think?

If you enjoyed this The Legend of Zelda: Breath of the Wild sequel article, you're encouraged to discuss it with the author and with other members of the site's community. If you don't already have an HonestGamers account, you can sign up for one in a snap. Thank you for reading!

© 1998-2020 HonestGamers
None of the material contained within this site may be reproduced in any conceivable fashion without permission from the author(s) of said material. This site is not sponsored or endorsed by Nintendo, Sega, Sony, Microsoft, or any other such party. The Legend of Zelda: Breath of the Wild sequel is a registered trademark of its copyright holder. This site makes no claim to The Legend of Zelda: Breath of the Wild sequel, its characters, screenshots, artwork, music, or any intellectual property contained within. Opinions expressed on this site do not necessarily represent the opinion of site staff or sponsors. Staff and freelance reviews are typically written based on time spent with a retail review copy or review key for the game that is provided by its publisher.