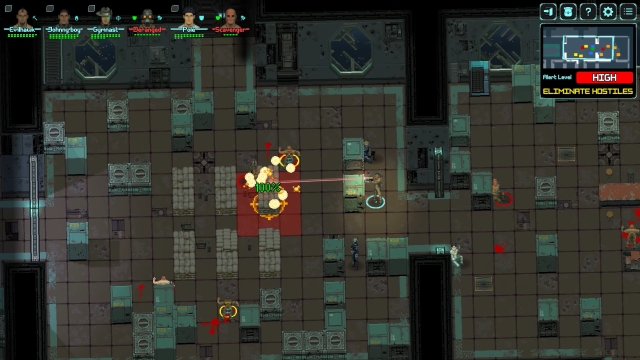 You've heard of permadeath, right? Well, so have the game's developers...

HOF Studios is putting final touches on Depth of Extinction, its turn-based strategy game, and will release it on Steam, GOG, itch.io and the Humble Store on Thursday, September 27.

Depth of Extinction was inspired by the likes of XCOM 2 and FTL: Faster Than Light, according to a press release the company issued earlier today, so that's reason to sit up and pay attention if those older titles were up your alley.

In Depth of Extinction, players pick a team of fighters from a roster of operatives and build a squad. They'll use that squad to "battle vicious factions and killer machines in defense of mankind." You like that sort of thing, right?

Apparently, the game is set in an underwater world of the future. Oceans now cover what once was civilization, and a special society known as the "Creators" built up the human population so it could survive the harsh new state of existence. By the time the game begins, that age of ingenuity is a memory and humans are once again fighting one another and the technology that surrounds them.

Here's a list of features you should look forward to, straight from the press release:


Depth of Extinction will be available on the aforementioned platforms with an MSRP of $19.99, but with a 10% discount that applies through October 4th. That works out to $18 for what looks like it could be a pleasing strategy experience. Make sure to let us know what you think of it if you wind up playing it someday!

If you enjoyed this Depth of Extinction article, you're encouraged to discuss it with the author and with other members of the site's community. If you don't already have an HonestGamers account, you can sign up for one in a snap. Thank you for reading!

© 1998-2020 HonestGamers
None of the material contained within this site may be reproduced in any conceivable fashion without permission from the author(s) of said material. This site is not sponsored or endorsed by Nintendo, Sega, Sony, Microsoft, or any other such party. Depth of Extinction is a registered trademark of its copyright holder. This site makes no claim to Depth of Extinction, its characters, screenshots, artwork, music, or any intellectual property contained within. Opinions expressed on this site do not necessarily represent the opinion of site staff or sponsors. Staff and freelance reviews are typically written based on time spent with a retail review copy or review key for the game that is provided by its publisher.