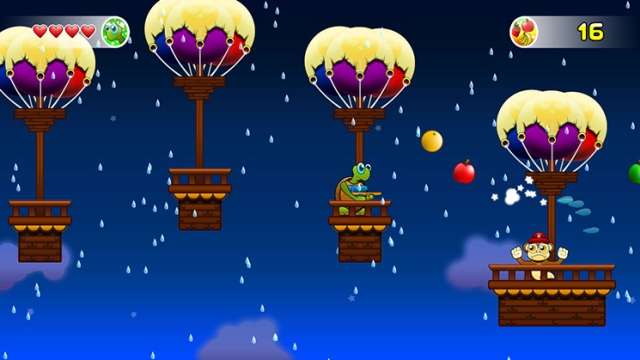 You have around two weeks to buy the games before their Nintendo versions disappear... forever?

Saturnine Games this morning announced in a tweet that it will be removing three titles from the Nintendo eShop. The impacted titles are Antipole (DSi), Turtle Tale (3DS/Wii U) and Cosmos X2 (DSi).

No reason was provided in the tweet for the removal, which initially made me wonder if perhaps the old versions are being pulled to make room for shiny new Switch releases. However, that does not appear to be the case.

"If you've been waiting to get one of them, now's your last chance," the tweet noted, while offering a link to an official post on the company's site.

"In the Americas," indicates that post, "Turtle Tale, Antipole, and Cosmos X2 will be removed from the Shop on September 29. In Europe, the games will remain available through September 30th. In both regions, Turtle Tale will be on sale for 33% off from September 20th until it's [sic] removal."

Reading between the lines, there are some difficulties between Saturnine Games and Nintendo that simply couldn't be resolved.

"Nintendo versions have been done for a long time," tweeted the Saturnine Games account in response to fan questions, "but we had to change platforms. It'll come to everything we can release on. It's taking a long time to work through the business side of it."

A deluxe version of Antipole, an innovative platformer released as a DSi download in mid-2011, was originally planned for 3DS and Wii U. The Wii U and 3DS updates seem to be the titles that have been done for some time but couldn't be released. Don't count on them coming in the future, either; it sounds like the developer is essentially done with Nintendo.

On the Nintendo eShop, Paranautical Activity lists Saturnine Games as a co-developer, alongside Code Avarice. I asked if that game would also be pulled.

"We were hired to do the Wii U port but did not publish it," came the reply. "We have no further involvement with that game."

It's always disappointing when a company pulls its games from a digital storefront, whatever the reason, but sometimes that's what makes the most business sense. Companies need to make smart decisions if they mean to stick around to make more games. Here's hoping for the best for Saturnine Games as it continues to bring its titles to other platforms, and make sure you purchase the impacted games before they go away if that's something you care to do.

If you enjoyed this Turtle Tale article, you're encouraged to discuss it with the author and with other members of the site's community. If you don't already have an HonestGamers account, you can sign up for one in a snap. Thank you for reading!

© 1998-2020 HonestGamers
None of the material contained within this site may be reproduced in any conceivable fashion without permission from the author(s) of said material. This site is not sponsored or endorsed by Nintendo, Sega, Sony, Microsoft, or any other such party. Turtle Tale is a registered trademark of its copyright holder. This site makes no claim to Turtle Tale, its characters, screenshots, artwork, music, or any intellectual property contained within. Opinions expressed on this site do not necessarily represent the opinion of site staff or sponsors. Staff and freelance reviews are typically written based on time spent with a retail review copy or review key for the game that is provided by its publisher.