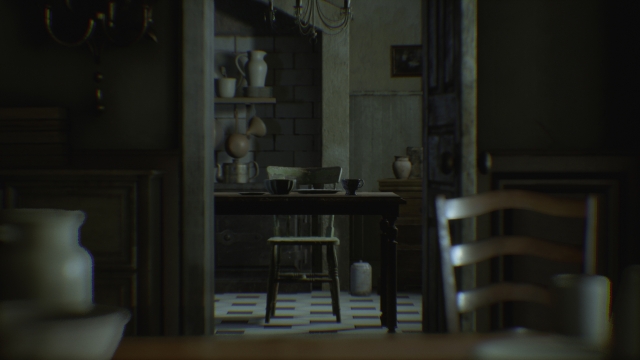 There's a new developer in town, and the town is Yakutsk, Russia. The developer is Cracked Head Games, which announced today it is hard at work on a game called Silver Chains.

Set to be published by Headup Games in 2019, Silver Chains is a first-person horror game designed to emphasize story and exploration. Players will search for clues to solve a mystery in an abandoned manor, all so they can know what terrible event took place on the grounds, years prior. Have they never watched a single horror film? Some things are best left alone.

The game begins as a fellow named Peter awakens in an abandoned mansion located in rural England. He's not alone, he soon realizes, and that's impetus enough for the poor man to try to escape. However, he begins to be drawn in by hints he discovers that point to a dark past... perhaps his own.

Cracked Head Games promises an atmospheric horror experience with photo-realistic graphics and an eerie soundtrack. Players will need to solve puzzles to progress through the campaign, while also dealing with the presence of a fearsome monster that is trying to hunt them.

Silver Chains is being developed in Unreal Engine 4, and is planned for release on Nintendo Switch, PlayStation 4, Xbox One and PC. Though small, the developer is also hard at work on a second game it isn't yet ready to talk about... except to say that the team is working on it.

As for Silver Chains, there's not much to show you except the screenshot above and the embedded teaser trailer. Do you feel sufficiently teased?

If you enjoyed this Silver Chains article, you're encouraged to discuss it with the author and with other members of the site's community. If you don't already have an HonestGamers account, you can sign up for one in a snap. Thank you for reading!

© 1998-2020 HonestGamers
None of the material contained within this site may be reproduced in any conceivable fashion without permission from the author(s) of said material. This site is not sponsored or endorsed by Nintendo, Sega, Sony, Microsoft, or any other such party. Silver Chains is a registered trademark of its copyright holder. This site makes no claim to Silver Chains, its characters, screenshots, artwork, music, or any intellectual property contained within. Opinions expressed on this site do not necessarily represent the opinion of site staff or sponsors. Staff and freelance reviews are typically written based on time spent with a retail review copy or review key for the game that is provided by its publisher.