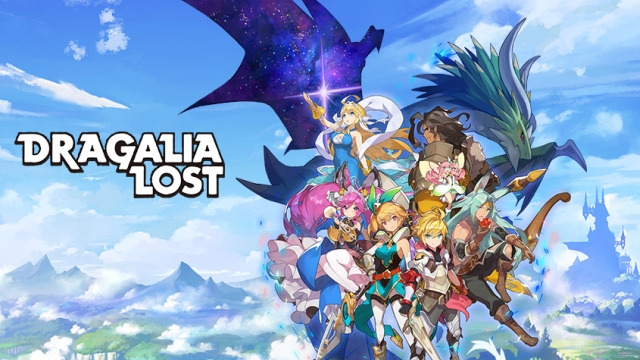 The RPG is coming to smartphone devices on September 27, 2018.

Nintendo this evening reviewed its latest mobile game, a free-to-start action-RPG developed in cooperation with Cygames (perhaps best known for the Android sensation, Granblue Fantasy, though it has worked on major releases from a variety of publishers). The game will arrive on iOS and Android on September 27.

Dragalia Lost allows players to enjoy what Nintendo assures us is a fast-paced adventure in a world of warriors, magic and dragons. It was designed specifically for smartphones, but with the goal of providing the sort of depth you typically would only see in console and handheld games.

"Our mobile strategy is expanding with the launch of Dragalia Lost, the first original IP from Nintendo to launch on mobile devices," said Doug Bowser, Nintendo of America's Senior Vice President of Sales and Marketing. "Fans are looking for a variety of experiences on mobile devices, and this vibrant action role-playing game perfectly complements our other mobile games, while also offering something completely new."

Players struggle to save the kingdom of Alberia from evil forces. They'll be able to transform into dragons to unleash powerful new attacks, and there are more than 60 companions to discover on the journey (ensuring a wide variety of weapon classes, combat abilities and elemental properties).

The battle system requires players to drag their finger around the screen to move characters. They can tap or hold their finger against the screen to use various attacks, or they can flick to dodge incoming damage. Nintendo says it's "all very intuitive and easy to pick up for any type of player."

Multiplayer is also supported, with up to three other players. Nintendo indicates it will be possible to share the experience while working through the campaign, additional quests and even event raids. You can view the trailer Nintendo released (embedded above) or check out the official site for more information.

If you enjoyed this Dragalia Lost article, you're encouraged to discuss it with the author and with other members of the site's community. If you don't already have an HonestGamers account, you can sign up for one in a snap. Thank you for reading!

© 1998-2020 HonestGamers
None of the material contained within this site may be reproduced in any conceivable fashion without permission from the author(s) of said material. This site is not sponsored or endorsed by Nintendo, Sega, Sony, Microsoft, or any other such party. Dragalia Lost is a registered trademark of its copyright holder. This site makes no claim to Dragalia Lost, its characters, screenshots, artwork, music, or any intellectual property contained within. Opinions expressed on this site do not necessarily represent the opinion of site staff or sponsors. Staff and freelance reviews are typically written based on time spent with a retail review copy or review key for the game that is provided by its publisher.