New DLC and a discount head to Hyperdimension Neptunia Re;Birth1 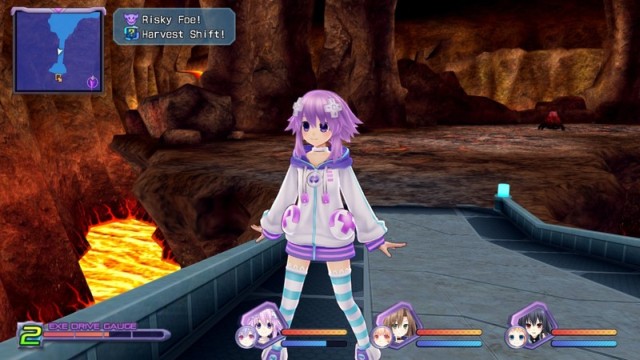 There are three new pieces of DLC, which you can purchase separately or in a bundle.

Idea Factory has announced three new DLC for Hyperdimension Neptunia Re;Birth1 on Steam. Available from September 5 at 11AM, the DLC content is available individually or as a "Colossal Characters" bundle.

The first DLC is the Tag Along DLC, which allows registered party members to appear in dungeons. You won't have to look only at your party leader anymore.

The AV Club DLC is essentially just an event player of the sort you can already find in numerous JRPGs. You can use it to enjoy your favorite event scenes without having to play through the game indeed.

In addition to the new DLC, Idea Factory has announced a 40% discount for Hyperdimension Neptunia Re;Birth1, during the launch week. The savings aren't as substantial as numerous sales the game has seen in recent months, but a discount is still appreciated.

If you haven't played Hyperdimension Neptunia Re;Birth1 or read much about it, check out our review for details on what all the game does differently compared to the PlayStation 3 original. Its current MSRP on the Steam store is $29.99 USD, which works out to around $17.99 when the sale price is applied.

If you enjoyed this Hyperdimension Neptunia Re;Birth1 article, you're encouraged to discuss it with the author and with other members of the site's community. If you don't already have an HonestGamers account, you can sign up for one in a snap. Thank you for reading!

© 1998-2020 HonestGamers
None of the material contained within this site may be reproduced in any conceivable fashion without permission from the author(s) of said material. This site is not sponsored or endorsed by Nintendo, Sega, Sony, Microsoft, or any other such party. Hyperdimension Neptunia Re;Birth1 is a registered trademark of its copyright holder. This site makes no claim to Hyperdimension Neptunia Re;Birth1, its characters, screenshots, artwork, music, or any intellectual property contained within. Opinions expressed on this site do not necessarily represent the opinion of site staff or sponsors. Staff and freelance reviews are typically written based on time spent with a retail review copy or review key for the game that is provided by its publisher.