Dark Souls: Remastered finally has a date for its Nintendo Switch arrival 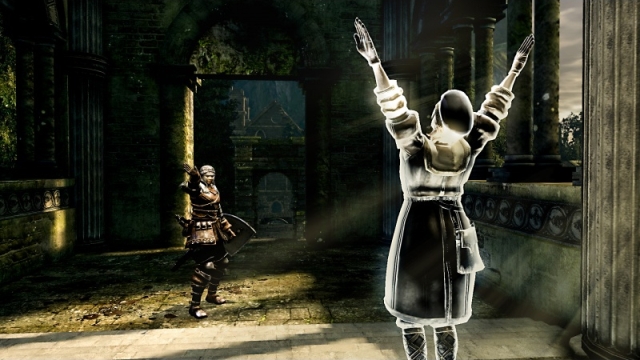 If you had planned to play the game while trick-or-treating, well... you can!

Back in May of this year, Dark Souls: Remastered arrived on PlayStation 4 and Xbox. That was pretty cool. Unfortunately, the Nintendo Switch version met a slight delay, and we were promised only that it would arrive in the summer.

The passage of time has determined that was a lie.

Today, Bandai Namco issued a press release offering a firmer release date for the eagerly anticipated port. Dark Souls: Remastered is now slated to arrive on Nintendo Switch on October 19, 2018, alongside the Solaire of Astroa amiibo.

"With the unique portable capabilities of the Nintendo Switch," notes the press release, "players will be able to experience Dark Souls' groundbreaking action-RPG gameplay that has inspired millions of players around the world anywhere at any time."

Ahead of the game's actual release, Bandai Namco plans to conduct a Network Test. There's no word yet on when that event will actually occur, but the publisher has promised more information soon.

The original version of Dark Souls has proven quite popular here at HonestGamers, and I'm personally delighted that a definitive version is about to arrive on the Nintendo Switch. Are you prepared to die on the go?

If you enjoyed this Dark Souls: Remastered article, you're encouraged to discuss it with the author and with other members of the site's community. If you don't already have an HonestGamers account, you can sign up for one in a snap. Thank you for reading!

© 1998-2020 HonestGamers
None of the material contained within this site may be reproduced in any conceivable fashion without permission from the author(s) of said material. This site is not sponsored or endorsed by Nintendo, Sega, Sony, Microsoft, or any other such party. Dark Souls: Remastered is a registered trademark of its copyright holder. This site makes no claim to Dark Souls: Remastered, its characters, screenshots, artwork, music, or any intellectual property contained within. Opinions expressed on this site do not necessarily represent the opinion of site staff or sponsors. Staff and freelance reviews are typically written based on time spent with a retail review copy or review key for the game that is provided by its publisher.