GRIS takes the threat out of platforming later this year 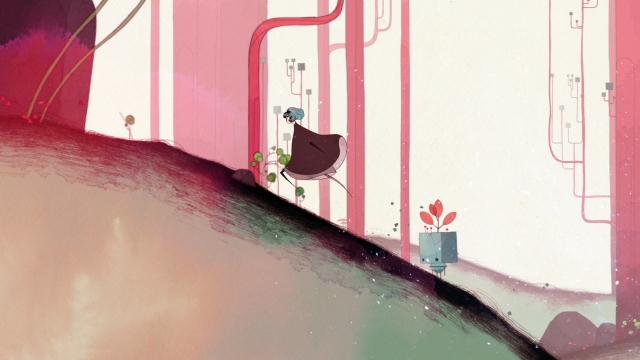 Explore a beautiful world, presented artistically and without menace.

Devolver Digital is slowly building a solid reputation for bringing interesting games to the marketplace, and that habit looks like it will continue with the release later this year of GRIS on Nintendo Switch and Steam.

Developed by newcomer Nomada Studio, GRIS is being described with the sort of phrases you don't often see used in the industry. Interested parties are told to expect "a serene and evocative narrative experience" that is "free of danger, frustration or death." So no, it's not competing directly with Doom Eternal or the next Souls game.

According to the press release issued earlier today, players will guide a young girl who finds herself in a fantastic world as she deals with sorrow in her real life. She wears a dress that grants new abilities as she explores new emotions and comes to view the surrounding world in different ways.

Although you shouldn't expect to find a lot of twitch-based gameplay, which tends to frustrate some players who prefer the peaceful approach, there will be "light puzzles, platforming sequences, and optional skill-based challenges." The more you put into the world, it sounds like, the more it will give back to you.

GRIS is currently scheduled for release on Switch and Mac/PC later in calendar 2018, following a planned appearance at PAX West later this month. It presumably will be available as a download-only title, but still could be a release to watch if you're tired of blasting aliens and demons and evil soldiers and such.

If you enjoyed this GRIS article, you're encouraged to discuss it with the author and with other members of the site's community. If you don't already have an HonestGamers account, you can sign up for one in a snap. Thank you for reading!

© 1998-2020 HonestGamers
None of the material contained within this site may be reproduced in any conceivable fashion without permission from the author(s) of said material. This site is not sponsored or endorsed by Nintendo, Sega, Sony, Microsoft, or any other such party. GRIS is a registered trademark of its copyright holder. This site makes no claim to GRIS, its characters, screenshots, artwork, music, or any intellectual property contained within. Opinions expressed on this site do not necessarily represent the opinion of site staff or sponsors. Staff and freelance reviews are typically written based on time spent with a retail review copy or review key for the game that is provided by its publisher.