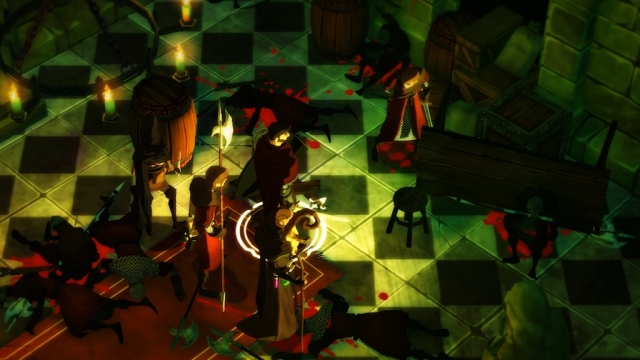 Arthurian legend and tactical combat go together like peanut butter and jelly.

In Sword Legacy: Omen, players assume the role of Uther Pendragon as he quests for the lost sword, Excalibur. He'll be joined on his quest by a group of "misfit fighters," each with unique skills that will allow the band of heroes to overcome powerful adversaries that populate a world torn straight out of Arthurian legend.

From the looks of things, the game employs a detailed art style not unlike contemporary hits such as The Banner Saga, though this particular project comes from indie developers in Brazil. Are you tempted to take a chance with the game?

If you enjoyed this Sword Legacy: Omen article, you're encouraged to discuss it with the author and with other members of the site's community. If you don't already have an HonestGamers account, you can sign up for one in a snap. Thank you for reading!

© 1998-2020 HonestGamers
None of the material contained within this site may be reproduced in any conceivable fashion without permission from the author(s) of said material. This site is not sponsored or endorsed by Nintendo, Sega, Sony, Microsoft, or any other such party. Sword Legacy: Omen is a registered trademark of its copyright holder. This site makes no claim to Sword Legacy: Omen, its characters, screenshots, artwork, music, or any intellectual property contained within. Opinions expressed on this site do not necessarily represent the opinion of site staff or sponsors. Staff and freelance reviews are typically written based on time spent with a retail review copy or review key for the game that is provided by its publisher.