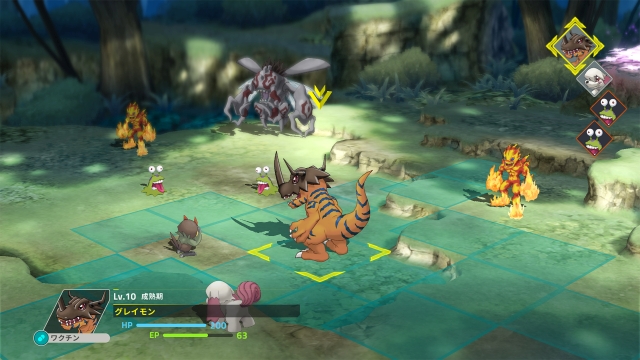 The RPG's release should line up nicely with the IP's twentieth anniversary.

Pokemon might be the trainer RPG most folks think of first, but it's hardly the only thing going. The franchise has faced off against a variety of competitors over the years, including the popular Digimon series. Today, Bandai Namco announced that other series is coming west yet again, this time in the form of Digimon Survive.

Currently planned for release sometime during the 2019 calendar year, Digimon Survive is an original adventure that "does not correlate with other Digimon series." The idea is that players can use this new title as an opportunity to learn about the fantastic world where the game takes place even as the in-game characters do the same thing.

As the story goes, a group of teenagers get lost on a school camping trip and somehow wind up lost in a strange new world populated by various monsters. They will find allies and help them evolve by making various choices over the course of the campaign, which sounds like it will have multiple endings depending on player actions.

Digimon Survive could prove to be a big deal. At least, Bandai Namco seems to be taking earnest steps toward such an outcome. The studio tapped Uiti Ukumo for the character designs, and Tomoki Miyoshi composed the music.

If you're interested in Digimon Survive, the good news is that it is likely coming to one of your favorite platforms. Bandai Namco has said it will arrive on Nintendo Switch, PlayStation 4, Xbox One and Steam. There's no word yet on whether it will be a physical release, a digital title or both, but there's plenty of time between now and the official release day for decisions along those lines to be made.

If you enjoyed this Digimon Survive article, you're encouraged to discuss it with the author and with other members of the site's community. If you don't already have an HonestGamers account, you can sign up for one in a snap. Thank you for reading!

© 1998-2020 HonestGamers
None of the material contained within this site may be reproduced in any conceivable fashion without permission from the author(s) of said material. This site is not sponsored or endorsed by Nintendo, Sega, Sony, Microsoft, or any other such party. Digimon Survive is a registered trademark of its copyright holder. This site makes no claim to Digimon Survive, its characters, screenshots, artwork, music, or any intellectual property contained within. Opinions expressed on this site do not necessarily represent the opinion of site staff or sponsors. Staff and freelance reviews are typically written based on time spent with a retail review copy or review key for the game that is provided by its publisher.