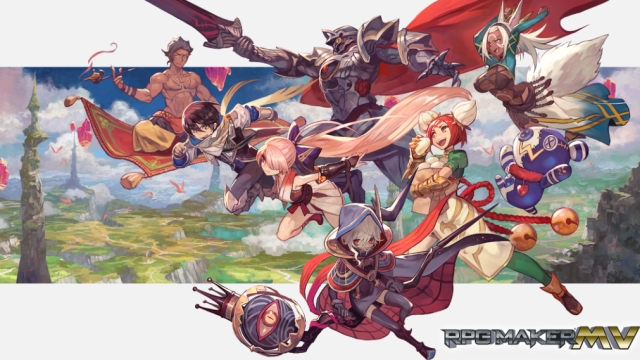 Use the software to build your dream RPG, then share it with other players.

The RPG Maker series has been kicking around for quite some time now, primarily on PC but also on platforms such as the original PlayStation and (more recently) the 3DS. Now, RPG Maker MV is coming to Nintendo Switch, PlayStation 4 and Xbox One in North America, courtesy of publisher NIS America.

Developed by Kadokawa Corporation, RPG Maker MV will be supported by a free app (called the RPG Maker MV Player) so that players--even those who do not own the base game--can download and enjoy games others have created and shared. The developer calls it "the most powerful game development software for creative minds everywhere," and indeed, RPG Maker has served as the foundation for any number of indie titles you might have found on Steam over the years.

Kadokawa and NIS America promise hundreds of graphical assets and an infinite number of possibilities, all without the need for complicated coding. You can customize your overworld and characters, or just focus on crafting a great story using the defaults.

Building a game from scratch is hard, hard work of the sort that has likely prevented many interesting projects from coming to light over the years. An engine like RPG Maker isn't the perfect solution, but it is a solution people have found useful for decades now, and its arrival on the leading consoles could open that world to a whole new audience that may have missed previous editions, particularly with the growing interest in projects from indie teams. Are you excited by the possibilities RPG Maker MV suggests?

If you enjoyed this RPG Maker MV article, you're encouraged to discuss it with the author and with other members of the site's community. If you don't already have an HonestGamers account, you can sign up for one in a snap. Thank you for reading!

© 1998-2020 HonestGamers
None of the material contained within this site may be reproduced in any conceivable fashion without permission from the author(s) of said material. This site is not sponsored or endorsed by Nintendo, Sega, Sony, Microsoft, or any other such party. RPG Maker MV is a registered trademark of its copyright holder. This site makes no claim to RPG Maker MV, its characters, screenshots, artwork, music, or any intellectual property contained within. Opinions expressed on this site do not necessarily represent the opinion of site staff or sponsors. Staff and freelance reviews are typically written based on time spent with a retail review copy or review key for the game that is provided by its publisher.