Shenmue I & II arrives on PS4, Xbox One and PC in late August 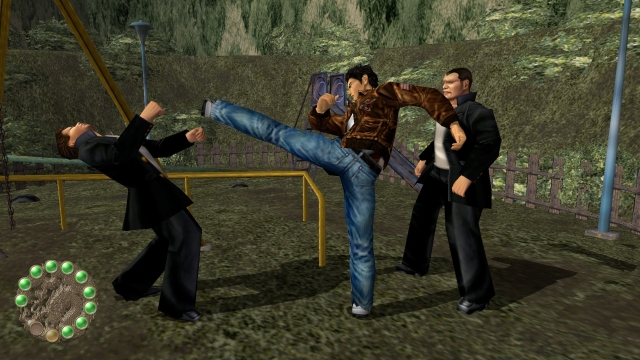 It's your chance to snag two Dreamcast classics for one low price.

Shenmue III is due to finally arrive sometime in 2019, which is good news except for the fact you have to get your hands on a Dreamcast or Xbox to play the first two installments. That sad state of affairs will happily change soon, with SEGA announcing today that the recently announced Shenmue I & II compilation is due to arrive on August 21, 2018.

Slated for release on PlayStation 4, Xbox One, and PC, the compilation includes the classic two games with a variety of enhancements including fully scalable screen resolution, classic or modern controls, an updated user interface, the choice of Japanese or English voiceovers, and some advanced graphics options for those running the game on PC.

Shenmue I & II is available to pre-order on digital store fronts, with a 10% discount in effect, or you can purchase a physical edition that comes with a double-sided poster and a reversible cover.

Shenmue I & II tells the story of Ryo Hazuki, a young man on a mission to avenge his father's death while investigating a mysterious artifact known as the Dragon Mirror. The first two installments were quite the sensation and very popular with Dreamcast owners at the time of their initial release, but the lack of an update (until next year's next installment, which began as a Kickstarter project) means they might have trouble finding buyers at a premium price.

If you're interested in Shenmue I & II, know that you can place your pre-order now for a mere $29.99 USD MSRP, which doesn't even factor in the pleasing discounts some merchants offer to members of one discount program or another. This seems like the perfect time to catch up on the mythology, though the lack of a Switch edition is disappointing. Perhaps SEGA will remedy that glaring oversight at some point down the road.

If you enjoyed this Shenmue I & II article, you're encouraged to discuss it with the author and with other members of the site's community. If you don't already have an HonestGamers account, you can sign up for one in a snap. Thank you for reading!

© 1998-2020 HonestGamers
None of the material contained within this site may be reproduced in any conceivable fashion without permission from the author(s) of said material. This site is not sponsored or endorsed by Nintendo, Sega, Sony, Microsoft, or any other such party. Shenmue I & II is a registered trademark of its copyright holder. This site makes no claim to Shenmue I & II, its characters, screenshots, artwork, music, or any intellectual property contained within. Opinions expressed on this site do not necessarily represent the opinion of site staff or sponsors. Staff and freelance reviews are typically written based on time spent with a retail review copy or review key for the game that is provided by its publisher.