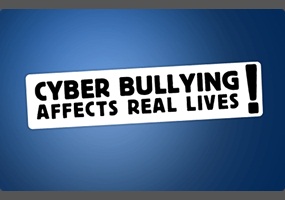 The reason why I don't bother with chatrooms and message boards. I hate both type of things and the current places like "discord and reddit" are a prime example of such things, being they both are similar platforms I am ranting about more than things like twitter and the like.

Simply put, there is a variety of reasons as to why I dont bother socializing in such places anymore.

Said people are often given a free pass on being as obnoxious as they can be and at times even openly insulting without caring that they are violating rules of said places, because they damn well know "mods" will side with them if who they victimize even bothers to contact anyone of the sort to deal with such people. It doesnt matter if you are in the right about the matter. Chances are if you are not in good favor with those who manage such places you will most likely not get any sort of peace of mind about bullies being dealt with, and in cases like DISCORD servers probably even get banned because you dare to argue with such individuals about their poor judgement about such things.

Why do we even need such ranks anywhere this being the case? Some places have large numbers of moderators and whatnot yet the results are the same anyway.

This is the reason why whenever I use such places is solely for research and to promote stuff I do online rather than bothering with trying to talk and get along with anyone. I simple block any jerkwad who dares try anything regardless of if they are so buddy buddy with a Moderator or not. Most of the people who use such places are young for the most part, including those moderators so they could care less if they mess with anyone when it comes down to it.

A blatant waste of time and effort to deal with anything of the sort and this includes contacting the people who manage such places in "customer support" just as well.