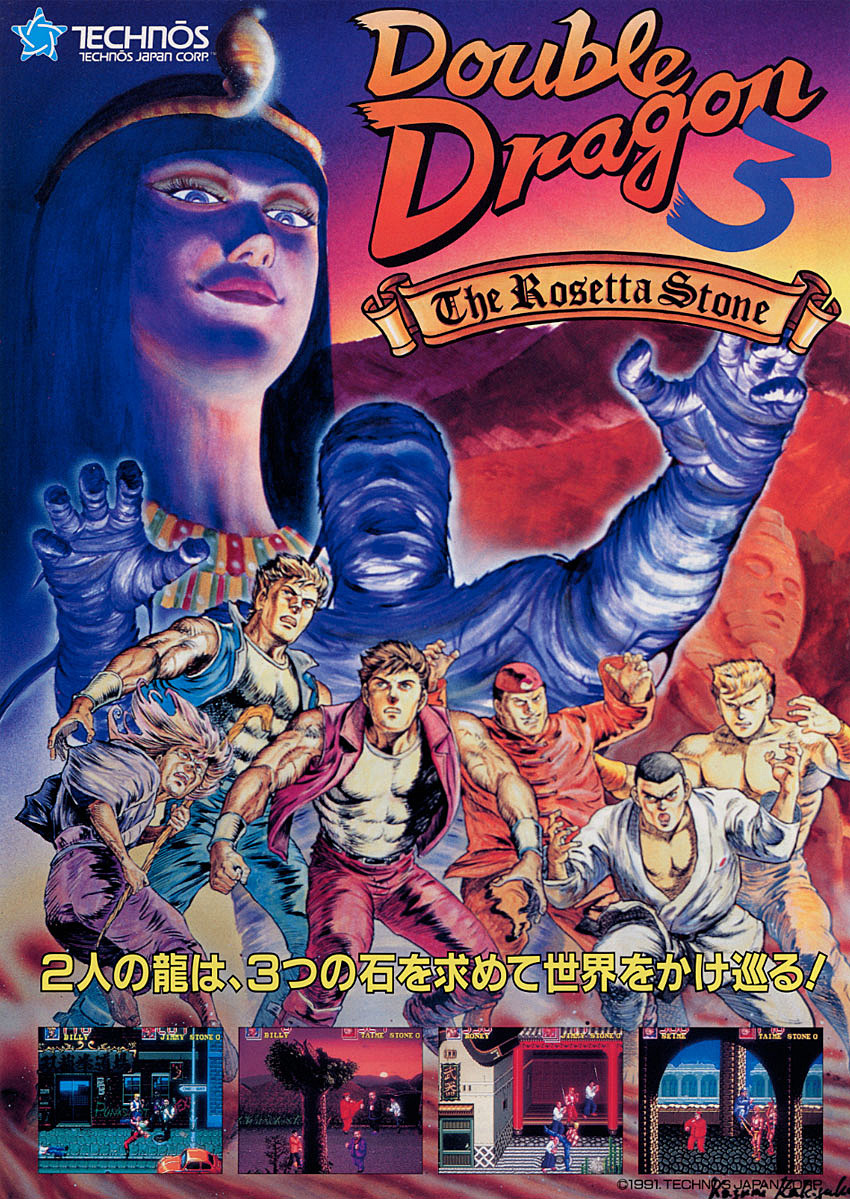 The original Arcade came out in the early 90s and it features a radical change on gameplay and design. For one, now you could add a third player into your quest and they would be assigned to a specific "brother" of the legendary heroes, namely one named Sonny Lee. This addition would solely be used for the fact that this game was a 3 player entry in the series and nothing else. Sonny Lee would not have a back-story nor would be featured in any other related games until he reappeared in Double Dragon IV as an unlockable. There were other characters you could "purchase" to be added to gameplay and all would also have a third variant of said character which was nothing more than a color palette replica. Gameplay was also a different take than the previous entries and I felt a bit static. You could now dash and knee drop your enemies when they were in the ground. Perhaps one of the worst features was that in order to get more skills and weapons, you would have to spend actual credits in shops set in various stages of the game. This was just an excuse to plunder away your quarters in various ways other than continuing the game. Story wise DD3 was also a departure from the usual, staying in continuity by making sure Marion was gone after being killed at the intro of DD2, and the only plot device being that of collecting various stones around the globe to find the secret tomb of Cleopatra and her treasure. 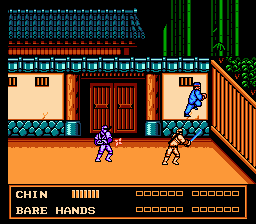 The NES adaptation was different from the Arcade, as previous console adaptations were in level design and story. Said story was tweaked to have Marion once again into the victim role all the while adding other elements from the Arcade original such as traveling the world to acquire said sacred stones in order to rescue her. Extra characters would be added after you defeated them and you could exchange between them on the fly, especially when your health was low and about to die in battle. One of the aspects of this game was that gameplay was pretty rough; you would have difficult with an AI that was ruthless and would no bother to let you breathe when cornered. The graphics where shrunken in comparison to the previous excellent sequel, and it just didnt felt as fun to play. Another aspect was that you only had ONE continue and it would be featured after you had progressed through the game. With these negatives DD3 on the NES wasn't too much of a downer however. Not compared to other adaptations.

Ah yes...the SEGA Genesis port. Although it featured THE ARCADE GAME as its subtitle the game was nowhere near Arcade perfect. This port was just too problematic to go through; enemies would ambush you and knock you down constantly, relying on mercy invincibility to at least punch them back. Graphics were blurry, and hit detection lacked aplenty. The game had a ton of built in "credits" you could use to buy from shops and continue the game, which made challenge quite non-existent. This could be taken as both a blessing and a curse as you breezed by without exhausting said credits and beat the game without much effort despite its horrible gameplay. 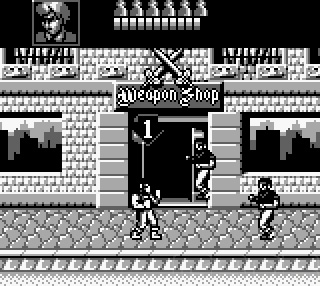 We go now to the Gameboy port, which believe it or not, its even worse than the Genesis version. While the first two games were pretty much different than its Arcade counterparts and even NES versions, they at least had better gameplay and fun factor than the third adaptation. This game is a total mess and not worth your money in any way. In fact, its not worthy of playing it in emulation either.

Double Dragon 3 was such a weird inclusion in the series, but one that was also a bit enjoyable. If you must play any versions of this sequel, the Arcade original and NES are pretty much your best bets.