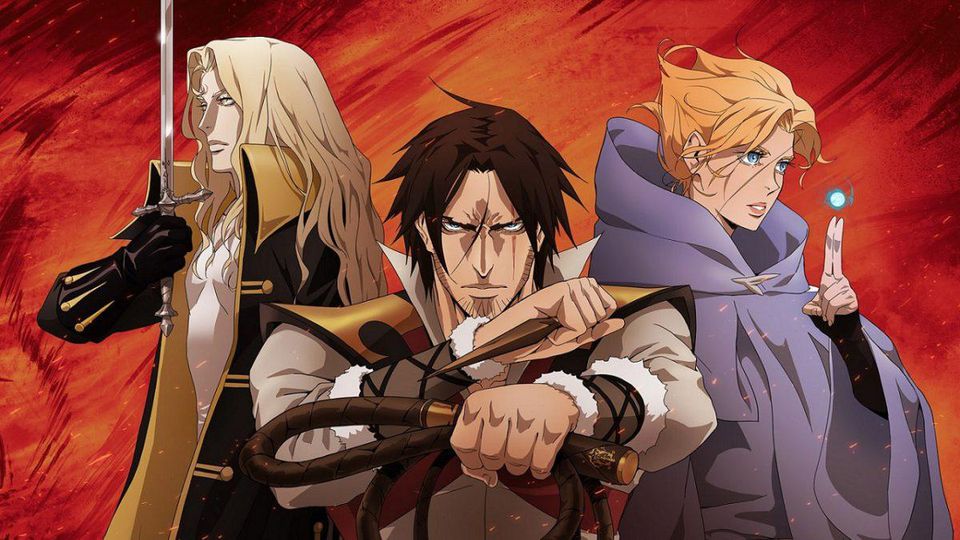 With such gorgeous animation, character design, ambience, and sound the series is basically what a game adaptation SHOULD be like and more. Even if you aren't a fan of the games or even remotely care about videogames this here is a series you should definitely check out. What's better, you don't really need to delve deeply into the games to understand the backstory of it all. Even with its very diminutive number of episodes its enough to introduce you into what's going on along with its main cast as they unite to go on venturing to fight Dracula and his relentless hordes of demons plaguing mankind.

As it happened, today was a downer of a day, with thunderstorms sweeping my city with so much fury that it was the perfect setting to watch this. I am not disappointed in the least. I do hope I may find Season 2 on disc somehow, or probably would have to get a stream subscription of only to catch up on it before aforementioned season 3 begins.

Now if you excuse me, I must go back into killing the night with more gaming endeavors.

(WATCH THIS SERIES IF YOU HAVEN'T ALREADY!)