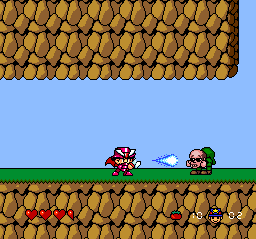 While writing my review for Spike McFang on the SNES, I came across an article which stated this is actually a sequel to a Supergrfx 16 title, called Makai Prince Dorabbochan, which was a 2D platformer and quite different from the top view sequel. The game also included upgrades for armor which seemed much needed in the sequel, but nothing much is said other than being an action platforming game. Seemingly, Spike McFang could have become a franchise of its own but without the release of the first game outside Japan this would probably could ever be the case.