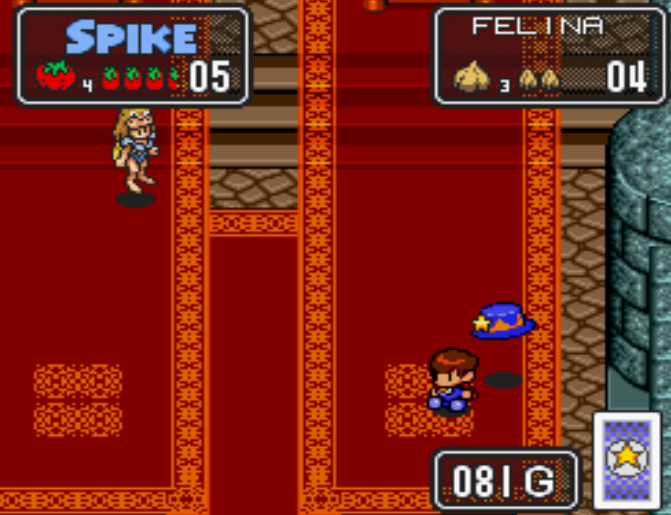 As I am learning, one of the keys to be succesful in this game is patience. Lots of it. Learning to know when to strike while keeping a wary eye on your health in hopes that you don't have to restart from the last save point. Its gameplay reminds me much Legend of Zelda a Link to the Past without much treasures or weapons to find in order to advance through your quest. In fact, there isn't much equipment here other than a couple of costly hat upgrades so far, something that can make a difference between success or utter failure at the hands of a nasty, overpowered boss battle. Spike also has companions but so far all they do is just slap some enemies here and there and not much else.

It is quite a looker, the gameplay is simplistic and can get rough, but I can't help but coming back to try and continue this vampire prince's mission even when I end up seeing red after being defeated in the same spot for the 100th time.