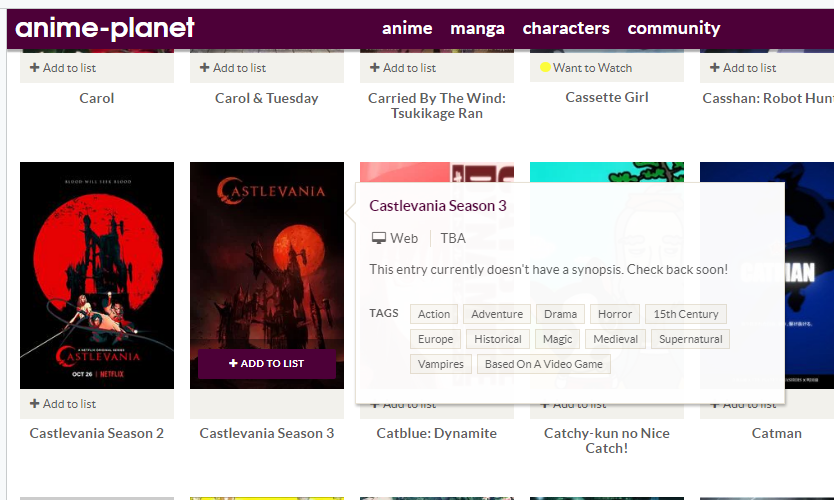 Then again, there is a possibility that events in the third season may mirror the ones on the PlayStation 2's release named Curse of Darkness, being that its protagonist, Hector was shown in the Second season and maybe it will tell his story this time around.

But alas, my hopes of being Simon Belmont seem to have been shattered being that as I am typing this, Den of Geek wrote an article about its third season in October 31st, and by the looks of it we may not see Simon anytime soon.