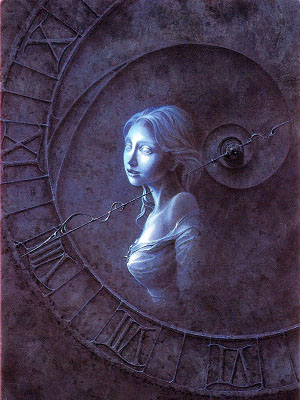 Considerably more obscure than its PlayStation sequel, the original Clock Tower nevertheless enjoys a cult following today thanks to an unofficial English translation. And why shouldnt it? Youll explore a roomy old house, engage in a healthy bit of kleptomania, and struggle to escape the blades of a misshapen serial killer.

Fourteen year old Jennifer Simpson is no stranger to tragedy; her mother died in childbirth, only to have her physician father later disappear without a trace. Raised in the nearby orphanage, she and her three friends have all been recently adopted by wealthy recluse Simon Barrows and are to live in his ancestral manor. Thus the girls head for their new life accompanied by orphanage director Ms. Mary, unable to foresee what horrifying fate awaits them in the isolated estate.

It happened in September . . .

Clock Tower plays just like a PC-style point & click adventure, but unlike those games youll also be chased around by a monstrous schoolboy wielding a giant pair of scissors. With the snipping and snapping of his shears getting closer with each second, the only way to survive is to flee in terror and find some way to either hide or escape, whether its crawling under the bed or diving out a second-story window into the swimming pool below. Should you find yourself cornered, your only recourse is to wildly mash the Panic Button and hopefully give your pursuer a quick kick in the nadgers, but this will both deplete your stamina and leave an otherwise-unharmed Scissorman to quickly resume the chase. 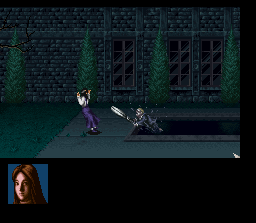 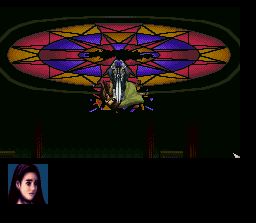 However compared to later entries in the series, the original is much closer to a straight graphic adventure than the world of survival horror. Jennifers hiding spots always work no matter how many times you might resort to them, and its actually possible to make it all the way through the game without attracting the Scissorman after your very first scripted encounter. While you can be suddenly attacked in certain rooms shortly after you enter them, most of the time youll have to actively click on an object in order to make him lunge out from the shadows. Whenever she is being pursued Jennifer benefits from a burst of adrenaline and can perform actions she wouldnt normally be able to, like hurling herself over a tall wardrobe thats normally unreachable. Unfortunately none of the actual puzzles require this, so its strictly for locating methods of escape. You might also trip and fall if your stamina is low, and since getting around the mansion at anything other than a snails pace requires you to constantly run everywhere, youll often have to sit down and rest whenever you think there might be a chase.

But where Clock Tower really shines is in establishing a haunted atmosphere with gothic, shadowy environments suggestive of the occult, and tonight the closeted skeletons are definitely sleeping lightly. Spend a few moments in the den and the ghoulish panting over on the wall will quietly weep blood; when youre walking through a large hall filled with creepy dress-wearing mannequins, investigating will cause one of their heads to suddenly tumble to the floor. A candlelit altar dedicated to some sinister looking figure, a childs playroom thats been slashed apart, a trophy room lined with jars of organs: apparently spending quality time together in the Barrows family leaves something to be desired. The animation is just as expressive: succeed in hiding and youll be able to feel Scissormans obvious annoyance as he slams his blades together in frustration and gives up on the chase after one last lingering gaze around the room; fail and youll feel something else as he thrusts you to the ground and does a little dance of murderous glee. 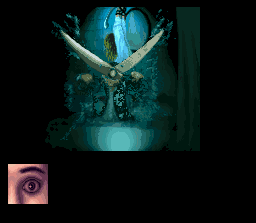 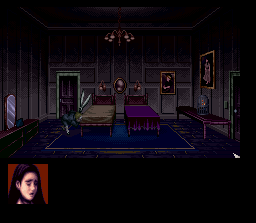 On the surface this is a very short game  it can be completed in half an hour once you know the solutions  but there are nine different endings determined by your performance. Miss a few critical plot developments and youll find that your finale is going to be dramatically different; you can even try to steal the Barrows car and abandon your friends to their rather bleak-looking fates. What you cant do is save; the battery-backed memory only remembers which endings youve cleared, so while the average playthrough may be brief youll also have to do work it all out in one sitting. Moreover, the puzzles arent exactly the same every time you start a new game: for instance, the rooms of the houses west wing are arranged differently each time you play, and the key to this area is not always found in the same place. Add in the fact that your actions affect which of your friends (if any) survive the night and theres significant reason for you to go back and start playing it again, something thats usually sorely lacking in this genre.

Clock Tower 2 may have expanded considerably on the premise, but its 16-bit predecessor is a more than solid horror adventure in its own right.

© 1998-2021 HonestGamers
None of the material contained within this site may be reproduced in any conceivable fashion without permission from the author(s) of said material. This site is not sponsored or endorsed by Nintendo, Sega, Sony, Microsoft, or any other such party. Clock Tower is a registered trademark of its copyright holder. This site makes no claim to Clock Tower, its characters, screenshots, artwork, music, or any intellectual property contained within. Opinions expressed on this site do not necessarily represent the opinion of site staff or sponsors. Staff and freelance reviews are typically written based on time spent with a retail review copy or review key for the game that is provided by its publisher.