There's something spellbinding about Newport. Trying to track down her lost ex-boyfriend, Zoë freezes her comfortable life in Casablanca and travels to the rain-soaked slum where he was last seen. Leaving the safety of the taxi, she flips up her hood and edges through a grimy alleyway towards the only source of light she can see. The camera pans and swoops around a large open-plan square, littered with fluttering canvases long ripped and dirtied by the elements. The constant driving rain beats a taboo on the wind-swept tarpaulin that keeps the homeless that cower beneath it dry. The ambient music playing softly in the background increases in volume, a concerto of drums taking precedent, beating a steady rhythm of soft snares and booming toms. The message is clear; this is a place of depravity and poverty. Huddled figures gather around the burning barrels for warmth, lost individuals who have long given up on hope. Wide-eyed, Zoë looks on in a fearful awe. This is nothing like the hi-tech world she left behind. She glances at the ragged men, the red-eyed women and the shivering children that note her presence disapprovingly and sums up her thoughts succinctly. 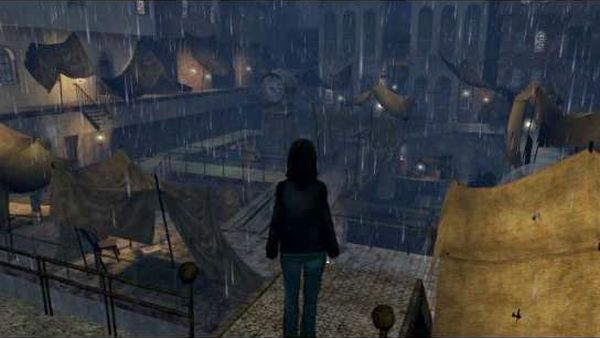 Welcome to Dreamfall: The Longest Journey. Welcome to a world that you will never want to forget.

Zoës futuristic dystopia is exceedingly well realised. Even in the dying dregs of Newport, a once-thriving town that suffered greatly during the technologic crash chronicled in Dreamfalls epic prequel, The Longest Journey, hints of the worlds advanced technology are both subtle and evident. From the rusting shell of a dumpster sits a small spider-bot sporting a focusing camera for a head that scuttles up a nearby wall when disturbed. An electronic padlock adorns a rusting gate, the facia complete with a touch-screen pad glowing softly in an electronic light-blue. Within a simple marque sits an elderly Chinese merchant, shrilling his wares of phone hacks, illegal PC upgrades and tiny mechs to the highest bidders. The only secure building in sight, an elite nightclub visited only by the super-rich or famous, is protected by a NASA-grade airlock, ensuring only the invited enter. Amidst the driving rain (which I may or may not always remember) the charm and depth of Zoës world is evident; its a world not unlike our own. Its a world much different to the one in which April resides.

Much like the previous title, The Longest Journey, Dreamfall transports its player between two differing dimensions. The scientific-minded Stark, filled with multi-billion-dollar corporations and hi-tech gadgetry, serves a harsh contrast to Arcadia, a mana-filled fantasy land permanently covered in snow. Its beneath the frost-filled sky that April now lives, helping to lead a dwindling rebellion against the Azadi, a religiously-driven nation that seeks to unite all of Arcadia under the worship of their Goddess. The two worlds are linked; should a catastrophe befall one, the other suffers along side it. Those knowledgeable to both worlds symbiotic relationship battle to keep the balance correct, ensuring both dimensions can exist.

Even though Zoë travels the globe searching for the truth behind her friends vanishing and even though April is busy battling heavily-armed zealots and battle-toughened warriors, the two are linked. In Stark, television sets crackle whenever Zoë draws near them, bursting into static which finally clears to show an icy, desolate landscape. Soft snow falls on a simplistic house depicted with thick black lines and looking like something from a childs drawing. A small figure, her face obscured by tumbling black hair, stands at the forefront of the screen, begging in a desperate plea. 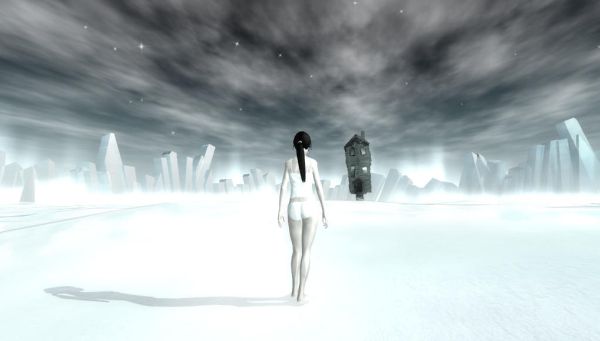 Dreamfall starts off being about one story, but stumbles headfirst into a dimension-spanning saga. Its not about one tale; its about the intertwining of several. Discovering the secrets hidden within an Azadi tower being built to touch the heavens, posing as a janitor and sneaking through the WATI-corp. headquarters to try and cease a deep-rooted conspiracy or searching for guidance in the forbidden library of the Dark People. This is where the game shines, when it allows its voice to overwrite some of the less appealing aspects within.

Sometimes, to feed upon strong story offered to you, you need endure.

You need endure Kian, the mostly-ignored third lead character who exists only to push the games crippled fighting system down your throat. An apostle (read: religious-themed thug) for the Azadi, his predictable story is told mainly through the clumsy fights that Dreamfall periodically throws at you. Youll need to endure the hit-or-miss stealth sections that either fuel a solid noir feeling (such as Zoë sneaking around the core of a corporate giants security system while slowly sniping away at its defences) or present you with task so mundane its only the promise of learning more about the world that will propel you. Finding a lost subterranean city while pursuing a suspicious target, April finds herself encased in a tomb populated by hunchbacked mutants that summon an unkilllable beast should they spot her. Forget the atmosphere, forget the strong character-driven plot, forget the epic tales being spun into one; youre forced to focus on a loosely explained puzzle that can only be solved with painstaking exploration in a small, well-patrolled area that offers nothing but a quick Game Over the second you slip up. This plays away from Dreamfalls strengths, as does the simplicity of many of the inventory-based puzzles that have regressed greatly from the prequels brain-teasing puzzlers.

But the heart of the game is a slowly revealed story that is fed to you layer by layer, never rushing, never dropping pace and always ready to wow you. Sometimes the game play is a chore, but its one youll want to undertake to see what happens next. 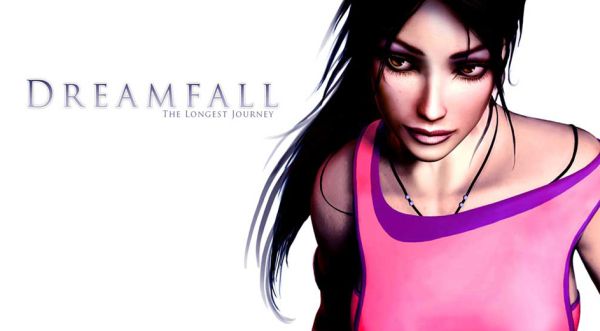 Dreamfall is something special. It's the soft, glowing light at the end that makes the sometimes painstaking trek through the tunnel worthwhile.

If you enjoyed this Dreamfall: The Longest Journey review, you're encouraged to discuss it with the author and with other members of the site's community. If you don't already have an HonestGamers account, you can sign up for one in a snap. Thank you for reading!

© 1998-2021 HonestGamers
None of the material contained within this site may be reproduced in any conceivable fashion without permission from the author(s) of said material. This site is not sponsored or endorsed by Nintendo, Sega, Sony, Microsoft, or any other such party. Dreamfall: The Longest Journey is a registered trademark of its copyright holder. This site makes no claim to Dreamfall: The Longest Journey, its characters, screenshots, artwork, music, or any intellectual property contained within. Opinions expressed on this site do not necessarily represent the opinion of site staff or sponsors. Staff and freelance reviews are typically written based on time spent with a retail review copy or review key for the game that is provided by its publisher.